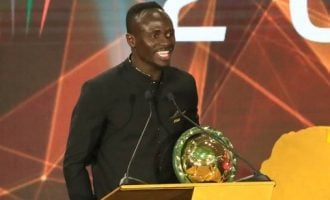 Senegal's Sadio Mane has beaten Mohamed Salah, his colleague in Liverpool, and Riyad Mahrez of Algeria, to be crowned 2019 Confederation of African Football (CAF) player of the year.The continent awards which celebrate African footballers and officials who have distinguished themselves during 2019 saw Mane win the prestigious award on Tuesday night -- on his fourth attempt.The Senegalese was finalist [...] 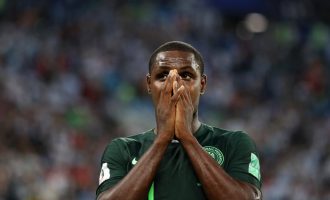 The Confederation of African Football (CAF) has released its final contenders for the 28th edition of its annual football awards, with Victor Osimhen, Samuel Chukwueze, and Asisat Oshoala as the representatives for Nigeria.While Odion Ighalo, former Super Eagles forward, who was the highest goal scorer during the African Cup of Nations (AFCON) qualifiers and tournament, failed to make the final cut, Liverpool's duo [...] 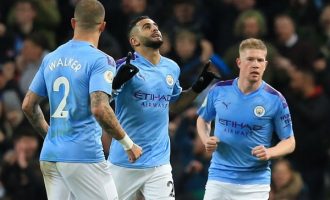 Algeria's Riyad Mahrez scored as Manchester City came from a goal down to defeat Leicester City, his former club, 3-1 at the Etihad stadium.In the battle of the challengers, it was the third-placed defending champions who proved their mettle with Ilkay Gundogan and Gabriel Jesus' goals ensuring victory against Leicester, who had Super Eagles of Nigeria's Wilfred Ndidi on the [...]

Head coach of Algeria, Djamel Belmadi has revealed that the 2-1 defeat of the Super Eagles was well planned.Belmadi said at the post-match press conference that he made sure Ahmed Musa and Samuel Chukwueze never had the chance of making runs from the wings.Musa and Chukwueze were contained by Sofiane Feghouli and Adlane Guedioura from running the Algerians aground from [...] 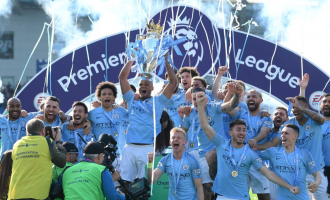 Manchester City has been crowned champions of the 2018/19 English Premier League season, clinching back-to-back titles.Pep Guardiola's men clinched the EPL title with a 4-1 victory over Brighton at the Amex stadium on Sunday in an unprecedented title race.Man City now becomes the first team to retain the title back-to-back since Manchester United a decade ago.Glenn Murray's header in the [...] 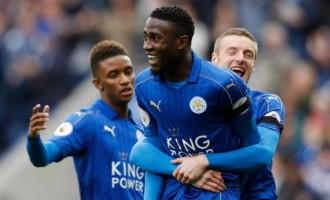 Claude Puel, Leicester City coach, says Super Eagles midfielder Wilfred Ndidi is the most consistent player in his squad.Puel said Ndidi's game has greatly improved since the start of the season.“Since the beginning of the season, Wilfred is the most consistent player because he plays well, he recovers a lot of ball,” Puel told Leicester Mercury.“Perhaps in his last game (against [...] 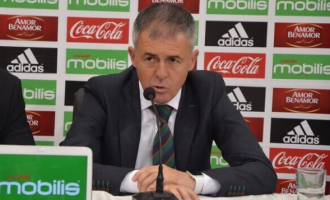 Algeria's newly appointed coach Lucas Alcaraz says his team's chances of qualifying for the 2018 FIFA World Cup will be possible by defeating Zambia before facing Nigeria in the last group game.He said the Algerian side will face Nigeria's Suer Eagles with high morale if Zambia can be beaten.Algeria is presently bottom of Group B after a 1-1 draw with [...] 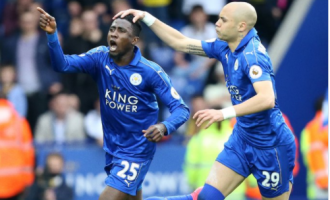 Wilfred Ndidi scored his second English Premier League goal on Saturday as Leicester recorded a 3-0 win against Watford at the King Power Stadium.The Foxes were hardly ruffled for most parts of the game.Ndidi opened the scoring for Leicester by taking advantage of Watford's failure to deal with a corner kick.The Nigerian midfielder struck a low shot with the side of [...]

Ahmed Musa, the Nigerian winger could not save his club from being thumped 4-2 by Everton at the Goodison Park stadium on Sunday. Musa- who netted twice in Leicester’s FA Cup victory at Goodison back in January replaced Jamie Vardy in the 61st minute.Leicester City have now lost a game under caretaker boss Craig Shakespeare, who has all-but guided the Foxes [...] 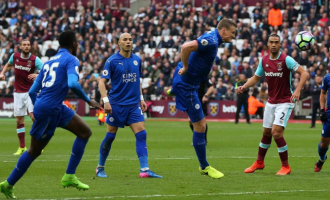 Ndidi helps Leicester win first away game of the season

Nigerian midfielder, Wilfred Ndidi, played from start to finish as Leicester continued a resurgence which began after Claudio Ranieri was sacked.The English Premier League champions on Saturday secured their first away win of the season in the 3-2 defeat of West Ham United at the Olympic Stadium.As early as the 5th minute, Jamie Vardy and Riyad Mahrez combined neatly for [...] 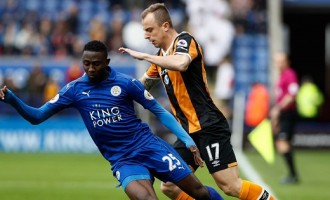 Nigerian Wilfred Ndidi was impressive in the 3-1 routing of Hull City at the King Power Stadium on Saturday.The Foxes' win is extremely vital as it gives them momentum to build on following the sack of coach Claudio Ranieri.The hosts went behind early on but they hit back through Christian Fuchs and Riyad Mahrez, after which an own goal by [...]

George Leekens, the Algerian tactician has resigned as the Fennecs coach following the failure of the team to qualify to the next round of the Africa Cup of Nations in Gabon.Leekens succeeded Milovan Rajevac who resigned after the home 1-1 draw against Cameroun in their first World Cup qualifier game on October 9.He resigned after he Algeria could not get [...] 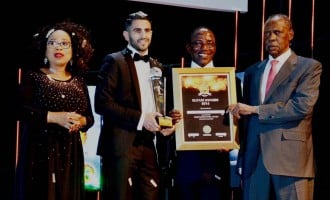 Riyad Mahrez, Dessert Warriors of Algeria and Leicester City forward, says the English Premier League champions can not win the UEFA Champions League.Asked by TheCable if his club could shock Europe just like like it did England by winning the premiership, Mahrez said: "It will be impossible to win the Champions League. No! That will be impossible."‎Obviously, what happened last season was [...] 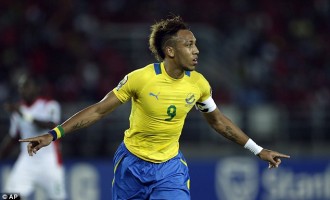 Current African footballer of the year, Pierre-Emerick Aubameyang of Gabon will compete with Algerian Riyad Mahrez and Andrew Sadio Mane of Senegal for the 2016 edition of the award.The trio were announced in a statement by the Confederation of African Football (CAF) on Thursday.Aubameyang‎ is the current holder of the award for the year 2015."The trio made the cut following [...] 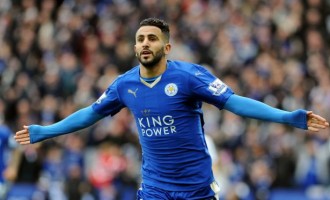 Riyad Mahrez has defeated Sadio Mane of Liverpool and Pierre-Emerick Aubameyang of Dortmund to become the BBC African Footballer of the year.Mahrez was selected through an online worldwide fan vote by BBC and announced on BBC Focus on African TV on Monday evening.The Leicester winger was the only finalist not to have been previously shortlisted for the award.He was one [...]

Last-gasp penalty gave Leicester city a lifeline to share the point with Middlesbrough on Saturday as the match ended 2-2.Successive defeats to West Brom and Watford have left last season’s surprise title winners looking anxiously over their shoulders.But they are flying in Europe after topping their group to reach the Champions League’s last 16 with victory over Club Brugge on [...]