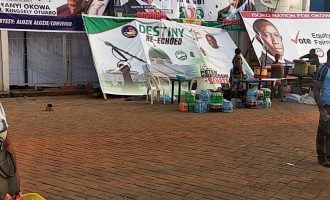 The scoreboard of the Stephen Keshi stadium collapsed on Monday night -- only six months after its installation.The scoreboard was installed during the 2018 African Senior Athletics championship, Asaba 2018.According to SaharaReporters, the residents of the popular Nnebisi and commuters plying the road narrowly escaped death after the electric scoreboard at the newly commissioned stadium in Asaba, Delta state, collapsed.Tony [...] 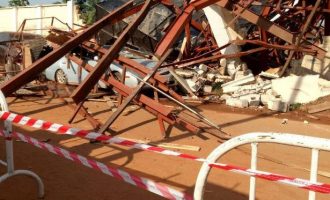 A tragedy was on averted at the Stephen Keshi Stadium, Asaba, venue of the ongoing African Athletics Championship, after an overhead tank collapsed.No casualties were recorded in the incident which took place on Thursday.According to Celestine Karoney of BBC Africa, part of the newly built stadium caved in, destroying three vehicles parked close to the overhead tank."A Kenyan official actually [...]