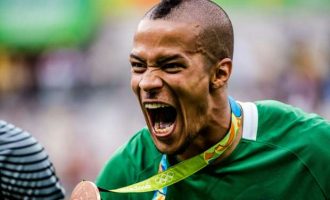 Troost-Ekong: Oliseh said I’m too soft for African football — I have proven my point

William Troost-Ekong, Super Eagles defender, says Sunday Oliseh's criticism motivated him to excel.He said the former Eagles coach once described him as "too soft for African football" after an international game.In an interview with UK Telegraph UK, the defender said: "My partner at centre-back is half-German, half-Nigerian, so he is the same as me."After a game, he said we [...] 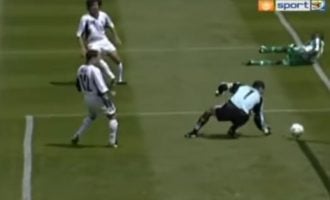 The Super Eagles were the underdogs when they faced a formidable Spanish team at the 1998 World Cup in France.The Nigerian team coached by Velibor Bora Milutinovic did not adequately prepare for the tournament, yet a lot was expected from the players.After a good outing at the 1994 World Cup, many Nigerians hoped for an improved performance in France. However, [...]

France 1998: How the Eagles won and lost the battles

You would not be wrong to say that complacency, arrogance and in fighting killed the dreams of the 1998 Super Eagles squad. The praises of Nigeria continued after the 1996 Olympic Games, when we won the Gold medal after a nail biting final against Argentina. We navigated our way in the 1998 World Cup qualifiers in a group that also included Burkina [...] 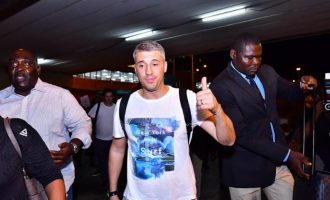 Hernán Crespo, Argentine football legend, on Saturday said Austin 'Jay Jay' Okocha is the greatest Nigerian player.Crespo said he would never forget playing against Nigeria’s ex-internationals, especially the hard-tackling Taribo West and Celestine Babayaro, who were his teammates at Inter Milan and Chelsea, respectively.He said: “In my career I met a lot of players I had respect for and I [...]

After coming close for several years prior, the Super Eagles qualified for the FIFA World Cup for the first time in 1994. It will always be special in the history of Nigerian football.Despite losing out in the second round to Italy, the Clemens Westerhof-managed team earned admirers for their approach; a high pressing game and entertaining style.Dubbed the 'Golden Generation', [...]

With just few weeks to the start of the 2018 FIFA World Cup, the biggest talking point among football fans, media and Nigerians in general is how far the Super Eagles will go in Russia. This of course is always a re-occurent event few months to every World Cup year. Nigeria made its debut in the FIFA World Cup qualifier on [...] 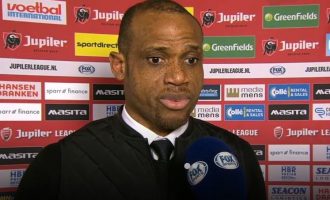 Hours after the suspension of Sunday Oliseh as the manager of Dutch second division club, Fortuna Sittard, its management has vowed to institute legal actions against him for alleging illegal activities.Fortuna Sittard, in a statement on its website, said the club side will present the case to the arbitration committee of the Royal Dutch Football Association (KNVB) in a bid [...] 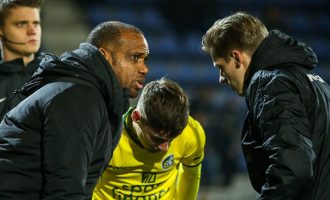 Oliseh: I was suspended for opposing ‘illegality’

Sunday Oliseh has confirmed his exit from Foruna Sittard with claims that his refusal to take part in fraudulent activities at the club led to his suspension.The Dutch club side in a statement on Wednesday said they parted ways with Oliseh over actions not related to on-field performance.Oliseh, in a tweet, confirmed his exit, stating: "I confirm: Due to my [...] 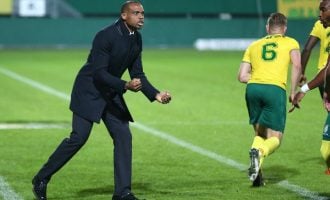 Fortuna Sittard, second division Dutch club, has fired Sunday Oliseh, former Super Eagles coach.The management of the club said it took the decision over actions "not related to on-field performance".Fortuna Sittard said his relationship with other personnel at the club left them with no choice but to let him go.“Fortuna Sittard immediately relieves Sunday Oliseh of his duties,” the club announced in [...] 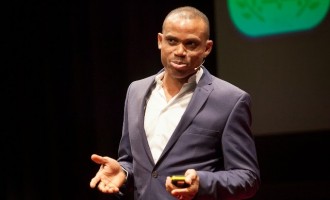 Former Super Eagles Coach Sunday Oliseh is returning to club management ten months after he resigned as handler of the Nigerian national team.Oliseh is the new coach of Fortuna Sittard, a second division football club in Holland.The Dutch team officially confirmed the appointment of Oliseh, revealing an 18-month relationship.The contract comes with an option of an additional season of extension.Isitan Gün, [...] 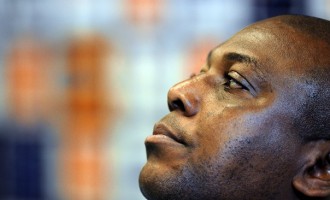 Nigerian football icon Stephen Okechukwu Chinedu Keshi died suddenly in the early hours of Wednesday in Benin City, Edo state.There has been outpouring of love and emotion for the football icon. Sunday Oliseh, former Super Eagles coach, Bauchi state governor, Mohammed Abubakar and so many took to twitter to pay tribute to the late legend.Below are some of the [...] 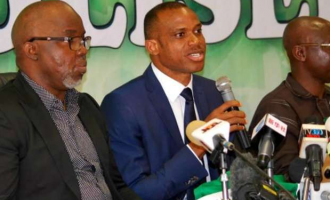 I have no regrets hiring Sunday Oliseh, says Pinnick

Amaju Pinnick, president of the Nigeria Football Federation (NFF), on Wednesday said he had no regrets hiring Sunday Oliseh as head coach of the Super Eagles.Addressing reporters in Abuja, Pinnick said Oliseh, who quit his job last month, came under high recommendation.“When we brought the last coach (Oliseh), we brought him first because he is a Nigerian and he came [...] 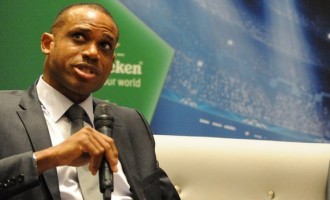 Sunday Oliseh, head coach of the Super Eagles, will henceforth report to Shuaibu Amodu, national technical director of the Nigeria Football Federation (NFF).Chris Green, chairman, NFF’s technical and development committee, told NAN in Abuja on Thursday that the development was for easy coordination.Green explained that NFF’s technical department was structured in a way that all the national team coaches must [...] 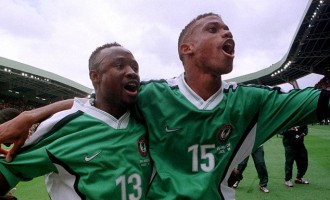 The Nigeria Football Federation (NFF) has sacked Tijjani Babangida, personal assistant to Sunday Oliseh, head coach of the Super Eagles.The executive committee of the federation has also endorsed the recommendation of the technical and development committee for the appointment of Emmanuel Amuneke as head coach of the Flying Eagles.This was revealed in a communiqué of meeting of the NFF executive [...]

Former Super Eagles captain, Austin Okocha has asked Nigerians to support his "friend and colleague," Sunday Oliseh in his attempt to take the country back to the top.Nigeria is currently ranked 66th in the world and 14th in Africa, a far cry from what it was when the then players won the Nations Cup for the country in 1994.Oliseh stands [...]