Taraba community hails army over establishment of military base 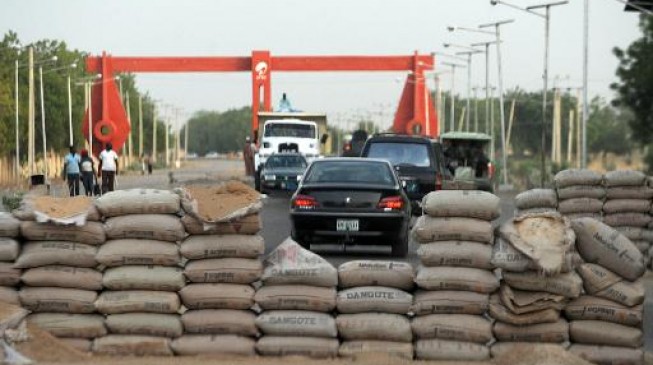 21:49 2019
Print This Article Share it With Friends
👤by Jamilah Nasir  0 Comments
Advertisement

The Taraba Good Governance Council has expressed delight over the establishment of the Forward Operation Base in Gembu, Sardauna local government area of Taraba.

The group, while commending the army chief for being responsive to the demand of the people, said the establishment of the base was prayer answered for the community.

Leader of the group, Istifanus Kifasi, while addressing reporers in Jalingo, the state capital, on Thursday, said the community was confident that the activation of the base will put an end to sectarian violence, farmers/herders conflict, kidnapping, armed robbery, economic sabotage and insurgency.

According to Kifasi, “Dealing with these crimes is strategic to providing security across Nigeria.

“It is noteworthy that the people of Taraba had given up hope that their safety and security will forever be at the whims of political prevarications but the COAS has proven that all Nigerians matter and that Taraba has a special place in the country with the establishment of the base to deal with challenges that affect the lives of our people.

“It is in this light that we recognize the step taken by the Nigerian Army as being directed at bringing lasting peace not only around the Mambila Plateau and communities ravaged by ethnic clashes in the north eastern state of Taraba but to also to ensure that the Nigerian Army continues to prove its mettle in defending the territorial integrity of Nigeria from internal and external aggression. The instability plaguing he Anglophone region of Cameroon makes the establishment of this base imperative.

“The reassuring gesture of the Nigerian Army will go a long way to prove naysayers wrong in their earlier claim that the Nigerian Army was not committed to the restoration of peace in the state and neighboring states. The Forward Operation Base will now show how much the Army cares and how far it has gone in discharging its obligations to the people of Taraba state.

“We, in similar vein, acknowledge the efforts of the state Governor Darius Dickson Ishaku for partnering with the Army and other stakeholders towards bringing about lasting peace in the state. The place of peace, security and development in bringing about a Taraba of our aspiration cannot be overemphasized and we implore Governor Ishaku to continue along this path of cooperation with the Nigerian Army as an institution with the capacity to restore security to our state. The governor should make it a point of duty to mentor other politicians that need guidance and encouragement in becoming exemplary leaders by prevailing on them not to incite or arm youths to commit crimes.
This singular decision by the Governor and the Nigerian Army will mark a new turn in the security, peace and development of our beloved state and eventually put an end to every wrong notion in the air about our cooperation with the Nigerian Army or not. It is hoped that it will further endear the efforts of both the Governor and the Nigerian Army to the hearts of our people.

“The Taraba Good Governance Council uses this opportunity to appeal to our compatriots in the state to see the launch of the base as a kind of reset button that should prompt all of us to reassess our relationship with each other and come to the realization that there can be better inter-ethnic and sectarian interaction that will reduce the tendencies for violent clashes. Our belief is that once we manage our affairs in Taraba state with the least incidences to require the intervention of the Army, troops can better focus on on dealing with external threats to Nigeria, like containing the separatists from Cameroon.”

TWITTER @thecableng
Copyright 2019 TheCable. All rights reserved. This material, and other digital content on this website, may not be reproduced, published, broadcast, rewritten or redistributed in whole or in part without prior express written permission from TheCable.
Tags
leatherSokoto
Advertisement

‘Can we accept and move on?’ — reactions trail ‘Lionheart’ Oscar disqualification