The $9bn P&ID scam: Between TY Danjuma and our government lawyers 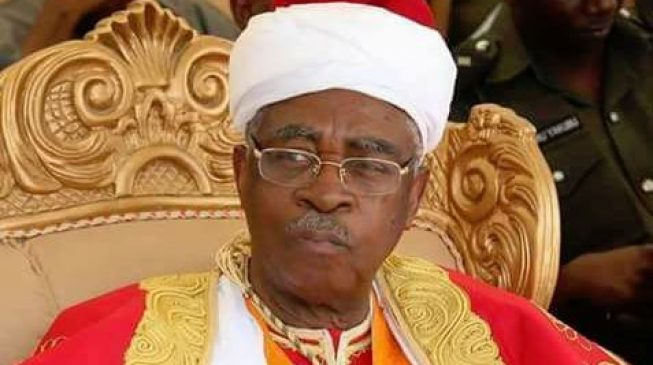 Growing up in the military days, I used to wish to grow up to be as handsome as T. Y. Danjuma. I have an eye for things beautiful and Danjuma was indeed tall, dark and handsome in the rank of the army officers whose names, ranks and positions we had to memorize those days. That is however where it all ended. From what I have read about him, Danjuma is one shrewd, no-nonsense individual who sometimes throws fits of rage. He also has an eye out for big bucks, and made so much recently that he confessed he does not know what to do with it.

Danjuma is certainly not a slacker. I find it hard to believe then, that he will conceptualize an idea, host a consultant called Mick Quinn in his own office perhaps for years, shell out $40million to get the project started, and then walk away from it all, as the consultant ‘stole’ the idea from him and later tried to stage the biggest swindle ever on this poor, ignorant, self-destroying country called Nigeria. Danjuma has details he hasn’t revealed to Nigerians, and can help us avoid this impending calamity.

The Late Mick Quinn was originally an Irish auto mechanic who later started managing music bands, transformed into a commodity trader and recognized Nigeria as a good place to go mega a long time ago. Smart chap. I believe Quinn saw himself in the mold of George Goldie, Lugard and the rest of the pirates – understanding perfectly that countries like ours was there for the milking, how much more with the full collaboration of local greedy minions. Some accounts link him with the IRA – the Irish Republican Army.  Before being tied with TY Danjuma, Quinn’s companies had made some good bucks from Nigeria, including a certain $40million paid out in arbitration and others paid in secrecy. A smaller deal with Nigeria Air Force had paid one of Quinn’s companies $2.3million after a similar business abortion. We have learnt that some of the sweetest deals done by guys like Quinn involve deliberate contract failure and elaborate court cases/arbitrations in which Nigeria’s top lawyers also have a cut. This is how the future of this country has been liquidated so far. The current case was to be Quinn’s biggest deal until cancer stretched its ugly hands and snatched him from mother earth in 2015. But his associate, Brendan Cahill, and other hangers-on – many of whom are Nigerians – are still working hard to ensure a major payday for themselves.

Quinn had dabbled in all sorts in Nigeria – medicals, supplying HIV drugs, military equipment, and everything in between. So this saga speaks to the way we think as Nigerians, and our vulnerability and dependence on foreigners for everything under the sun. Nigeria is a country that is decidedly unwilling to think for or save herself. Our leaders, and those who work for them, have till date displayed that tendency, and also ensured they are part of any major deal no matter how much that will hurt the nation. Every white man that shows up at our airports is a ‘foreign investor’ over whom we fawn. But most of the people who come to Nigeria, are like Quinn, or worse. They are the cynical lot. They don’t believe we deserve development and we too have not proven to them that we are deserving of a better life.  Can you believe that Ronnie Kray, the violent, perverted twin of The Krays gangsters of Bethnal Green, who ruled the roost in the 60s and 70s London underground world, was also in Nigeria for a few years, as an investor. He frequented Enugu and Abuja. We worshipped him too, before his crimes sent him to prison in the UK. I have always maintained that the path we have chosen will never take us to El Dorado.

So as far as the P&ID deal is concerned the following are the questions we must ask ourselves:

This all looks like a major scam. I keep saying Nigerians are not good scammers. We are only lousy with our scams. Let a Nigerian boy find $10,000 and he is busy spraying money at parties and dancing on Benjamin Franklin’s image, much to the chagrin of the owners of modern finance. Bloomberg tells us that there is a whole industry behind these types of legal deals that keep countries permanently skidding and indebted. If these guys succeed in getting $9bn out of our reserves, this country will go into a Zimbabwe-type economic tailspin, as portfolio investor and local collaborators will come trooping in to take their own investments; which carry Nigeria’s sovereign guarantees.

The only thing left to consider here is the role of leaders, especially when governments change hands. Who is to blame in this transaction? First, we will have to see the document to know who was bold enough to try sign Nigeria away. Then we will see, which president or FEC signed off and establish if it is a fraud or not. We know that Jonathan was excluded from the Yaradua government due to trust reasons. We know that there was no ‘cabal’ per se, beyond what ElRufai claimed he and his friends invented from exile to discredit Yar’Adua. The mystery is, was Jonathan government informed of this deal on time by these top civil servants whom Buhari say are the ones who do all the work because ministers are noisemakers? Whatever the case, why did Jonathan sit on the deal for 5 years without busting it all open as it has right now?  I do not blame Buhari from refusing to pay $850million upon coming to office. No one will rush to make such a payment. But he also messed up big time for not appointing ministers for 6 months while obligations festooned. For going to sleep for months, Buhari landed us in trouble.

It is great now that the entire transaction is in the open and every Dike, Tope and Haruna can contribute their perspectives from every angle, after all we would be joint sufferers if the obligation should crystalize. We have to thank some global news agencies for helping with the backend investigations and showing us how these things work. I understand though, that there are dozens of this type of litigation against Nigeria. These potential contingent liabilities must be well catalogued, examined, verified, criticized, monitored and controlled. We also should by now have made up our minds that some of our worst enemies as a nation are those we have been putting forward to go and act on our behalf. Segun Adeniyi, President Yar’Adua’s spokesman, did hint in his article on the same matter, that Supo Sasore (SAN) was pulled out of this very P&ID case for reasons that are less than noble. Half word, they say, is enough for the wise. I think these issues are worthy of investigation.  Nigeria we hail thee.