The clear message from Ekiti voters 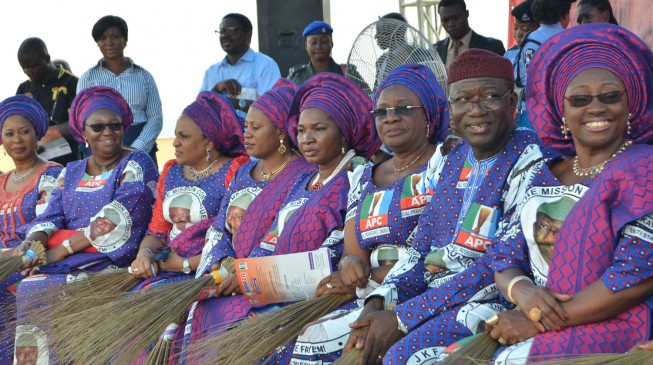 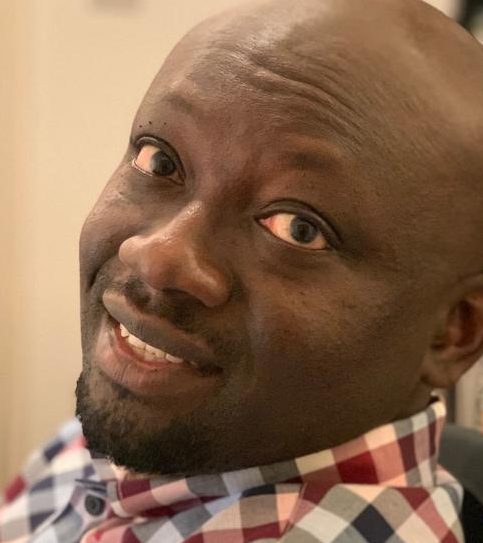 I was at work sometime in 2003 when I got a call from my wife. She said with a form of excitement: “There is this man called Ayo Fayose ─ he is going to win the governorship election in Ekiti State.” I was amused. Before I could ask her to justify her proposition, she said: “I just watched him on Channels TV distributing water and medicine to the people. The Ekiti people are so happy with him. Channels interviewed them. They said they didn’t have water and Fayose has been supplying them water every day. I saw a tanker discharging water into people’s buckets and bowls. He will win.”

I laughed. That easy?

“So you think people will vote for him simply because he gave them water?” I asked, cynically. I didn’t doubt her analysis whole-heartedly, but at the back of my mind I believed Ekiti was a stronghold for the Alliance for Democracy (AD) and there was no way the Peoples Democratic Party (PDP) was going to win there. I was, by the way, hearing about Fayose for the first time. I was using my heart; she was using her head.

But she had the last laugh when Fayose defeated Otunba Niyi Adebayo. It was one of the biggest upsets of the 2003 elections, and while people were complaining that PDP rigged, Ekiti people were saying Adebayo did not impress them in his four years in office. Fayose’s tenure from 2003 to 2006 did not transform Ekiti, in any case, but he “connected” with the people very well. He behaved like the guy next door. He would drive into a village market, buy roasted corn and eat with the people. In a country where leaders are gods, this strain of populism is a bestseller any day.

As the June 21 Ekiti governorship election drew near, I was hearing similar stories. I was told Fayose would defeat Dr. Kayode Fayemi because he “connected” with the people better than the incumbent. While there was a universal declaration that Adebayo did not do well as governor, everybody I had spoken with about Ekiti said Fayemi had done “very well”. Even though Fayemi is someone I admire and respect a lot, I never visited the state since he assumed office ─ so my assessment of him has always been based on what people say. Even some of Fayose’s supporters admitted to me that Fayemi is one of the best governors Ekiti has ever had.

All the complaints against Fayemi were not about what he did ─ but what he didn’t do. His aides are famously quoted as saying: “He is not building stomach infrastructure.” Another popular line was: “He is tarring the roads but he is not tarring our stomachs.” Although he distributed contracts to party members ─ as it is done in our country ─ the contractors were said to have fallen out with him because he complained about the quality of the jobs or the non-execution of the contracts. Fayemi was said to have been told several times: “Contract money is political money. You don’t render account!” In other words, contracts are not meant to be executed ─ just take the money and run!

Two more reasons given for Fayemi’s loss include: his decision to re-grade teachers after an assessment, aimed at improving the quality of teaching in Ekiti schools; and the increase in school fees at the state university. The re-grading of teachers, which delayed the implementation of the improved teachers salary scheme, united a critical mass of voters against him. The increase in school fees united students and their parents against the governor. His last-minute efforts at pacifying them did not yield good results. He lost. Despite his misgivings about the conduct of the poll, he gracefully made a concession speech ─ very unNigerian.

I have taken a hard look at the Ekiti election. I have analysed the message. I have reached my own conclusions. While not trying to be disrespectful of Fayose and his supporters ─ and I mean it ─ I would say that it seems short-term gains provide the winning tonic in Nigeria any day. When people are hungry, the answer to their problem is to give them fish. Teaching them to fish is a long process that nobody has the patience for. Of course, road infrastructure will create an economy that will last for centuries (the roads built by Chief Obafemi Awolowo in the 1950s are still the livewire of many communities today), but “stomach infrastructure” will instantly satisfy the soul.

To win elections, you may have to maintain the status quo. If teachers are not qualified to teach, don’t put them through any assessment. Let them continue to teach nonsense. Election is coming. Continue to produce half-baked students. Continue to produce unemployable graduates. Let the rich continue to send their children to schools in Ghana and Europe. Let the poor remain in their poverty and ignorance. If you award contracts for supply of textbooks, provision of water and construction of roads and the contractors fail to deliver, do not ask them questions. It is political money; it should not be accounted for. Good guy, the contractors will mobilise religiously for your re-election.

It seems also that your past does not matter. Fayose was accused of murder and corruption ─ and, in fairness to him, no court has yet convicted him ─ but the majority of Ekiti voters are not bothered by that. In fact, I asked a Fayose supporter shortly before the election: “Don’t you think these things might count against Fayose?” He fired back, with laughter: “Is he the first politician to steal or kill? Please tell me another story.” This is quite instructive. In Nigeria, we do not really care about someone’s records. People do not have to clear their names before standing for elections.

My conclusion, therefore, is that Nigerians who pontificate in classrooms, on pulpits, in newspapers and on the social media about democracy, good governance and development need their heads examined. The evidence from the pattern of elections in Nigeria, at least since 2003, is that most voters do not make decisions on the basis of some sophisticated analyses of candidates, their policies and their performances. Elections are won and lost on the basis of sentiments. It is how the voter “feels” not what the voter “sees”. To make the voter “feel good” about you, your political strategy must pander to their sentiments.

It is, however, uncharitable to reduce Fayose’s victory to just the bags of rice he shared. Don’t forget that he also shared rice in his senate bid in 2011 and still lost. All the talk about militarisation of Ekiti on June 21 would also amount to beating about the bush. This is the second time Fayose is defeating an incumbent. It’s more than a co-incidence. Maybe there is a message we are missing. Fayose probably knew something about practical politics that Fayemi didn’t know. Or maybe Fayemi knew and couldn’t handle it. The sociology of the voters may not be new, as Fayemi proposed. Maybe it’s the reform-minded politicians that need a new sociology.

Bombings in Kano, Gombe, Bauchi, Abuja ─ and a suspected one in Lagos. Boko Haram suspects being arrested all over the country. I don’t mean to scare anyone but I think Boko Haram or its affiliates or franchises or imitations have entered a new phase in their terrorist campaign. They are not relenting in their “ground offensive” in the north-east either. They have opened multiple war fronts. Caging them in Borno is difficult but achievable. Stopping the bombing campaign is impossible in the nearest future. What I am saying, dear readers, is that we are in serious trouble. And there is yet to clear strategy to win the war. Scary.

To combat insecurity in the Federal Capital Territory, the federal government awarded a contract running into billions of naira to install closed-circuit TV in the city many years ago. CCTV does not prevent crime, on its own. But while it can help to monitor movements and pre-empt crime, its efficacy is more in investigation. And, by the way, it will also provide jobs. You need to employ and train operators and video analysts. FCT has been coming under attacks but there is no sign yet that the CCTV is working or solving any problem.  Nigeria!

Do you remember President Bill Clinton’s “I did not inhale” half-clever answer to the question on if he had ever taken marijuana before? Uruguayan player, Lius Suarez, adopted a similar stunt after being accused of biting an Italian player ─ the third biting incident in his professional career ─ at the World Cup. Suarez, who has now received a lengthy ban from football, defended himself thus: “I lost my balance, making my body unstable and falling on top of my opponent. At that moment I hit my face against the player leaving a small bruise on my cheek and a strong pain in my teeth.” Hilarious.

I called an aunt-in-law on Thursday and while we were rounding off our gist, she invoked the spirit of Ramadan to pray for God’s blessings for me. “You know Ramadan is for everyone. So don’t say you are not a Muslim,” she said. What she doesn’t know is that Ramadan is one my favourite months in the year. I am a poor host, so it always offers me a good excuse not to serve my visitors refreshments. “You know there is Ramadan,” I jokingly tell them. Having said that, I want wish all Muslims a very fruitful Ramadan. #BeSteadfast

TWITTER @thecableng
Copyright 2020 TheCable. All rights reserved. This material, and other digital content on this website, may not be reproduced, published, broadcast, rewritten or redistributed in whole or in part without prior express written permission from TheCable.
Tags
ADAPCayo fayoseboko haramekiti electionkayode fayeminiyi adebayoPDPramadan
Advertisement