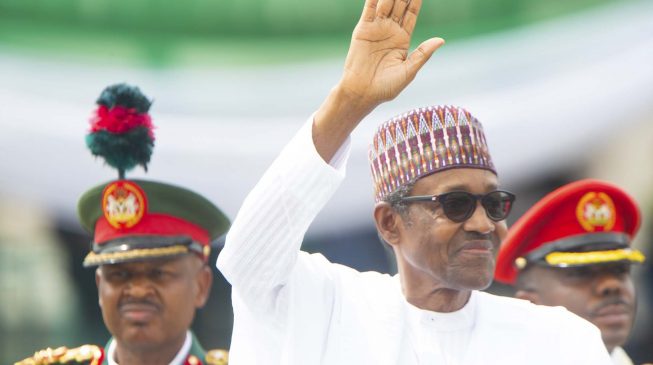 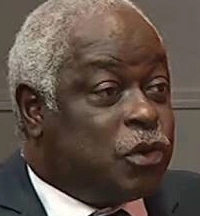 There can be no doubt that we are living today in Nigeria in proverbially “interesting times.”  We have just gone through the worst presidential election in the history of Nigeria, marred by massive fraud, vote inflation and deflation, ballot-snatching, riots and voter intimidation and suppression.

Atiku Abubakar, one of the main contestants in the election, has painstakingly presented a water-tight case before the presidential elections petition tribunal; indicating that the declaration of President Buhari as the winner of the February 2019 presidential election was a great travesty of justice.  The future of the country hangs on a precipice, while we await the verdict of the learned judges of the judiciary.

A critical aspect of the case against the president pertains to his school-leaving certificate, which is a constitutional requirement for contesting the presidential election.  At different times, the president has presented different contradictory statements concerning this.

However, in the final analysis, all these points of contention no longer matter one way or the other.  The critical point is this: in filing his INEC papers for the 2019 presidential election, President Buhari lied under oath.  He committed outright perjury.  Under the law in Nigeria, this renders him ineligible to contest the presidency.  Therefore, his declaration by INEC as duly elected president of Nigeria must be nullified by the courts.

This is not even a case of asking for the election to be re-run.  Lai Mohammed, the Minister of Information and Culture, has been making a last-ditch plea on behalf of the president.   He says concerning the president’s non-existent school-leaving certificate: “53 years after a fellow has left secondary school. I think we should pardon him if he does not even know where he has kept it.”

However, it is not the business of the judiciary to pardon a serial violator of the law.  It is the business of the judiciary to uphold the law.  On more than one occasion, President Buhari failed to provide his academic education qualifications to INEC as required by the law.  This time, he provided false information to INEC under oath.  Therefore, his election as president must be nullified and Atiku Abubakar should automatically be declared duly elected president of Nigeria.

In 2015, General Buhari failed to provide his academic qualifications to INEC as required by law.  Nevertheless, he was sworn in as president of Nigeria.  But now the question of the president’s non-existent academic qualification to be president has resurfaced again and it has now been put squarely before the courts.  The question that arises now is this: is the president above the law?  Are Nigerians equal before the law?  Should Muhammadu Buhari who flouted the law in 2015 be allowed to flout it again in 2019?

If Nigeria is to be confirmed as a nation of laws and of the rule of law, this must not be allowed to happen again.  The courts need to speak in no uncertain terms that President Buhari is not above the law but subject to the law.

In the bid to convince skeptical Nigerians that the president is qualified to run for president, in November 2018, officials of the West African Examinations Council (WAEC) led by the registrar, Dr. Iyi Uwadiae, came all the way from Ghana to present to the president in Aso Rock an attestation certificate that he sat for his WASC exams, as well as a confirmation of his results.

However, Dr, Uwadiae committed a blunder by claiming that WAEC has the records of the exam that President Buhari took in 1962.  Significantly, President Buhari himself made no such claim.  The president claimed he took the exam in 1961 and not in 1962.  Dr. Uwadiae had to be corrected concerning the precise date during his presentation in Aso Rock.  Surely, if the so-called records at WAEC were authentic, they would indicate the correct date.

Moreover, at the presidential elections’ tribunal of 2019, a senior official of WAEC testified under oath that the documents lavishly presented to the president by Dr. Uwadiae actually did not originate from WAEC.  If not, where then did they come from?  Are they forgeries?  Was the event in 2018, which was well-publicized in the glare of television cameras and carried prominently in the national dailies, simply a ruse intended to deceive innocent Nigerians?

Your guess is as good as mine.

The crux of the matter now is that President Buhari did not, in fact, submit a valid school-leaving certificate to INEC as required by law before contesting the 2019 presidential elections.  The evidence suggests the president might not even possess a valid certificate.

It was also discovered that primary school certificates were only presented upon completion of Middle School from 1948 to 1952 and not before.  This again contradicts what President Buhari swore on oath in his INEC form CF001.  He claimed he obtained his primary school certificate in 1952 and that he attended Middle School, Katsina from 1953 to 1956.

This means the president could not have obtained the primary school certificate as he claimed.  In effect, what the president presented to INEC under oath was false.

The president stands accused of perjury; an infraction punishable under the law.  He swore an oath and made an affidavit to INEC claiming he attended Elementary School Daura and Mai Aduaa between 1948 and 1952.  However, those schools were not in even existence either in Katsina or in the entire Northern Nigeria between 1948 and 1952.  How then could President Buhari have attended non-existent schools?

All this makes our dear president a serial perjurer; an offense punishable by 14 years’ imprisonment.  It also renders him disqualified as a presidential candidate, ensuring that he is not even entitled to be credited with any votes whatsoever.

The claim made on President Buhari’s Wikipedia page that he attended the United States War College in 1980 and obtained a Master’s Degree is also far from the truth.  The U.S. War College affirms that it only awarded diploma courses in the period when Buhari was there.  It only started its Master’s program in 2000, long after President Buhari had left.

Under testimony at the tribunal, President Buhari’s defense collapsed.  The president’s own witness contradicted the position he filed in his INEC form CF001 that his academic qualification documents: “are currently with the Secretary, Military Board as of the time of presenting this affidavit.”

This confirms the claim of the military that the army has neither the certified true copy of the president’s credentials, nor even a copy of the certificate.  A statement released by the Nigerian Army gave the lie to Buhari’s INEC affidavit by stating as follows:

“It is a practice in the Nigerian Army that before candidates are shortlisted for commissioning into the officers’ cadre of the Service; the Selection Board verifies the original copies of credentials that are presented. However, there is no available record to show that this process was followed in the 1960s. Neither the original copy, Certified True Copy (CTC); nor statement of result of Major General M Buhari’s WASC result, is in his personal file.”

That means again in no uncertain terms that Buhari committed perjury when he swore on oath that the military has his certificates.   In effect, INEC is guilty of gross dereliction of duty.  It failed in its responsibility to provide due diligence by vetting properly President Buhari’s credentials before allowing him to contest the 2019 presidential election.

Asked to defend its position that Buhari is qualified to contest, INEC failed to defend its stand at the presidential election petitions tribunal.  It claimed it does not have any witness or evidence to present before the tribunal to defend its case.  This is a sign of total defeat.

JUDICIARY TO THE RESCUE

The onus is now on the Nigerian judiciary to uphold the rule of law and salvage Nigeria’s democracy.  In Nigeria, if a university graduate does not have an NYSC certificate, he is ineligible for public employment.  That is the law.  Similarly, if a presidential candidate does not have a school-leaving certificate, he is ineligible to stand for election as president of Nigeria.

The Nigerian judiciary remains one of the boldest and brightest in Africa, as can be seen in several of the cases it has already adjudicated in the current election cycle.  Our judges are of such high international repute, they are regularly conscripted as justices in foreign countries such as the Gambia as well as in the International Court of Justice at the Hague.

The verdict of the courts on the 2019 presidential election is final.  Therefore, Nigerians are waiting with bated breath to see how it will rule in this monumental case.  Whatever may be its final verdict, one thing is certain.  Nigeria will not be the same again after its pronouncement.

TWITTER @thecableng
Copyright 2020 TheCable. All rights reserved. This material, and other digital content on this website, may not be reproduced, published, broadcast, rewritten or redistributed in whole or in part without prior express written permission from TheCable.
Tags
Muhammadu Buharitribunal
Advertisement