The myth and veracity of sex offenders’ register in Ogun 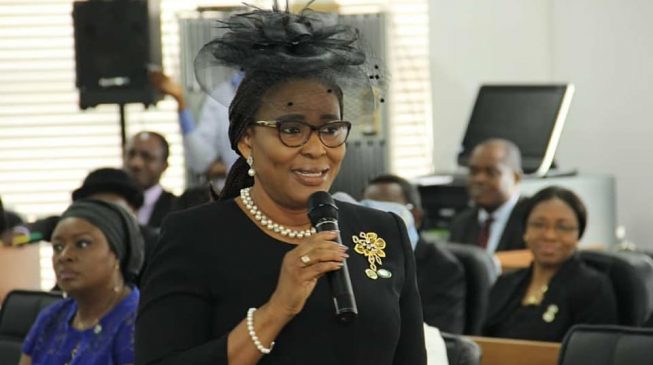 18:48 2020
Print This Article Share it With Friends
👤by Contributor  0 Comments
Advertisement

A sex offenders’ registry is a system in which various countries designed to allow government authorities to keep track of the activities of sex offenders, including those who have completed their criminal sentences. In some jurisdictions, where sex offender registration can, registration is accompanied by residential address notification requirements. In many jurisdictions also, registered sex offenders are subject to additional restrictions, including housing. Those on parole or probation may also be subjected to restrictions that do not apply to other parolees or probationers.

Sometimes, these include (or have been proposed to include) restrictions on being in the presence of underage persons (under the age of majority), living in proximity to a school or daycare centres, owning toys or items targeted towards children, or using the internet. Sex offender registries exist in many English speaking countries, including Australia, Canada, New Zealand, the United States, Trinidad and Tobago, Jamaica, South Africa, the United Kingdom, but the United States is the only country with a registry that is publicly accessible; all other countries in the English speaking world have sex offender registries only accessible by law enforcement.

In offence-based system, registration is required when a person is convicted (or, in some jurisdictions, adjudicated delinquent, found not guilty by reason of insanity, or found not criminal responsible), under one of the listed offences requiring registration. But, under normal circumstance, persons, registered are supposed to put into a tier programme based on their offense of conviction. Risk-based system have been proposed but not implemented as of print.

The vast majority of sexual offense victims are known to the offenders – including friends, family or other trusted adults, such as teachers. This is also contrary to media depictions of stranger assaults or child molesters who kidnap children unknown to them. Thus, despite the public awareness of the whereabouts of convicted sex offenders, there has been little evidence to back the claim that mandatory registration has made society safer. In fact, only in the states/countries that utilize empirically derived risk assessment procedures and publicly identify only high risk offenders, has community notifications demonstrated some effectiveness. It must always show that residency restrictions increase offender’s recidivism rates by increasing offender homelessness and increasing instability in a sex offender’s life.

Although, sex offenders on parole or probation are generally subject to the same restriction as other parolees and probationers, even sex offenders who have completed probation or parole may also be subjected to restrictions above and beyond those of most felons.  In some jurisdiction, they cannot live within a certain distance of places children or families gather. Such places are usually schools, worship centres and parks, but could also include public venue (stadiums), airports, apartments, malls, major retail stores, college campuses and certain neighbourhoods (unless for essential business). In some states/countries, they may also be barred from voting after a sentence has been completed and at the federal level, barred from owning firearms, like all felons.

Now, given how deeply rooted misogyny and rape culture in Nigeria, it comes as no surprise that there has never been an official sexual offenders’ list in Nigeria. Indeed, the United Nations Children’s Fund (UNICEF) has said that 1 in 4 Nigerian girls are victims of sexual violence before they turn 18, and according to a National Survey carried out in 2014, only 38 percent of those who experienced sexual violence as children told someone about it, and only about 50 percent sought help. Also, the National Agency for the Prohibition of Trafficking in persons is the law enforcement agency charged with administering the provisions of the violence against persons (Prohibition) Act. Currently on the website, there are 7 incidents reported, 10 verified reported cases and 5 convicted cases. Although, this numbers do not represent the vast amount of underreported cases, it is a first step towards proper documentation and accountability.

Last summer, we all witnessed how young women in Nigeria took to social media to name and shame their abusers, with media personality, Busola Dakolo adopting the same approach when divulging her encounter with COZA Pastor, Biodun Fatoyinbo. Social media has always been a useful tool that women can use to make their voices heard in a society where the police and the government have turned a deaf ear. The advent of the list, although long overdue, but is extremely important to ending silence culture in Nigeria, and it’s good that we are finally having a permanent list that can be used to hold perpetrator in our society accountable.

Precisely, on Monday, November 25, 2019, Nigerian launched its online National Sexual Offenders’ Register to help members of the public and security agencies conduct background checks and identify sex offenders. Though this is the first of its kind in Nigeria, indeed, the Executive Secretary of the National Agency for the Prohibition of Trafficking in Persons (NAPTIP), Beatrice Jedy-Agba said, that it will enable bodies such as school and hospitals to conduct background check and it will also deter sex offenders, because they will know their names will be published, affecting their employment and role in society.

In 2015, the United Nations Children’s Fund (UNICEF) reported that one in four girls and one in ten boys had experienced sexual violence before the age of 18, and an estimate of at least 2 million girls in Nigeria reportedly experience sexual abuse every year. Unfortunately, the majority of these cases go unreported as a result of social stigmatization and victim-blaming. This results in an increasing number of sexual abusers and repeat offenders. The new database aims to name and shame them.

Before the National register was launched, only two states in Nigeria, Lagos and Ekiti, kept registers of sex offenders. The register in Lagos state was opened in 2014 while a “Black Book” for sexual offenders was opened in Ekiti state in 2013. Unfortunately, these registers are not updated regularly, defeating their purpose. Hence, the need for a national registry that will be monitored and updated frequently is required for the country.

With the growth on the raping of minors which not scarcely to one state or the others but censored across the country, the Ogun state reckoned with federal government in opening the sex offenders’ register so as to bring the culprit to the book and stand as deterrent to others in society, that is why the Chief Judge of Ogun state, Justice Mosunmola Dipeolu hinted that the state will take a cue and open a sex offenders’ register, not just for fun but will stand as part of efforts to curtail the prevalence of sexual violence in the state.

She stated further that the names of sex offenders will be written in ‘black book’ upon conviction by the court and will be circulated on all Ogun state-owned media, by making sure that the name and conviction of the convict is known to the general public, though in doing this it will not only promotes the safety of the general public, but also instill courage in victims and their family to come forward and access justice. Because, most of the victims shame of being stigmatized and felt that it was obvious disgrace to be raped, and also nobody is ready to fight for their course in the society but with the new trend in adoption of sex offenders register, it will abate the raping of minors in our society.

The number one judge in Ogun state made this submission at the public presentation and launch of a book, titled “The Law At Your Fingertips”, the book which aimed to be transcribed into Yoruba language and Pidgin language, so as to make it more understandable to common man, part was selected from the state laws which to be made possible and accessible to general public, which includes the State Child Rights Law 2003, that would address the rights of children in the state, though she promised to make transcription in Hausa and Igbo languages for other tribe living in the state. Then, nobody will be left unacquainted by the submission of the Chief Judge, everybody will have his/her ethnic copy of the book and study it well, in order to stand as a guide and direction for their children. This will also guide against ignorance of the breaking the laws which proliferating among the common man, that claims that they are not aware of the stipulated and certain laws of the state.

She added that the decision to simplify and transcribe the state violence against person (prohibition) law 2018, was informed by the high rates of violent rape and offence, spousal violence, murders and even sexual abuse of underage children. Indeed, it is rather frightening and pathetic to constantly wake up to the news of spousal murder; and society where spouses kill each other with impunity. It is even more frightening that our society does not raise an eyebrow at female circumcision or genital mutilation, or the practice of husbands forcefully ejecting wives out of matrimonial homes at the slightest provocation, or even denying spouses access to the home and children; when our laws clearly make such action an offence.

Though, the objective of the Child Rights Law 2003 is to ensure that the rights of children in Ogun state are protected. However, majority of the victims in this category are downtrodden like housemaids, wards, orphans and the weak. But, the state is confident that the simplified and transcribed version of the Child Rights Law can easily be understood by any child with the exception of those who cannot read and write at all. The Law exposes the child at a young age, to his/her and responsibilities. It also exposes the parents to the issues relating to possession and custody of children.

So, as we all know that ignorance of the law is not an excuse of breaking it and as good citizens, we all have a collective responsibility to obey and abide by the rules of the law.

Orunbon, a journalist and public affairs analyst, wrote from Abeokuta, Ogun State, Nigeria. He can be reached [email protected]gmail.com, or 08034493944.