The resurfacing of the hate speech bill 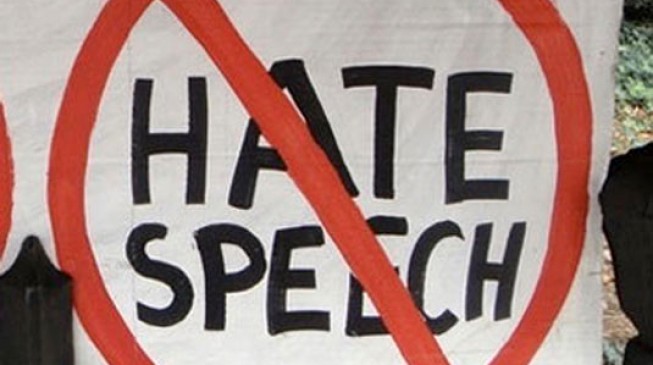 Many Nigerians were taken aback on Tuesday, November 12 2019, when news filtered that the Hate Speech Bill, first introduced in March last year under the eighth Senate, passed the first hearing at the plenary. The Bill, entitled, “National Commission for the Prohibition of Hate Speeches (etc) Bill 2019, was sponsored by the Deputy Chief Whip of the Senate, Senator Aliyu Sabi Abdullahi, who also sponsored the Bill last year. Among other things, the Bill states that any person found guilty of any form of hate speech that results in the death of any person shall die by hanging upon conviction.The Bill also provides that: “A person who uses, publishes, presents, produces, plays, provides, distributes and/or directs the performance of any material, written and/or visual, which is threatening, abusive or insulting or involves the use of threatening, abusive or insulting words or behaviour, commits an offence, if such person intends thereby to stir up ethnic hatred, or having regard to all the circumstances, ethnic hatred is likely to be stirred up against any person or person from such an ethnic group in Nigeria.” The Bill proposes that offences such as harassment on grounds of ethnicity should attract a jail term of “not less than a five year jail term” or a fine of not less than N10m.

There are several issues with the resurfacing of the Hate Speech Bill:
One, is the issue of establishing cause and effect. How can one directly establish that a particular speech act is the cause of particular responses, since speeches are often mediated or even misinterpreted as they travel through different media channels and decoded by different people with different biases? For instance in the run-up to the 2015 presidential election, Buhari was reported to have told his supporters that if the election was rigged, both the monkey and the baboon would soak in blood. While Buhari’s critics quickly interpreted this to mean a call for violence, his supporters argued it was a mistranslation of a common Hausa idiomatic expression,‘karejinibiri jinni’, which they argue, in Hausa meant that it was going to be a tough fight or a ding-dong affair. The questions here are: would Buhari have been held liable for hate speech, if that speech had led to violence and death during or after the election? What if the Jonathan government had arrested him for incitement and his supporters decided to riot and some people died in the process, would the speech or the government’s arrest of Buhari be said to be responsible for the deaths?

Let us look at another example: in the course of the 2015 electioneering campaign, many of Jonathan’s hard-line supporters such as Asari Dokubo threatened hail and brimstone, if Jonathan lost the election. Now, what if a clan in Ijawland had rioted over the alleged malpractices in the 2015 presidential election and in the course of that riot some people died, would the threat made by Asari Dokua several months before the election be established as the cause of the riots and death?
Again it is common with many politicians to urge their supporters to “protect” their votes during elections. If violence erupts in a polling station over attempts to snatch ballot boxes, will the call by a politician for his supporters to protect their votes be established as the cause? With due respect to the Senator who sponsored this Bill the first time and resurrected it a second time, I honestly feel the Bill has not demonstrated sufficient reflection and sobriety. Perhaps the attention the current discussion of the Bill attracts is all the Senator wants to accomplish.

Two, the Bill also calls for the establishment of an ‘Independent National Commission for Hate Speeches’, which shall enforce hate speech laws across the country.Apart from the problem of properly delineating what is hate speech, the Bill even criminalizes insults and offensive speech, which are protected speech forms in virtually all democracies. If our experiences of some government agencies like the EFCC, the ICPC and the National Broadcasting Commission are anything to go by, then the proposed National Commission for Hate Speeches will just be another attack dog of whatever government is in power. Today, the sponsor of the Bill, as a member of the ruling APC and one of the officials of the National Assembly, can be said to have a spoon in his mouth. But governments come and go. I am sure that if there is a change in government tomorrow, some of his past utterances can very easily be construed as offensive or hate speeches if the new government is eager to nail him.

Three, what the Hate Speech Bill has once again demonstrated is that this government is extremely poor in timing when to bring out certain policies –or even fly a kite about policy intentions. Just at a time the government is being taken upon for its proposals about regulating the social media, dusting up the Hate Speech Bill that was quietly withdrawn in 2018 after it was shouted down by the public, does no service to the current conversation on regulating the social media. As I noted in this column last week, all over the world, the debate on social media has gone beyond whether they should be regulated to how they should be regulated. But with the resurrection of the Hate Speech Bill, coupled with Buhari’s antecedents as a brutal military dictator and the lingering suspicions about his democratic credentials, many people will not be willing to even give the government the benefit of the doubt on its quest to regulate the social media.

Four, there is also the question of the very nauseating arrogation of patriotism by certain people who benefit disproportionately from an existing political order. This fake patriotism comes across as a camouflage to their instinctive dictatorial inclinations- when the spoon is in their mouth. The truth is that in our type of society, where the fault lines of religion, ethnicity and regionalism are strong, where the social distance is wide and distrust reigns supreme, those who feel dissatisfied with the power relations that under gird the extant political order, or feel excluded from it, often take recourse to offensive’ or hate speech in the public space – especially if they feel that the formal institutions for seeking redress such as the courts have either been commoditised or compromised. In essence, even if the so-called Hate Speech Bill is passed, it is unlikely to be effective because it focuses narrowly on the symptoms of a more fundamental problem. What is more likely to happen in the very improbable event that the Bill becomes law, is that hate and offensive speeches will be driven underground, will become romanticised and will spurn many heroes and heroines in the process. This is precisely why purveyors of certain speech forms in mature democracies such as right wing and racist groups are never banned.
Five, can the law really be used to regulate hate speech? This is debatable, especially in societies that are highly polarized such as ours, where even the application of basic laws are politicized and ethnicised. While the law will always be useful in checking dangerous or extreme hate speeches (those that present “clear and immediate” danger), there is a big risk that the law can end up inflaming communal passions and therefore exacerbating the problem it was meant to solve.

In this regard, it is tempting to speculate on what will happen if Junaid Mohammed, Professor Ango Abdullahi, Professor Ben Nwabueze, Yinka Odumakin, Asari Dokubo or FaniKayode – all men with known strong views on issues – are charged and convicted for hate speech. Experience has shown that any hastily churned out solution to any of the myriad of problems facing the country, very quickly becomes part of the problem.

TWITTER @thecableng
Copyright 2019 TheCable. All rights reserved. This material, and other digital content on this website, may not be reproduced, published, broadcast, rewritten or redistributed in whole or in part without prior express written permission from TheCable.
Tags
Hate speech bill
Advertisement

The resurfacing of the hate speech bill

Forget it, the Nigerian project is irredeemable

‘You think we grow money behind our house?’ — reactions as Apple’s iPhone 12 rumours boom