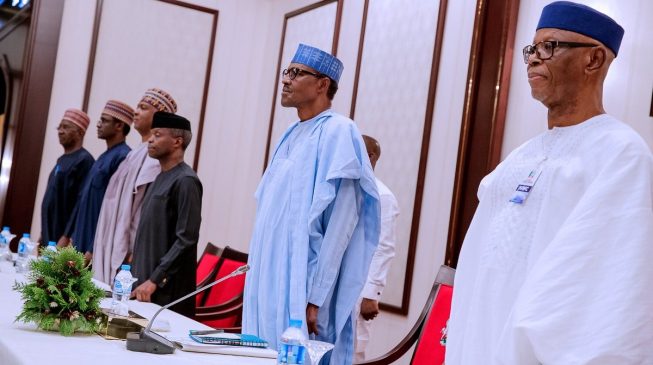 23:43 2018
Print This Article Share it With Friends
👤by News Agency  0 Comments
Advertisement

Bola Tinubu, national leader of the All Progressives Congress (APC), Bisi Akande, former interim leader of the ruling party were absent when President Muhammadu Buhari hosted members of his party at the presidential villa in Abuja on Monday.

Also at the meeting were current and past state governors of the ruling party, members of the national assembly, Boss Mustapha, secretary to the government of the federation (SGF), and other cabinet ministers. 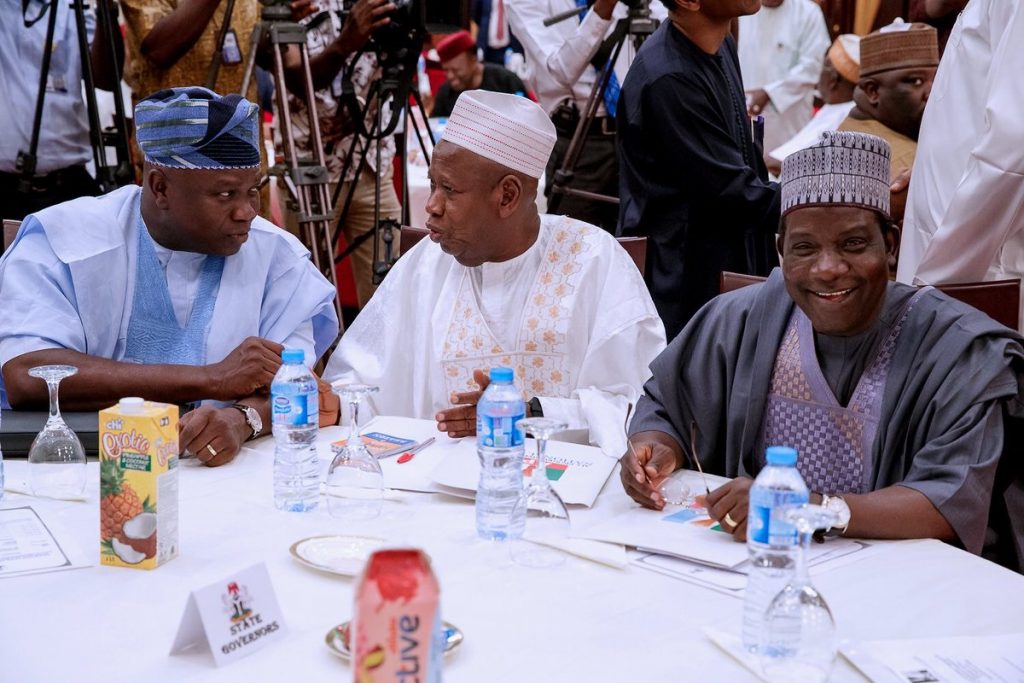 The politicians gathered ahead of the national executive council (NEC) meeting scheduled for APC headquarters on Tuesday.

The meeting, which held at the new banquet hall of the state house, Abuja, started around 8:20pm.

According to NAN, one of the major issues was the review of the APC constitution and consideration of report on true federalism as well as other matters.

The committee looked at 12 issues including merging of states, fiscal federalism and devolution of power.