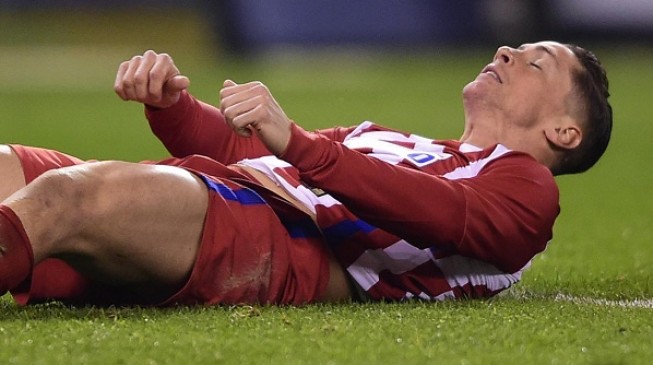 09:52 2017
Print This Article Share it With Friends
👤by Remi Sulola  0 Comments
Advertisement

Athletico Madrid striker, Fernando Torres, is in a stable condition after being rushed to hospital on Thursday night.

The former Chelsea star was momentarily unconscious after being involved in a clash of heads during Atletico Madrid’s encounter with Deportivo.

Torres hit the ground with a terrific thud after challenging Alex Bergantinos for an aerial ball.

Medical staff promptly rushed over and he was taken off the pitch on a stretcher. 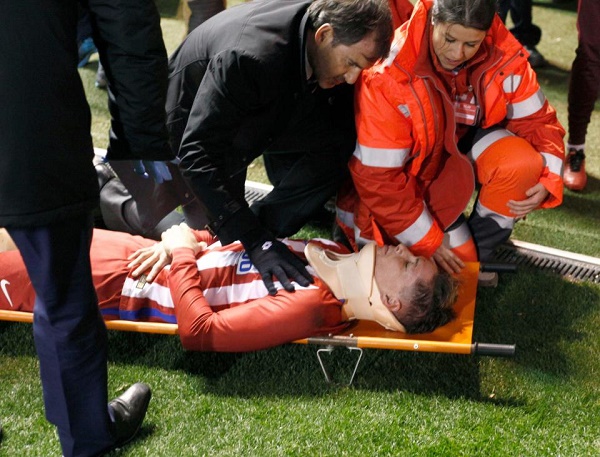 Torres being stretchered off

Some of the striker’s teammates appeared to be in tears while coach Diego Simeone protested to the officials.

Subsequently, Atlético gave an update on Twitter, assuring worried fans that the player was not in critical condition.

Thanks for the messages of support for @Torres. He’s stable and conscious. He’ll spend the night in hospital and undergo more tests tomorrow

The club also confirmed that the striker did not suffer any traumatic injury.

Good news (1/2) @Torres has undergone a cranial and cervical CT. There are no alterations nor traumatic injuries

Torres later tweeted at night, thanking fans for their concern.

TWITTER @thecableng
Copyright 2020 TheCable. All rights reserved. This material, and other digital content on this website, may not be reproduced, published, broadcast, rewritten or redistributed in whole or in part without prior express written permission from TheCable.
Tags
Antoine GriezmannAtletico MadridChelseaDiego SimeoneFernando Torressport
Advertisement

VIDEO: The moment Maryam Sanda was led out of the court after death sentence