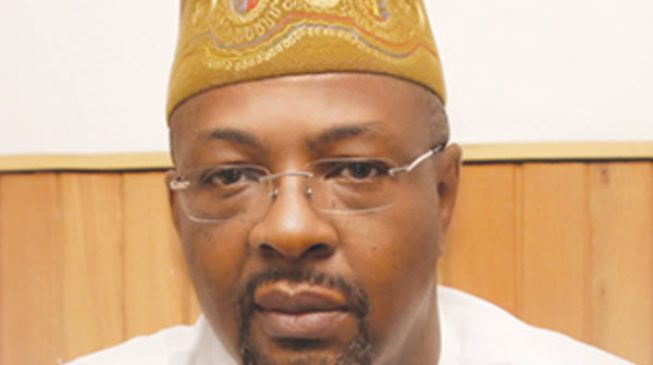 15:34 2018
Print This Article Share it With Friends
👤by Contributor  0 Comments
Advertisement

As we gradually move towards the close of the great Age of Oil, with the newer and brisk strides in the development of alternative energies, this bodes much disconcerting fortunes for mono-cultural economies like Nigeria, whose lifelines have hinged on oil receipts in the past several decades. Theseproceeds have, traditionally, not only accounted for over 80 percent of total income earnings, but also about 95 percent of foreign exchange accretions to the State. Hence, the cliff edge situation signposts the urgency of opening up new revenue frontiers, of which tourism offers huge possibilities.

No less astounding are the numbers spawned across the sector in the over 1.2 billion tourist arrivals in different destinations the world over in 2016, involving year-on-year increases in the past two decades; a projection of 1.4 billion arrivals in 2020, and 1.8 billion in 2030. No less staggering has the phenomenal growth in the global hospitality industry been, with anticipated revenues of about $600 billion in 2018. Closer home, even whilst still evincing so much latitude for growth and comprising less than 5 percent of the regional GDP, the World Travel and Tourism Council estimates the tourism industry in Sub-Saharan Africa to pull in as much as 4 million jobs in the next couple of years.

The prospects that much of these figures evoke, make Mr. Folorunsho “Folly” Coker – tourism and hospitality entrepreneur and bureaucrat, entertainment impresario, ex-Lagos State Commissioner for Tourism, and current director-general of the Nigerian Tourism Development Corporation (NTDC) – luxuriate excitedly in what signals a bright new day ahead for Nigerian finances, if the “big business of tourism” is carefully harnessed.

True, the potentials on the continent, as he sees them, look quite inspiring:  In the past year, the international tourist arrivals in Africa were 56 million people, revealing a year-on-year growth of 6 percent in the influx; a tourism revenue of $47 billion between 2011 and 2014, showing a 9 percent yearly increase; and the creation of 21 million jobs within that time frame. Also, in the past year tourism accounted for 7 percent of the continental export revenue, and 46 percent of the services export revenues.

Significantly, with Africa, and certainly Nigeria, gradually opening up to increased private sector investments from the United States, Europe, China and India, etc. – beyond the downturn of extractive industries – and improving social conditions in many localities, Mr. Coker seems particularly hopeful of an upsurge in domestic and inbound tourism on the continent. And, particularly in Nigeria, which received over 1.3 million tourists in 2015 alone.

In Folly Coker’s perspective, the possibilities of tourism as Nigeria’s new frontier of economic development and growth is one primed to generate considerable income for the country, while creating jobs (both of primary and secondary preoccupations), with other levels of spinoff involving activities across the gamut of hospitality and hotel business, restaurant and tour operations, airport services, and cabbing, etc.

These would entail opportunities for huge wealth creation along value chains, such as in construction, through the building of infrastructure, multi-nodal transportation systems, roads, etc., which would open up and expand various modes of tourism – from the seaside to hinterland, among others. It is equally poised to generate increasing demand for telecoms and financial services, furniture and furnishing, food, garments and handicraft, etc.

Moreover, Nigeria’s trove of world-renowned heritage sites, such as the Osun-Osogbo Sacred Groove in Osun State, the Ogba Ukwu Cave/Waterfalls and the Ogbunike Cave in Anambra State, the Kano City Wall and others, would deepen their alluring pull of cumulative parties of visitors, with the capability for leapfrogging the volumes of this traffic.

Certainly, as Mr. Coker recently observed, the regime around tourism in Nigeria has, no doubt, been enabled by the recent efforts of the government in improving the ease of doing business in Nigeria, seeing to greater visa access to visitors, the rehabilitation of airports, improvements in national security – as testified to by the great rollback of the Boko Haram insurgency in the North-East, the enhancements to the provision of electricity across the country, etc.

Also, as one with both private and public sector experiences in the business of tourism – being owner of the La Casa brand, involving beach resorts, spas, cafes, alongside a number of hospitality enclaves – and a crucial actor within the Lagos State administrative system, Mr. Folly Coker certainly understands the logic of tourism in building the wealth of a nation; and the crucial work involved.

This was deployed in his role as pioneer driver of the One Lagos Fiesta – the humongous crossover events staged simultaneously across the five divisions of Lagos (Ikorodu, Badagry, Ikeja, Lagos Island, and Epe) – as Commissioner of Tourism under Governor Ambode. This shapes Coker’s observation that, “Looking at the number of businesses that were engaged in putting those events together and its exponential, it is a viable strategy for a city like Lagos and other places because it is inward looking, and the multiplier effect of the investment remains within the economy.”

Yet, within the national space the first level of making the business of tourism work in Nigeria involved a revamping of NTDC as the regulatory institution around it and the legal framework of its operations, necessitating recourse to the National Assembly. “The laws of Nigeria at many levels are archaic – about 40 years old. And one of those things we had to do at NTDC was to go to the Senate. There is presently a Bill that seeks to redress this abnormality at the legislative chambers, ” as Coker put it.

Overhauling the institutions and frameworks around tourism has required an appeal to the notion aggregated within the acronym composed as CHIEFS, which unpacked speak to the need of introducing better ‘corporate governance’, developing the ‘human capacity’ and ‘infrastructure’ required. More so, it entails creating excitable ‘events’, securing the requisite ‘finance’, and fashioning the basis of ‘sustainability’ to enhance tourism’s ability to evolve into the next powerhouse of the Nigerian economy.

CHIEFS as a model of reform for the tourism sector would ultimately create multiple layers of value for social provisioning and the building of a solid revenue base for Nigeria. This capability is what Mr. Folly Coker highlighted in remarking that, “strategically, tourism as the largest employer of labour also purposefully employs women and the youth in its activities. It can be what GSM did to analogue; and that is what we need to do in the tourism Industry. It is a gradual process but it can be possible with the CHIEFS. If we stick to these stages, we will see the exponential growth of tourism.”

Already over a year in delivering leadership and direction to the organisation, Mr. Folly Coker’s NTDC has attained highly remarkable milestones in its journey, which can be recounted as issues of corporate governance and legislation – involving the sponsoring of a new NTDC bill – already passed through the Senate but still pending at the House of Representatives; the introduction of the new Nigerian Tourism Road Map, “CHIEF”, and the master brand, “Tour Nigeria”

In addition, there has been the digitalisation of the corporation, widespread training of staff, alongside their increased remuneration and general improvements in work conditions and environment, in terms of human capital development.This has progressed in tandem with plans for the rehabilitation of tourism asset across the country – from Kano to Kwara and Plateau States, etc., under the infrastructural development programme of the Corporation.

While major events, including the hosting of the ‘Nigerian Flavours’ campaign, which promotes the country’s food, music and arts, have held, activities towards the repackaging of the traditional Kano Durbar, the Iri ji Yam Festival in Anambra State, the Ogidi Ijumu Festival in Kogi State, Osun Osogbo and Felebration, have equally been on-going.

Furthermore, within the purview of finance and investment agenda of NTDC in the past year, the organisation has enhanced its collaborations and partnerships with all the tourism stakeholders in the country, whilst improving the performance of its budget in terms of project execution and implementation. And,the identification of newer sources of revenue generation for the Corporation through event marketing (ticketing, sponsorship and vendors management), etc.

Creating novel products and activities for a greater national economic revival seems essential to a reforming NTDC that is in a hurry to put Nigeria on the global tourism map. This was succinctly pointed out by Mr. Coker, who noted that, “we have a lot of music, films and so much more in Nigeria. If we put them together innovatively within a domestic tourism agenda and work, say, a festival framework around these, it would ultimately drive employment, income generation, and poverty alleviation.”

TWITTER @thecableng
Copyright 2019 TheCable. All rights reserved. This material, and other digital content on this website, may not be reproduced, published, broadcast, rewritten or redistributed in whole or in part without prior express written permission from TheCable.
Tags
Economynigeria
Advertisement