TRENDING VIDEO: ‘Buhari will lose power in 2019’ — when Melaye misheard from ‘God’ 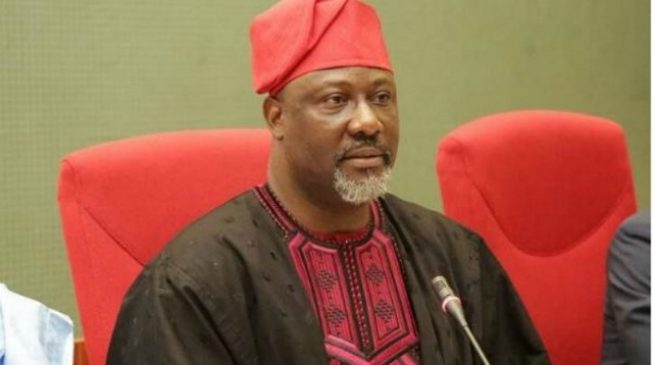 12:19 2019
Print This Article Share it With Friends
👤by TheCable  2 Comments
Advertisement

Dino Melaye, candidate of the Peoples Democratic Party (PDP) in the Kogi west senatorial rerun election, has lost his seat at the senate to Smart Adeyemi of the All Progressives Congress (APC).

In the build-up to the 2019 general election, the former senator said God spoke to him about the defeat of the APC and President Muhammadu Buhari in the election.

A video now in circulation shows when Melaye made the ”prophetic declaration”.

“I heard a call, Dino, and I said ‘Yes. Second time again, Dino; I said, yes. The third time I said ‘Lord speak for thy servant heareth’.  I assure you President Muhammadu Buhari is entitled to failure.”

Sitting on 4 multi-billion dollar boards at 33, Bella Disu has 7 tips for business leaders

RCCG’s many awesome miracles and the praise equation