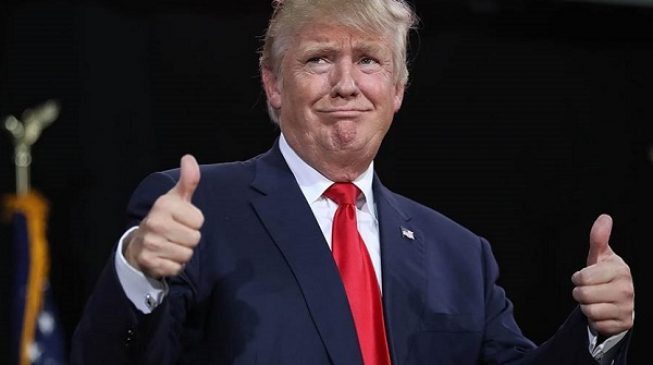 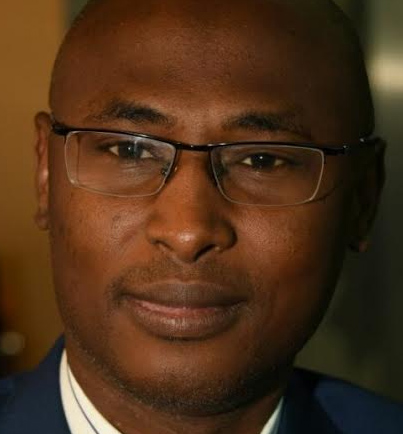 The surveys that place Nigeria among the strongholds of President Donald Trump’s endorsement are actually spot on. Nigerians are uniquely appreciative people. And we are among the major beneficiaries of Trump’s kind diplomatic word: “a shithole country”, just as we are also at the receiving end of his benevolent visa/immigration policies–which never discriminate against the people from shi*holes countries.

In Nigeria also, we adulate people with such class and finesse of Trump, and consequently no one will pretend to not appreciating the reason Trump manages to enjoy the cult-figure backing of the people. Don’t we have the proclivity to venerating leaders with history of consistency of contradiction and incoherence like Trump? Of course we do, unless perhaps we opt to dislike their hairs.

Yet if that survey captures only a section of the people, which is conceivably in sync with that outlandish claim that Trump is God-sent to liberalize the caged Israelites in Palestinian land— and of course fast-track the long-awaited biblical rapture—conducting a fresh study now would certainly blow Trump’s head.

A new investigation would surely reveal that a lot of us from the Muslim stronghold north have since switched to Mr Trump’s camp, as we have found a new super hero, who can squarely deal with Iran’s obduracy in the Middle East.

Like many of our Christian brethren who celebrated the death of Major General Qasem Soleimani, a “terrorist” who ironically not only trained but inspired Christians in Syria and Iraq to defend themselves against the ISIS’s blitzkrieg, we too, had a sectarian axe to grind with him.

It therefore goes without saying that with a single strategic shot, Trump’s magic bullet has not only unified all of us but cemented his bourgeoning support base across the country.

We are not alone though, as even our Holy Land, Saudi Arabia, could not hide its outrage against the Iranians for making good their retaliatory threat by despatching precision missiles to two American military camps in Iraq. How dare they?

The truth is that Iran had not right to lift a finger against the almighty US, which was apparently right to trigger the pervasive fear of Word War 3 with that thoughtful assassination of Soleimani.

After dismantling Iraq, Libya and Syria from the so-called Axis of Evil list, it’s obvious that one thing that will make Trump the Nobel Peace Prize winner is taking the war to the Iranian doorsteps. If Trump’s self-acclaimed, record export of peace to Ethiopia has remained a utopian dream for him, there’s a shortcut to actualizing it in the potential massacre of millions Shiite Muslims in Iran.

Like Iraq and Syria before it, Iran is due for hundreds of thousands of widows and millions of famished children in refugees’ camps. The tons of American sanctions it has endured over the years, though inimical, have so far failed to provide enough pornographic images and Arabian Nights erotica for the gluttonous lust of American media.

And we are all witnesses to how fruitful the American expedition was in Iraq, after thousands of children were killed either directly or through starvation.

Like Iraq, Iran, too, has to be invaded for Americans and the rest of the concerned world to sleep with two eyes closed and get uninterrupted supply of cheap oil for our economies. After all, General Wesley Clark (retd) had once let the cat out the bag.  It was him who told us that: “we’re going to take out seven countries in 5 years, starting with Iraq, and then Syria, Lebanon, Libya, Somalia, Sudan and finishing off, Iran”, quoting a source who saw the memo.

I am not surprised therefore that everybody is now convinced that the Ayotallahs in Iran must be stopped from laying their hands on nuclear weapons just like we knew that Saddam Husseini was stockpiling and filling the whole 437, 072 square kilo meters of Iraqi land with weapons of mass destruction.

Indeed the world had to heave a sigh of relief after US- led coalition stopped his evil plan. Indeed, his dangerous link with Alqaeda would have spelled apocalyptic doom for humanity. If the Iranians could heartlessly bomb Hiroshima and Nagasaki, there’s no guarantee now that when they succeed in building the weapons, they will keep them as toys in children’s parks like in the neighbouring Israel or in Walt Disney World, thousands kilo meters away.

But how did we even end up with this massive feeling of de ja vu in the Middle East?

Iraq and Iran have a striking resemblance. Like Saddam who was the mastermind of 9/11 terror attacks, which brought down the famous New York’s twin towers, Soleimani was the major sponsor of terror in the Middle East.  Wasn’t he the brain behind the rise of ISIS and its unmatched bellicosity in the region before his timely death?

At least someone would have been courageous enough to make this convincing argument at the US congress all in a bid to convince it about the dangers of Iranian threat.

Some of us can still not fathom the wisdom behind swarming in Libya with the locust of Alqaeda elements. We heard that they got exclusive aerial cover by the Western liberators. In any case, we have been counting the gains of that significant regime change in the once promising North African country.

From Nyamai to Timbuktu, from Guandare to Gusau, we have been enjoying unprecedented stability and economic prosperity in our sub-region since Libya sneezed. Perhaps all these years we were so docile to discern the fact that Muammar Ghaddafi and his Libya were seriously holding us back. Now thanks to Barrak Obama and Nicolas (Cage) Sarkozy, the dictator, the major hindrance to our development is no more and all our perennial problems are solved once with erecting of the Libyan Eldorado.

I still don’t know whether when next we are doing the Muslim census in the world the Iranians are eligible for our head count,  otherwise I would have suggested that since we are already too many, we should encourage Trump to be courageous enough to finish the job he started.

But my concern is that as soon as he wipes them all from the face of earth, a “Hunting-tone” in Washington may remind him of his policy declaration: “Islam hates us” which will impulsively trigger a fresh list. Yes because there would be over a billion who would survive.

Malaysian leader, Muhathir Mohamad, the only visionary doctor in the house, has already expressed his fears that anyone can now be a target of American drones of death. The interesting thing is that the rest of the Muslim World is very comfortable with the alarming situation. We seem to perfectly depict the mentality of a heard of buffalo we see in those videos which big cats prey on. The paradox is that once these buffaloes decide to come together to resist big cats their collective safety is guaranteed. But they will always watch helplessly as one of them is isolated and attacked by their eaters. Unfortunately, the buffaloes have more sense than us. They only run away and leave one of them to be mauled by their predators. The Muslims applaud as one of them is attacked. We asininely assist our attackers if we are not directly decimating ourselves.