TSA will sanitise our system in Imo, says Ihedioha 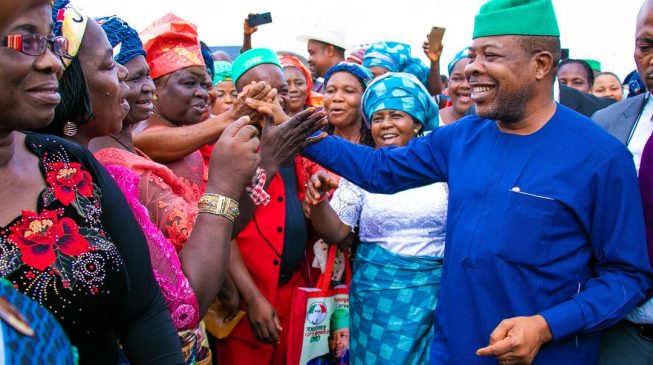 23:07 2019
Print This Article Share it With Friends
👤by Temitope Yakubu  0 Comments
Advertisement

Speaking when he hosted traditional rulers in the state, the governor said he had discovered avenues through which resources of the state were looted.

“I discovered there were leakages in the revenue accruing to the state government. This was largely due to numerous accounts being used for collection,” he said.

“We discovered over 250 bank accounts operated illegally by the past administration. Those were the pipes through which Imo treasury was looted. TSA will sanitise the financial system in the state. I want to run a transparent government and that is what we have enthroned.”

The monarchs under the aegis of “Concerned Traditional Rulers Forum” said the adoption of TSA will go a long way in ensuring prudent management of funds in the state.

“Your excellency, we commend your readiness to initiate TSA in the state. It will curb financial recklessness and ensure accountability in the funds of the state,” Eze Anayochkwu, spokesman of the forum, said.

Also, the Imo state chapter of the Christian Association of Nigeria (CAN) hailed the governor for signing the executive order 005 to bring into force the use of the TSA in the state.

According to Godson Ibeji, chairman of CAN, TSA is important for any government that values fiscal discipline.

He solicited the state government’s support to renovate the state secretariat of CAN, which according to him is in a sorry state.

TWITTER @thecableng
Copyright 2020 TheCable. All rights reserved. This material, and other digital content on this website, may not be reproduced, published, broadcast, rewritten or redistributed in whole or in part without prior express written permission from TheCable.
Tags
abujaAhmad Lawandinner
Advertisement