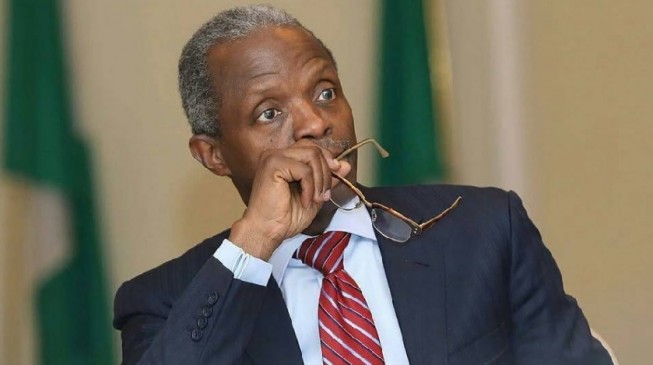 11:29 2019
Print This Article Share it With Friends
👤by TheCable  0 Comments
Advertisement

All tweets by the account have since been deleted and his profile picture and header image have been taken down.

The account which no longer shows up in Twitter query was said to have been suspended, retrieved and unverified — all in less than 24 hours.

While some suggest the VP was hacked, others claim he was suspended, but Twitter is yet to speak on the matter.

The hit — whatsoever it actually was — took place on Friday night and early Saturday, but the account was back online by Saturday morning, but all 2,399 tweets previously made by the vice-president and former attorney general of Lagos state were all gone.

TheCable accessed an archived version of the VP’s account, and his last tweet was from July 28, 2019 — after visiting the home of Precious Owolabi, the Channels TV reporter killed in the Shi’ites-Police clash in Abuja.

“Nothing will ever compare with the pain of losing a child. This evening, I visited the family of Precious Owolabi and as a nation, we grieve the loss of this bright young man. May the Almighty God comfort the family and loved ones,” Osinbajo tweeted, alongside a video from the visit. 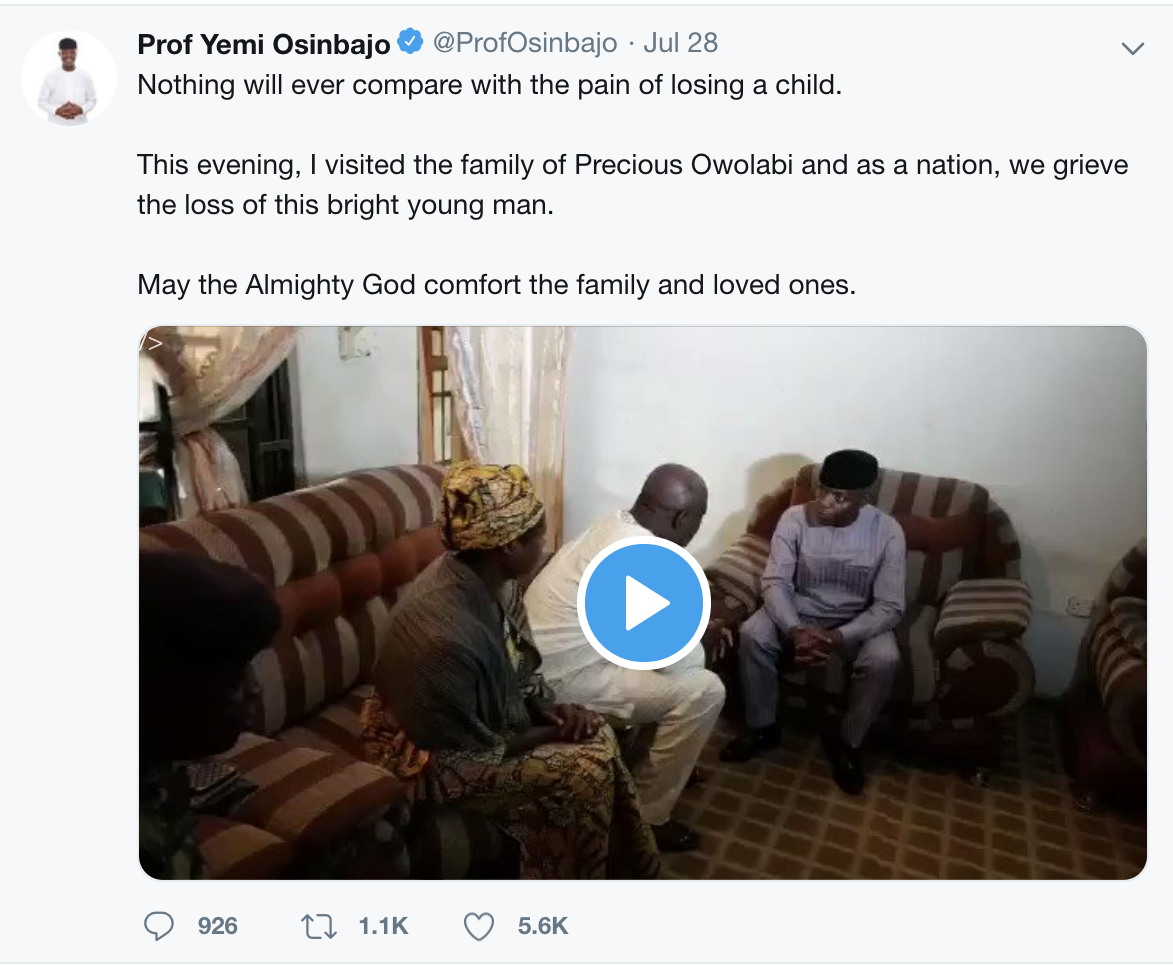 TheCable contacted Twitter to confirm the reasons behind the suspension — but no response has been received as at the time this report was filed.

Laolu Akande, the senior special assistant to the VP on media and publicity, was contacted for comments. 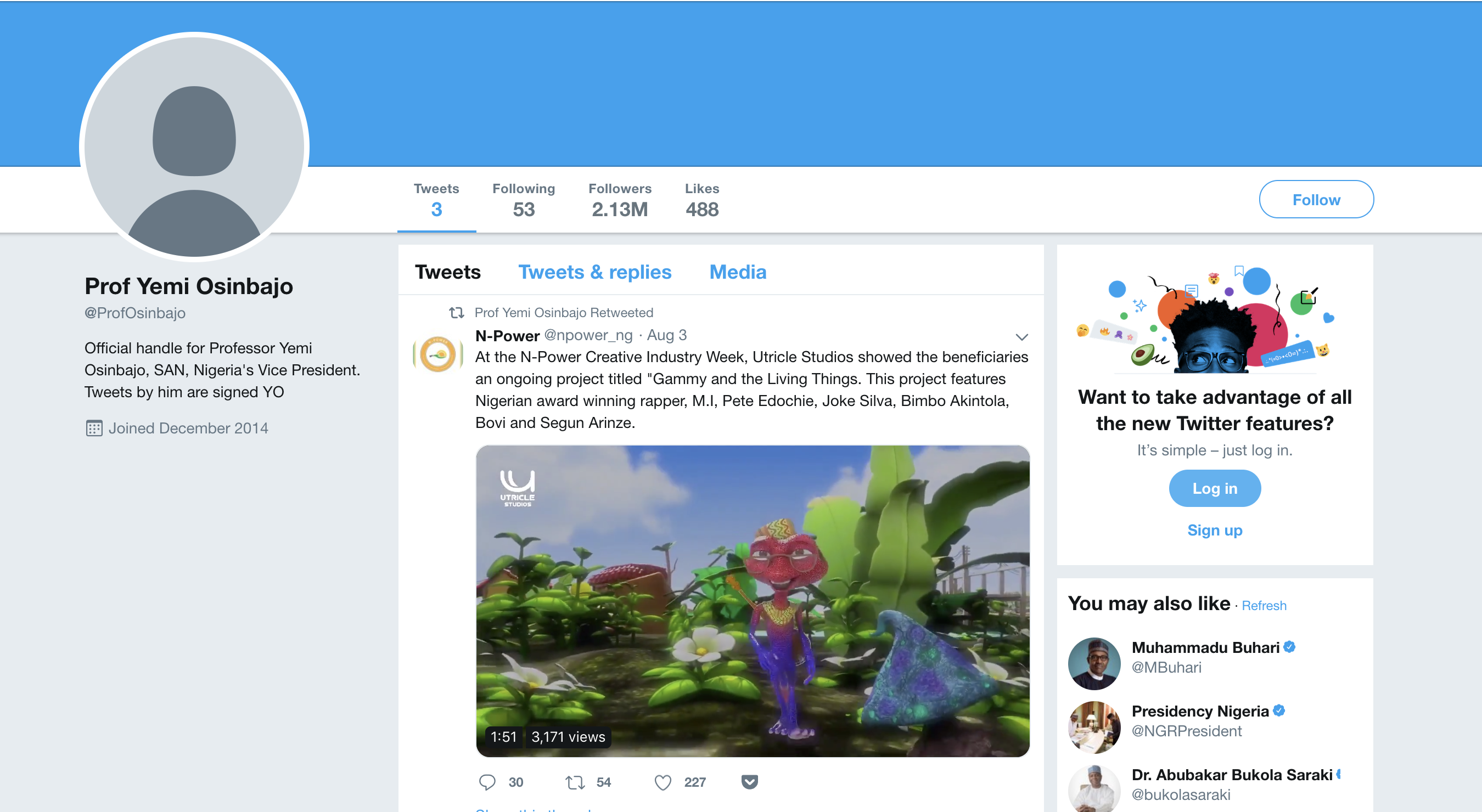 “Common reasons for suspension may include: Spam: Most of the accounts we suspend are suspended because they are spammy, or just plain fake, and they introduce security risks for Twitter and all of our users. These types of accounts are against our Twitter Rules. Unfortunately, sometimes a real person’s account gets suspended by mistake, and in those cases we’ll work with the person to make sure the account is unsuspended.

“Account security at risk: If we suspect an account has been hacked or compromised, we may suspend it until it can be secured and restored to the account owner in order to reduce potentially malicious activity caused by the compromise.

“Abusive Tweets or behavior: We may suspend an account if it has been reported to us as violating our Rules surrounding abuse. When an account engages in abusive behavior, like sending threats to others or impersonating other accounts, we may suspend it temporarily or, in some cases, permanently.”