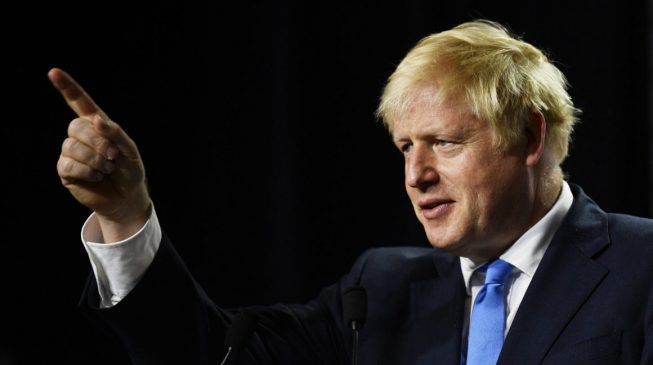 08:50 2019
Print This Article Share it With Friends
👤by TheCable  0 Comments
Advertisement

Boris Johnson, prime minister of the UK, will to return to office after his party, the Conservatives, won majority seats in the general election.

According to the BBC, with just a handful of seats left to declare in the election, the party, also known as the Tory, will get a sweeping majority.

Johnson said the victory will give him a mandate to “get Brexit done” and take the UK out of the EU in January.

Jeremy Corbyn said Labour had a “very disappointing night” and he would not fight a future election.

This, it said, means the Conservatives will have their biggest majority at Westminster since Margaret Thatcher’s 1987 election victory.

Labour, which has lost seats across the North, Midlands and Wales in places which backed Brexit in 2016, is facing its worst defeat since 1935.

TWITTER @thecableng
Copyright 2020 TheCable. All rights reserved. This material, and other digital content on this website, may not be reproduced, published, broadcast, rewritten or redistributed in whole or in part without prior express written permission from TheCable.
Tags
Boris Johnsonelectionuk
Advertisement