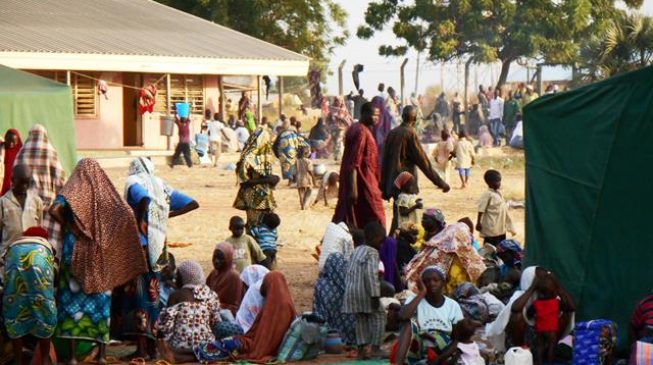 17:28 2019
Print This Article Share it With Friends
👤by Chinedu Asadu  0 Comments
Advertisement

The United Nations says at least 1.2 million people are currently stranded in the north-east where Boko Haram insurgency has been on for 10 years.

Edward Kallon, UN humanitarian coordinator in Nigeria, said this on Friday while speaking at the international civil-security summit in Maiduguri, Borno state capital.

Kallon said there is a “continuously shrinking humanitarian space” in the north-eastern states of where the insurgents have continued to unleash mayhem.

“As of this year, two more LGAs have become out-of-reach for the humanitarian community,” he said.

He said while over 35,000 people have lost their lives in the insurgency, 14,000 were civilians “but many others were members of the Armed Forces of Nigeria.”

The UN official lamented that aid workers have “increasingly become the target of attacks by non-state armed groups, criminals and petty thieves.”

“Ten aid workers, all Nigerians, have died as a result of violence perpetrated by Boko Haram and other non-state armed groups in the past 18 months,” he said.

“Six of our colleagues are still held hostage.”

Reuters had reported that security forces have left major roads in the north-east in a new strategy, thereby “cutting off access for humanitarians workers as more of the region falls under the sway of the insurgents.”

TWITTER @thecableng
Copyright 2020 TheCable. All rights reserved. This material, and other digital content on this website, may not be reproduced, published, broadcast, rewritten or redistributed in whole or in part without prior express written permission from TheCable.
Tags
boko haramnorth-eastUN
Advertisement