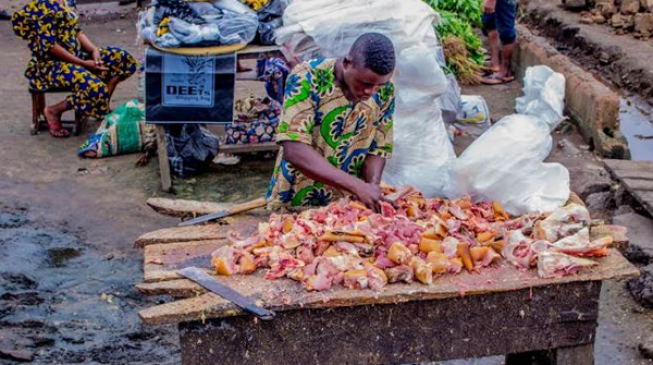 13:37 2018
Print This Article Share it With Friends
👤by Contributor  0 Comments
Advertisement

In our previous articles, we thoroughly discussed the dire issues of unhealthy abattoirs in Nigeria, using the Bodija Abattoir in Ibadan as a case study. Here, we elucidated on their poor environmental state and the unscrupulous meat processing activities carried out by the butchers. We also discussed the shady acts of selling infected meat, a common practice in Nigerian abattoirs where meat and offal infected with diseases such as tuberculosis, worms, brucellosis etc., are smuggled to be sold to the public for consumption. Through our investigations, we now understand more clearly the high public health risk that this presents for the large meat-consuming population of Nigeria.

To further buttress our findings on abattoirs in Nigeria, we carried out some field and laboratory tests over a period of one month. Samples were collected from animals that are being slaughtered at the abattoir and whose meat are being transported for sale at the meat markets. As part of our findings, on a daily basis, we identified at least 7 meat and offal with lesions that showed classical TB infections. (Of course, there may have been several others that were not brought to our attention). These meat samples were further inspected at the laboratory and were confirmed by gross pathology and H&E examination respectively for tuberculosis. Also, we randomly collected fecal samples from cattle at the abattoir and tested them for worm infestation. Helminth tests revealed that about 25% of the total fecal samples examined tested positive for various worm eggs as indicative of worm infestations. 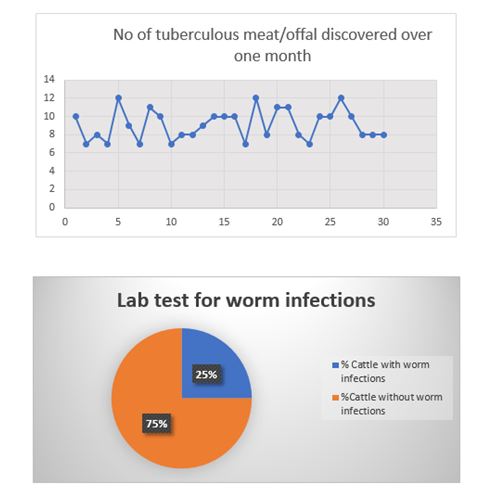 It is important to note that these diseases are zoonotic (that is, can be transmitted from animals to humans and vice versa) and cooking does not always kill all the micro-organisms every time. Indeed, Cadmus et al confirmed in his report that there is the spread of Mycobateriumbovis in humans in Nigeria with Mycobateriumbovisbeing the strain of tuberculosis that is specific for cattle and usually found in meat. Other zoonotic diseases that can be transmitted to humans include, leptospirosis, anthrax, salmonellosis etc.

#AbattoirNigeria – Our message to you on safe meat consumption

Whether for health reasons or for aesthetic reasons, it is highly expedient that this issue of unhealthy abattoirs be resolved finally. Based on the public reactions and outcry garnered from previous reports in this series, we can all collectively agree that it is indeed a national disgrace to have our abattoir where some of our staple food is produced in such unhealthy and filthy states. Therefore, it is the collective jobs of all and sundry to ensure that practical solutions are carried out for a systematic positive change in our abattoirs. We hereby propose the following recommendations;

Together, we can answer the urgent call to protect the ourselves from various infectious and zoonotic diseases that are gotten from unhealthy consumption of meat and offal in abattoirs. Remember, eat healthy to stay healthy.

The #AbattoirNigeriastory series is supported by Code4Africa’sImpactAFRICA Fund, and Bill and Melinda Gates Foundation

TWITTER @thecableng
Copyright 2020 TheCable. All rights reserved. This material, and other digital content on this website, may not be reproduced, published, broadcast, rewritten or redistributed in whole or in part without prior express written permission from TheCable.
Tags
AbattoirsEnvironmental
Advertisement