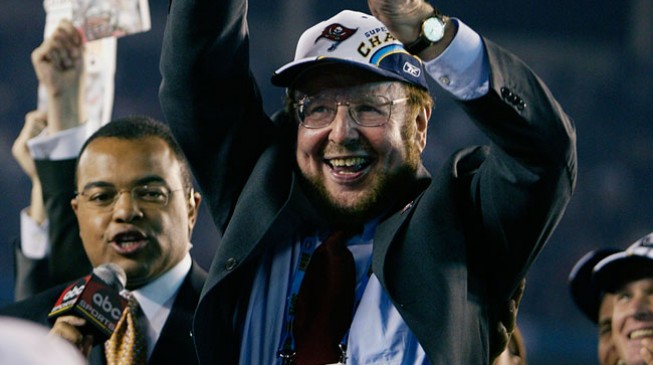 23:09 2014
Print This Article Share it With Friends
👤by Victor Akhidenor  0 Comments
Advertisement

His death was announced on Wednesday night by his National Football League franchise, the Tampa Bay Buccaneers.

Glazer controversially became owner of United in May 2005 and his tenure was an uneasy one, with many fans unhappy at the level of debt his takeover had put on the club, who have largely continued to prosper ever since.

“The Tampa Bay Buccaneers are saddened to announce the passing of owner/president Malcolm Glazer earlier this morning at the age of 85,” the Buccaneers announced on their official website.

It is understood Glazer’s death will not have any significant effect on the ownership of the Barclays Premier League club, with the family retaining a 90 per cent share.

A spokesperson for the Old Trafford outfit sent a short-worded condolence.

“The thoughts of everyone at United are with the family tonight.”

Glazer came to limelight in England with his acquisition of United nine years ago, using loans against the club’s assets to finance his takeover, which totalled almost £800 million.

United had previously been a debt-free club and it was Glazer’s means that brought the ire of a number of supporters, although the club have continued to enjoy plenty of good times on the pitch, such as five Premier League, three League Cup, and the 2007/08 Champions League triumphs.

Born in Rochester, New York, as one of seven children, Glazer took over his family business at the age of 15, following the death of his father. He went on to thrive in professional business, owning or becoming a substantial shareholder in a number of renowned public companies.

Glazer is survived by his wife Linda, six children, which include United’s co-chairmen, Joel and Avram Glazer.

TWITTER @thecableng
Copyright 2020 TheCable. All rights reserved. This material, and other digital content on this website, may not be reproduced, published, broadcast, rewritten or redistributed in whole or in part without prior express written permission from TheCable.
Tags
Champions LeagueEnglandJoel and Avram GlazerLeague CupMalcolm Glazermanchester unitedNational Football Leaguenew yorkPremier League titlesRochesterTampa Bay BuccaneersTheCable
Advertisement