US embassy ‘not moving’ to Jerusalem before 2020 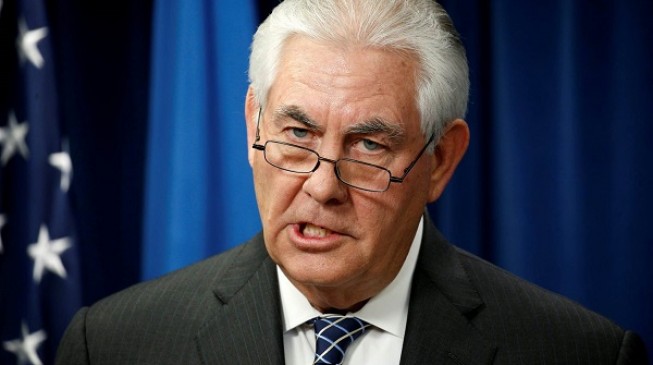 09:07 2017
Print This Article Share it With Friends
👤by News Agency  0 Comments
Advertisement

Rex Tillerson, US secretary of state, has said the American embassy in Israel is unlikely to be moved to Jerusalem before 2020.

“It’s not going to be anything that happens right away,” US news daily, New York Times, quoted Tillerson as saying during a speech at the state department.

“Probably no earlier than three years out, and that’s pretty ambitious,” he added.

US President Donald Trump on December 6 announced the recognition of Jerusalem as Israel’s capital and his intention of moving the US embassy from Tel Aviv to Jerusalem.

The declaration serves “the interest of the United States and the peace between Israel and the Palestinians,” said Trump in a televised speech.

Speaking of the moving of the US embassy, Trump said the state department will immediately begin to hire architects and engineers, so as to make the new embassy “a magnificent tribute to peace” when completed.

Trump’s decision, which was seen as undermining the Middle East peace process and further destabilising the region, has drawn condemnation and opposition globally.

TWITTER @thecableng
Copyright 2020 TheCable. All rights reserved. This material, and other digital content on this website, may not be reproduced, published, broadcast, rewritten or redistributed in whole or in part without prior express written permission from TheCable.
Tags
israelRex Tillersonus
Advertisement