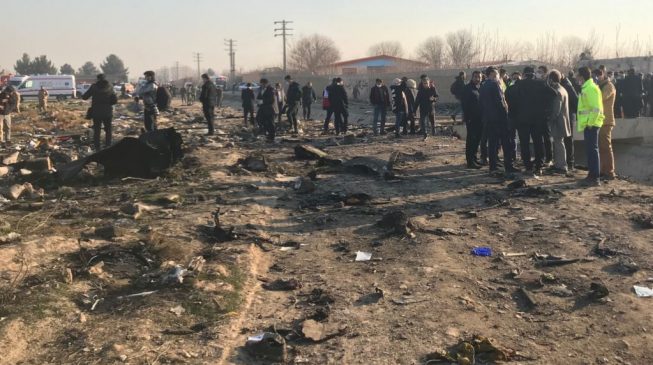 19:07 2020
Print This Article Share it With Friends
👤by Dyepkazah Shibayan  0 Comments
Advertisement

Iran mistakenly shot the Ukrainian passenger plane that crashed on Wednesday, killing all the 176 people on board, according to US officials.

The aircraft crashed shortly after takeoff from Tehran’s airport.

The incident occurred after Iran launched missiles that hit two air bases of US forces in Iraq.

The attack was a response to the killing of Qasem Soleimani, leader of the Quds Force, by a US drone strike last week.

CBS News is reporting that the US intelligence claims its satellites detected two surface-to-air missile launches shortly before the plane exploded.

It quoted a source as saying that “it appears missile components were found near the crash site.”

Responding, Iran’s civil aviation authority said the assertion by the US “is not true.”

US President Donald Trump also said he has his suspicion. Trump said the aircraft “was flying in a pretty rough neighborhood, and somebody could have made a mistake.”

“I had my suspicions. I don’t want to say that because other people have their suspicions also,” Trump said when he was asked about the incident at the White House on Thursday.

Tension between the US and Iran have escalated following the killing of Soleimani. Two missiles landed in the Green Zone on Wednesday shortly after Trump said his administration wants peace.

TWITTER @thecableng
Copyright 2020 TheCable. All rights reserved. This material, and other digital content on this website, may not be reproduced, published, broadcast, rewritten or redistributed in whole or in part without prior express written permission from TheCable.
Tags
IranUkraine passenger jetus
Advertisement