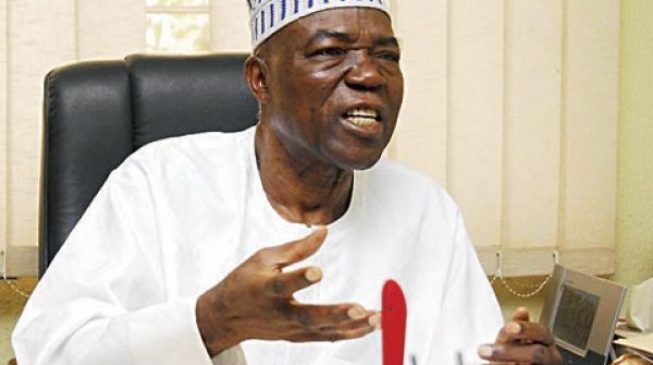 10:47 2018
Print This Article Share it With Friends
👤by News Agency  0 Comments
Advertisement

The 75-year-old former minister of the federal capital territory (FCT) clinched the ticket after defeating 12 other aspirants in the primary held on Sunday.

Useni polled 1,018 votes to defeat his closest rival Johnbull Shekarau, a member of the house of representatives who got 340 votes. About 2,097 delegates from 17 local government areas participated in the primary.

He will face Simon Lalong, candidate of the All Progressives Congress (APC) and incumbent governor, in the 2019 governorship election.

Umar Mantu, a PDP aspirant for the Mangu/Bokkos federal constituency seat, has congratulated Useni for clinching the party’s ticket.

In a statement on Monday, he said Useni’s leadership experience as a military governor, FCT minister and army general makes him qualified to govern the north-central state.

“Plateau needs someone who understands security, politics, economy and mutual co-existence. The state is facing some serious security challenges and the people want a peaceful atmosphere to forward. Useni will provide this,” he said.

TWITTER @thecableng
Copyright 2020 TheCable. All rights reserved. This material, and other digital content on this website, may not be reproduced, published, broadcast, rewritten or redistributed in whole or in part without prior express written permission from TheCable.
Tags
JosPDPPlateauUseni
Advertisement