VIDEO: ‘How I was deceived after policemen killed my husband’ — widow of slain NSCDC official speaks 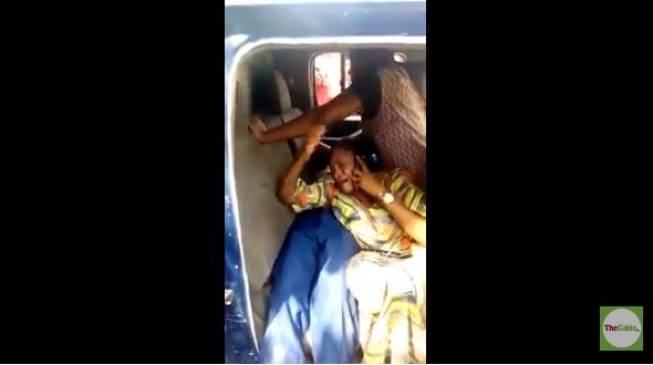 15:42 2019
Print This Article Share it With Friends
👤by TheCable  0 Comments
Advertisement

The widow of Ogar Jumbo, an official of the Nigeria Security and Civil Defence Corps (NSCDC), allegedly killed by unidentified police officers in Abuja, has narrated how the first hospital they took him to did not open up that he had died.

In a video trending online, the woman said he was referred to another hospital.

On Tuesday, TheCable reported how Ogar was brutalised by some policemen near a military check point close to a branch of the Redeemed Christian Church of God (RCCG) around Nyanya market.

The deceased was conveying his two children to school in company of his wife when policemen ordered him to stop.

Ogar was said to have made a U-turn at a wrong location to enable him get to the school on time before the police officers, who were on duty in the area, stopped him for failing to comply with traffic rules.

In the video, the woman was seen in a police van sitting beside the remains of her husband.

“We took him to a hospital in Nyanya. Later they said I should go and get card and they eventually referred him to another hospital. They didn’t want me to know that he had died,” she said as she broke down in tears.

People rallied round the woman and her two sons who wept uncontrollably.

Watch the video below: