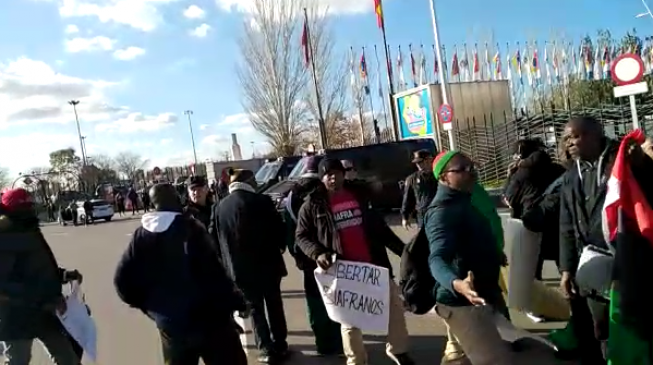 23:53 2019
Print This Article Share it With Friends
👤by Mansur Ibrahim  0 Comments
Advertisement

Young men with flags of the Indigenous People of Biafra (IPOB) had filed out on the street waiting for the minister but the policemen dispersed them peacefully.

The incident has been generating reactions on social media.

See the video below:

TWITTER @thecableng
Copyright 2020 TheCable. All rights reserved. This material, and other digital content on this website, may not be reproduced, published, broadcast, rewritten or redistributed in whole or in part without prior express written permission from TheCable.
Tags
IPOBrotimi amaechi
Advertisement