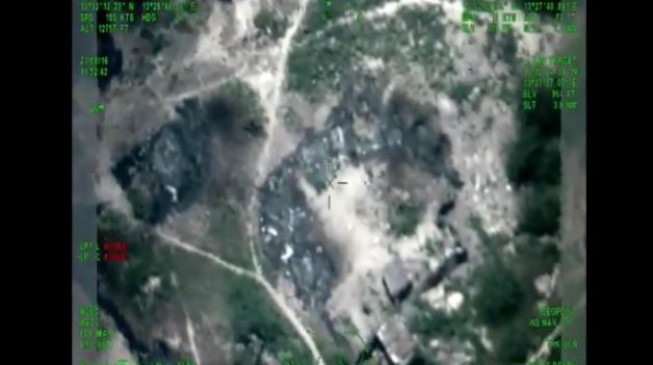 18:13 2016
Print This Article Share it With Friends
👤by Mayowa Tijani  0 Comments
Advertisement

The Nigerian Air Force (NAF) has released another video, showing its latest operation in the northeast where it fatally wounded Abubakar Shekau, leader of Boko Haram.

The video, which was released after the Nigerian military claimed 300 insurgents were killed, is a follow-up to the one detailing how insurgents were monitored by the military.

Images from the video show some firepower, but not much of graphic realities to confirm how many people were killed in the attack.

The video does not show Shekau, or any other Boko Haram commander to be “fatally wounded”.

TWITTER @thecableng
Copyright 2020 TheCable. All rights reserved. This material, and other digital content on this website, may not be reproduced, published, broadcast, rewritten or redistributed in whole or in part without prior express written permission from TheCable.
Tags
boko haramNAFShekau
Advertisement