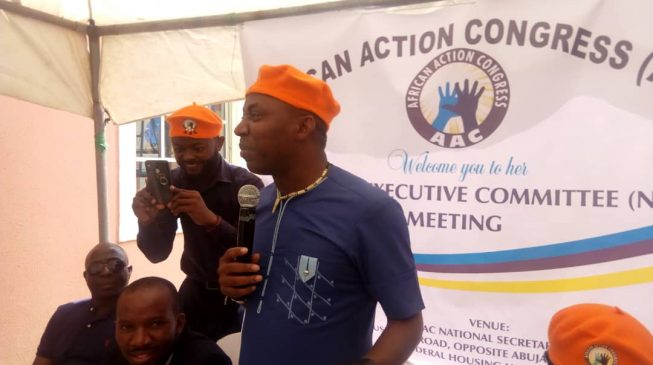 13:26 2019
Print This Article Share it With Friends
👤by TheCable  0 Comments
Advertisement

SaharaReporters has released a CCTV footage of how Omoyele Sowore, presidential candidate of the African Action Congress (AAC) in the 2019 elections, was arrested.

Operatives of the Department of State Services (DSS) picked him up in Lagos on Saturday and later transferred him to Abuja.

He was arrested for spearheading a nationwide protest tagged #RevolutionNow. Peter Afunaya, spokesman of the secret police, said the agency went after Sowore because he crossed the “red line”.