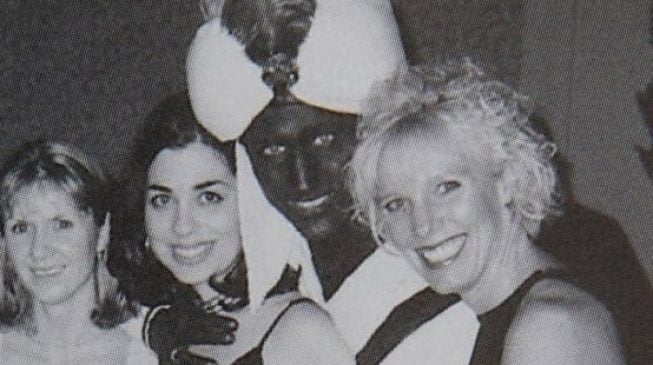 18:14 2019
Print This Article Share it With Friends
👤by Jerry Lenbang  0 Comments
Advertisement

Justin Trudeau, Canada’s prime minister, has been spotted in a new video wearing blackface, a day after he admitted such behaviour was racist.

The incident is the third in which Trudeau was reported to have worn blackface in yet another crucial blow to the PM’s image with the election a month away.

The politician had apologised and begged Canadians to forgive him on Wednesday after photos of two similar episodes were brought to light.

'I should have known better but I didn’t, and I'm really sorry.’ — Justin Trudeau has apologized after a photo surfaced yesterday of the Canadian prime minister in brownface pic.twitter.com/FerDK0oERh

Time Magazine had published a photo and claimed it was taken from the yearbook from the West Point Grey Academy, a private school in British Columbia where Trudeau worked as a teacher before entering politics.

The prime minister, who started his re-election campaign last week, had taken responsibility for the action.

“I’m pissed off at myself. I’m disappointed in myself,” he told reporters.

“I should have known better then, but I didn’t, and I am deeply sorry for it. I’m going to ask Canadians to forgive me for what I did. I shouldn’t have done that. I take responsibility for it. It was a dumb thing to do.”

But on Thursday, Global News shared an undated video clip where Trudea is seen in blackface waving, with his arms and legs also appearing to be painted.

The news outlet said it obtained the video from a source within the Conservative Party of Canada earlier this week but could not publish the material until it could determine the authenticity.

The 47-year-old politician, whose party won a landslide victory in 2015, has already been enmeshed in the web of a corruption scandal, among many other controversies.

The new development could spell doom for Trudeau, who will face serious challenge from Andrew Scheer, Conservative leader, on October 21.

“What Canadians saw this evening was someone with a complete lack of judgment and integrity and someone who is not fit to govern this country,” Scheer said.

TWITTER @thecableng
Copyright 2019 TheCable. All rights reserved. This material, and other digital content on this website, may not be reproduced, published, broadcast, rewritten or redistributed in whole or in part without prior express written permission from TheCable.
Tags
Canada electionCanadian PMJustin Trudeau
Advertisement