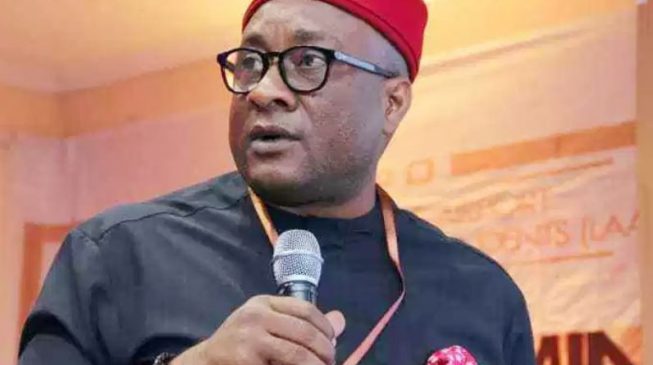 16:42 2019
Print This Article Share it With Friends
👤by Oluseyi Awojulugbe  0 Comments
Advertisement

Allen Onyema, the chairman of Air Peace, says Nigeria does not need the assistance of any foreign airline to establish a new national carrier.

Onyema made this statement while speaking at the 23rd annual conference of the League of Airports and Aviation Correspondents (LAAC) on Wednesday in Ikeja.

He said the recent claim by Ethiopian Airlines that it was in talks with the federal government to establish an airline in Nigeria was an affront to the country.

The federal government had suspended plans to launch a national carrier in 2018.

“Nigerian airlines are very strong and it is insulting for another African airline to come to our country to help us to set up a national carrier,” NAN quoted him to have said.

“The government must trust our airlines because as I speak, other African countries are coming to Air Peace for assistance to set up their own national carriers which we have agreed to assist them in a win-win situation.

“We must begin to resist such moves to belittle Nigerian carriers in order to continuously exploit the country.

“How many Nigerians have 34 foreign airlines flying into the country employed in the last 10 years. Is it commensurate with what they have taken out of the country?”

According to Onyeama, other airlines have been forced to reduce their fares on the Sharjah-Dubai since Air Peace began operations on the route.

He said such moves by foreign governments are responsible for the failure of Nigeria airlines on the lucrative international routes.

On the Single African Air Transportation Market (SAATM), Onyema said the policy was a fraud against Nigeria because there was no level playing field for airlines in the country.

Onyema said there were investors willing to come into the sector but were being discouraged because of the policies currently in place which were impeding business growth.

TWITTER @thecableng
Copyright 2019 TheCable. All rights reserved. This material, and other digital content on this website, may not be reproduced, published, broadcast, rewritten or redistributed in whole or in part without prior express written permission from TheCable.
Tags
Air PeaceAllen Oyeamaethiopian airlines
Advertisement