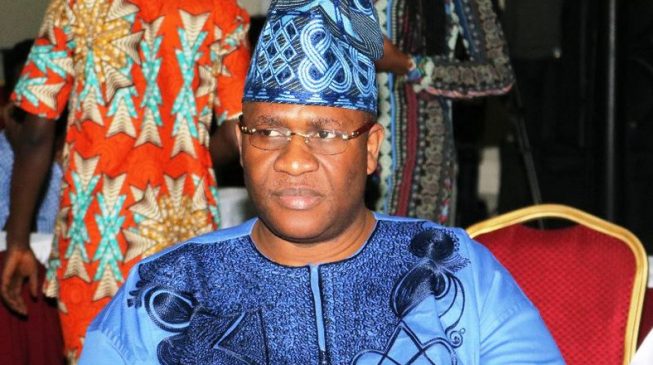 06:46 2019
Print This Article Share it With Friends
👤by News Agency  0 Comments
Advertisement

The Lagos state house of assembly says it will not repeal the state’s pension law permitting former governors and other public office holders to receive juicy pensions from state coffers.

In an interview with NAN on Sunday, Tunde Braimoh (pictured), chairman, house committee on information and strategy, said Lagos assembly will not go the way of the Zamfara assembly which recently repealed pension law for its former governors.

A federal high court in Lagos had ordered the federal government to recover pensions collected by former governors now serving as ministers and members of the national assembly.

The court also directed Abubakar Malami, attorney-general of the federation, to challenge the legality of states’ pension laws permitting former governors and other ex-public officials to receive such pensions.

Braimoh, however, faulted the court ruling that ordered Malami to take immediate legal action towards the abolishment of state laws that permit “former governors to enjoy governors’ emoluments while drawing normal salaries and allowances in their new political offices.”

He told NAN that as long as the law did not contravene the constitution, state assemblies had the right to make laws for the benefit of the society in which they operate.

The lawmaker said separation of powers as enshrined in the constitution empowers the legislature to make laws, the executive to implement and the judiciary to interpret the laws.

“Therefore, legislators make laws that are in tune with the yearnings and dynamics of their society.

“Until another legislature comes to alter, review or amend the law, the law is meant to be obeyed.

“The judiciary cannot pronounce that a law by the state is unconstitutional unless such state law is contradictory to the constitution.”

Braimoh said he was not aware of any law that restricted state assemblies from making laws for the provision of welfare package of former governors and public office holders.

Below are details of the pension of former governors of Lagos:

The Lagos State Governor and Deputy Governor Pensions Law of 2007 provides one of the most lucrative pensions in the federation. The highlight is that the former governor is entitled to six new cars every three years and a house in Lagos and another in Abuja. Conservatively, a house in Lagos will cost N500 million and one in Abuja N700 million. The former governor and family (spouse and children ─ both married and unmarried) are entitled to free medical which is not capped. Another highlight is that the ex-governor is entitled to a cook, steward, gardener and other domestic staff who are pensionable.

Annual Basic Salary: 100% of annual basic salaries of the incumbent governor and deputy.

Domestic staff: Cook, steward, gardener and other domestic staff (no limit) who shall be pensionable.

Medical: Free medical treatment for ex-governor and deputy and members of their families (not just spouses).

Drivers: Pensionable (no limit to number of drivers).