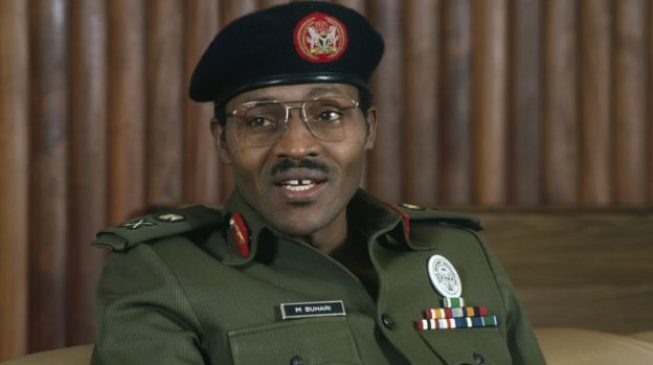 08:33 2019
Print This Article Share it With Friends
👤by TheCable  0 Comments
Advertisement

The Punch newspaper says it will now prefix President Muhammadu Buhari’s name with his rank as a military dictator in the 80s in all its publications in protest against the rising disregard for the rule of law by his administration.

In an editorial entitled ‘Buhari’s lawlessness: Our stand’, on Wednesday, the newspaper said it will also refer to the Buhari administration as a regime until it purges itself of ”contempt for the rule of law”.

”As a symbolic demonstration of our protest against autocracy and military-style repression, PUNCH (all our print newspapers, The PUNCH, Saturday PUNCH, Sunday PUNCH, PUNCH Sports Extra, and digital platforms, most especially Punchng.com) will henceforth prefix Buhari’s name with his rank as a military dictator in the 80s, Major General, and refer to his administration as a regime, until they purge themselves of their insufferable contempt for the rule of law,” it said.

The Buhari administration has been criticised for its application of extra-judicial means in matters.

In October, 2016, agents of the Department of State Services (DSS) invaded the residences of judges in the dead of night knocking down doors.

Also, there have been arrests and detention of citizens by the secret police without regard to the verdicts of the courts on the cases.

Omoyele Sowore, pro-democracy activist, was rearrested last Friday — less than 24 hours after he was released on Thursday. He had spent 125 days in detention before of his brief release.

No charges have been filed against him since he was re-arrested, but he has been held for more than 48 hours against the Hebeas Corpus law.

Under the law, a person shall not be detained for more than 48 hours without an order of a court.

TWITTER @thecableng
Copyright 2020 TheCable. All rights reserved. This material, and other digital content on this website, may not be reproduced, published, broadcast, rewritten or redistributed in whole or in part without prior express written permission from TheCable.
Tags
President Muhammadu Buharipunch
Advertisement