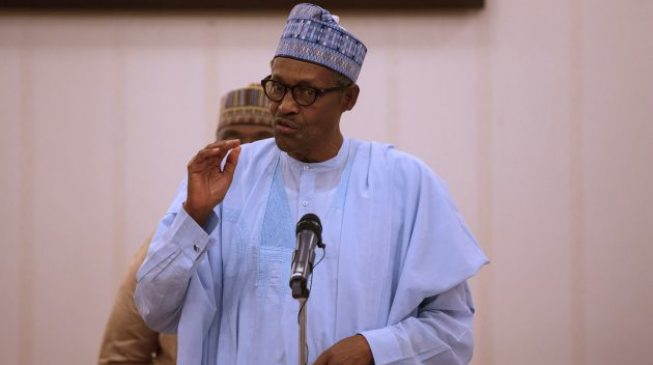 09:34 2019
Print This Article Share it With Friends
👤by News Agency  0 Comments
Advertisement

In a statement on Saturday by Garba Shehu, senior special assistant to the president on media, Buhari was quoted to have vowed to respond fiercely against “these brutal and remorseless enemies of humanity”.

The president also commiserated with the victims of the unfortunate attacks, the government and people of Sokoto state.

“These frequent and large scale killings of poor villagers by gangs of mass murderers must be met with the fiercest force the government can mobilise,” he said.

The presidential spokesman also announced that troops had been deployed to the affected areas and aerial security measures put in place.

“The Police commissioner as well as the Sultan of Sokoto, His Eminence, Muhammad Sa’ad Abubakar III, has since visited the affected local government area, Goronyo,” he said.

“The Presidency is consulting with states rocked by this tit-for-tat violent attacks with a view to complementing the security measures being put in place by getting the communities to dialogue with one another.

‘‘The results we are getting from Zamfara State where this sort of engagement is ongoing at the instance of the local authorities working with the police and other security agencies are very encouraging.

‘‘Other states in the federation where there are similar security challenges are encouraged to emulate Zamfara in the hope that the solution to the problems will be found.”

According to him, the Buhari administration will continue to encourage dialogue and disarmament of communities and bandits.

He, however, warned that the government would not tolerate ”any situation where the spirit of ceasefire is made a mockery of by continued violence against innocent people”

Suspected armed bandits had attacked some villages in Goronyo on Wednesday night and killed more than 20 persons.

TWITTER @thecableng
Copyright 2020 TheCable. All rights reserved. This material, and other digital content on this website, may not be reproduced, published, broadcast, rewritten or redistributed in whole or in part without prior express written permission from TheCable.
Tags
Goronyo KillingsMuhammadu BuhariSokoto Attacks
Advertisement