What manner of society is this? 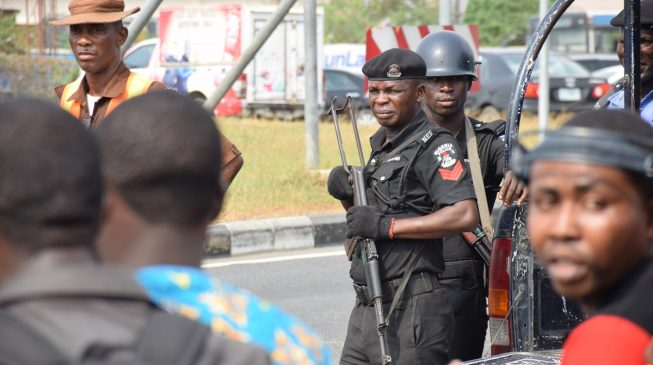 10:42 2018
Print This Article Share it With Friends
👤by Contributor  0 Comments
Advertisement

I am somewhat discomposed and sadness stuffed inside of me because my society is degenerating before our eyes; my generation is rotting and very few of us seem to raise an eyebrow about this worrisome decadence. Immorality, perhaps all kinds of anti-social behavior proceed forward in our society. There is a bomb within the society that is about to explode, and the government is so indifferent about the dangers of this dynamite. One might be so inquisitive out of curiosity, supposing you are, that dynamite is frustrated youths. The increase number of down in the dumps is posing a serious threat to our society.

Ours has nearly become a governless society where governance is reduced to a piece of cake and stand-up comedy than a faithful and genuine callings. Unfortunately, we have comics in our midst who are more of clowns than genuine leaders piloting the affairs of the country. We have in our society a law enforcement agencies that have been compromising the set standards. There are no much differences between the law enforcement agents and the malefactors. Law enforcement agencies like police are treated like an angel or blue-eyed boy in a progressive society where governance is a serious business.

Regrettably, the comedians we call leaders here treat those constitutional bodies established to enforce law as inconsequential paltry. The least you can expect from a disaffected, disinterested, unmotivated, poorly equipped and a penniless security agent or a law enforcement agent that is wallowing in penury and living in a dilapidated barack; working under uncaring government is conniving with criminals; shielding them and covering up heinous crimes. Most of the law enforcement agents are psychologically sick, emotionally unstable and financially insecured. Just like the safety of the country, the welfare of security agents should take priority over any other matter.

Lack of motivation turned the law enforcement agents into immature, unconfident, pathetic and pitiful characters; thus making them feel uneasy and uptight about the job. The untidy state of our law enforcement agents such as unflattering uniforms of police officers and poorly maintained patrol vehicles symbolises government indifference and failure on its core mandate namely: maintenance of law and order. These administration’s moral and epistemic bankruptcies gave birth to total breakdown of law and order in our society, and a rapid decline in our moral principles.

The so-called government failed to invoke public consciousness about what values, beliefs and moral principles people have. Today, principled values and beliefs are notably absent in our society. The number of insane jungle is on the high-rise; the inflow of hard drugs makes one confused on whether we are living in a borderless nation. Drug trafficking, smuggling, distribution and sale have become a daily business for survival among the youths. While in a healthy society, smoking cigarettes in public places is strictly prohibited, but in an insane society like ours, not only cigarette but smoking heroin on the streets has become a social norm.

Codeine is one more disturbing menace that has now been trending upwards in most of our communities, and is penetrating homes. Greater number of youngsters both males and females fully indulged in codeine abuse and the sale of it; married women are not exempted to abuse of this illicit drugs.

The free flowing of hard drugs within the nation should at least compel a discerning people to ask whether a constitutional body saddled with the responsibility to tackle this menace like NDLEA is still existing. And the whereabouts of these jungles and the dealers are conspicuous in the society. The consumers of these hard drugs are always in melancholic mood; uptight about everything, killing their fellow human beings with impunity.

Nevertheless, the open sale of viagra in the streets of our communities without moral compunction is another sign of how lawless our society has become. some promiscuous people have fully indulged in spreading pornographic pictures in the streets all in the name of selling Viagra (manpower or service). Uttering all kinds of promiscuous languages that are not good for public consumption. I wonder why these people arrogate to themselves the right to engage in this unhealthy business while there are licensed pharmaceuticals industries in place where all kinds of medicine can be legally obtained.

Whenever I come in contact with these people I can’t help questioning why this mess in our society? Are these people so recalcitrant and powerful to an extreme extent that the so-called government cannot take drastic action against them? These people have turned bus stops, tertiary institutions vicinity, secretariats vicinity, post offices vicinity etc into their market square. They are devoid of shame and modesty and they aim to pollute the mind of our younger generation.

Needless to say, any sense of state law and order have completely collapsed; the system slip into coma and failed to produce any meaningful results, so we have a very desperate situation in our communities. These messes are not happening where the elected leaders are up to their callings but they are happening here because the elected leaders are up to their pockets. Things continue to get worse by the day, as if Nigerian leaders are on permanent vacation.

TWITTER @thecableng
Copyright 2019 TheCable. All rights reserved. This material, and other digital content on this website, may not be reproduced, published, broadcast, rewritten or redistributed in whole or in part without prior express written permission from TheCable.
Tags
codeinedrug abuseImmoralitysocial normsociety
Advertisement