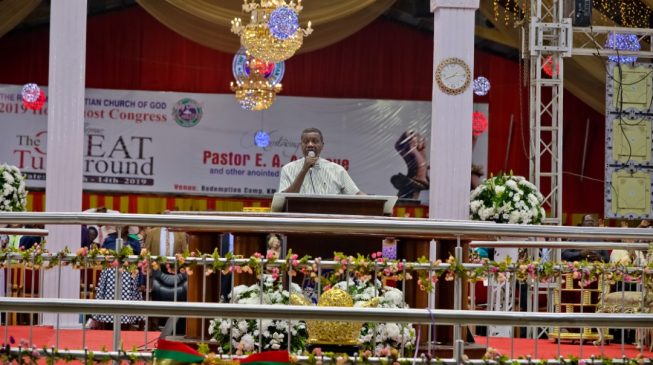 08:31 2019
Print This Article Share it With Friends
👤by Bisi Daniels  0 Comments
Advertisement

He had continuously hinted about the prayer as he preached a sermon entitled: “The Power of Testimonies” to end the second day of the ongoing 2019 Holy Ghost Congress of the Redeemed Christian Church of God (RCCG).

The long day had commenced at 4 pm with praise and worship, followed by offering; and continued with talks and discussions on personal development. Topics included opportunities in the baking industry; sourcing capital for business start-ups; the risk of social media to personal security; and opportunities in goat farming.

A large part of the evening session was devoted to youths and young adults of the church, who ministered in songs, drama and presentations.

Adeboye came on at about 11.25 pm wearing a happy smile over the performance of the youths. He would not forget a man who had mimicked him in one of drama sketches to loud animated laughter of the congregation.

He praised them: “The young ones have done a lot of work. I usually look forward to the period of their ministrations – March, June, October and now December- because when you listen to these young boys and girls, it is as if you are in a Bible college!

“They load you with Bible passages, they give you points upon points; they look at the topic from angles you cannot even imagine!

“I give God the Glory for these young ones because, like I keep telling you, with these ones around, I know my future is all right”

In a church noted for miracles, signs and wonders, a promise for a turnaround, which is the theme of the Congress, is taken seriously and so the congregation is always on high alert for prayers.

And they were, when the general overseer hinted about something special they were to do.

It was simple: people said to themselves what they wanted from God, held hands with others and prayed for God that they were in agreement with people they had joined hands with for the miracles they had asked for to be given to them.

After a few minutes of praying, which he himself participated in, Adeboye sealed it: “In the Name that is above every other name, I am in total agreement with each and everyone of you. That miracle you have believed God for, receive it now!

To some people, the beauty of the prayer was in its simplicity.

He recalled: “Many years ago, one of my daughters came to tell me she was three months pregnant. I congratulated her, but she said she came to me because she wanted the baby to be a girl. I told her that, from the little science I knew, whether a child will be a boy or girl was determined within 72 hours of conception.

“She protested that it was not what I had taught them; but that I had taught them that with God all things are possible. She simply asked me to agree with her that the baby will be a girl. We prayed that prayer of agreement and six months after, the baby girl arrived. Just recently, this girl was given out in marriage.

“A similar demand was made by a certain female medical doctor whose husband was also a medical doctor. She was eight months pregnant with a fifth child after having had four daughters. She had heard the above sister’s testimony and she came to tell me her husband’s relatives, who were desperately in need of a boy, had threatened that if the fifth baby was a girl, they would chase her out of her matrimonial home.

“Her request was for her eight-month-old baby to become a boy. I reminded her that being a medical doctor, she should know better, but she said she had not come for science but as a result of the other sister’s testimony she had heard. So, we agreed and we prayed together. A month later, the baby boy was delivered.”

Earlier in his teaching, Adeboye had listed praying in agreement as the highest in the categories of testimonies.

He explained that oftentimes a testimony results from a miracle, people give testimonies of what God has done them, but that is the lowest category of testimonies.

A higher one, he said, is believing and giving a testimony of an expected miracle.

“Much higher still is to declare that ‘ALL IS WELL’ in the face of challenges. ‘Let the weak say I am strong’, The Bible says; and ‘As truly as I live, saith the Lord, as you have spoken in My ears, so will I do to you’.

He had also discussed the power of testimonies, noting that:

• Testimony is so powerful, the Bible says, it is one of the weapons needed to overcome the devil. The other is the Blood of the Jesus.
• We are enjoined by the Bible to share our testimonies; faith is strengthened by hearing testimonies
• Testimonies can be shared by telling others. The origin of Naaman’s healing was a testimony on the power of prophets in Israel, shared by his housemaid, and repeated to his hearing.
• One can have their own testimony, which is supposed to be shared with others to glory of God and also build the faith of others.
• Testimony can be lost like the case of the Shunamite woman, whose miracle son died.
• But it can be recovered as in this same case when Elisha brought the child back to life.
• The most beautiful aspect of testimony is to be the one providing it in the lives of others by the power of God Almighty.

When God stopped talking to Adeboye

He gave a personal testimony of how he lost and regained a testimony: “When I became Born Again, as a very young Christian, I attended a Fellowship at the University of Lagos. We were singing and having a wonderful time worshiping God. All of a sudden, there was silence. Everybody suddenly became silent.

“And then one man began to prophesy: ‘Thus Saith the Lord…” and he went on and on! And I nudged the man who took me there and asked’, when did God say that?

“The man said: ‘keep quiet! God is speaking.’ I said, ‘I am not hearing anything’ but he insisted I should keep quiet.
“After the programme, I made up my mind: God, I must hear You. Few days later, I started hearing from God! And I am telling you, it is a very beautiful thing to be able to hear from God yourself!

“Then one day, one Pastor, for one reason or the other chose me to interpret for him. I was upset! Me, the interpreter to the General Superintendent? If he had known how I was feeling inside, he would have chosen another fellow.
But I interpreted for him because I had to obey him! As soon as we finished the service, I heard a voice from Heaven, loud and clear: ‘”So you are now too big to interpret for my servant? That was the last thing I heard!”

“All of a sudden, from that moment onward, Heaven became silent. I didn’t hear from Heaven anymore! Somehow, the devil must have discovered that I was not hearing from Heaven any more. Oh! I got into every traffic jam in Lagos. All manner of problems came!

Below are pictures from the programme: 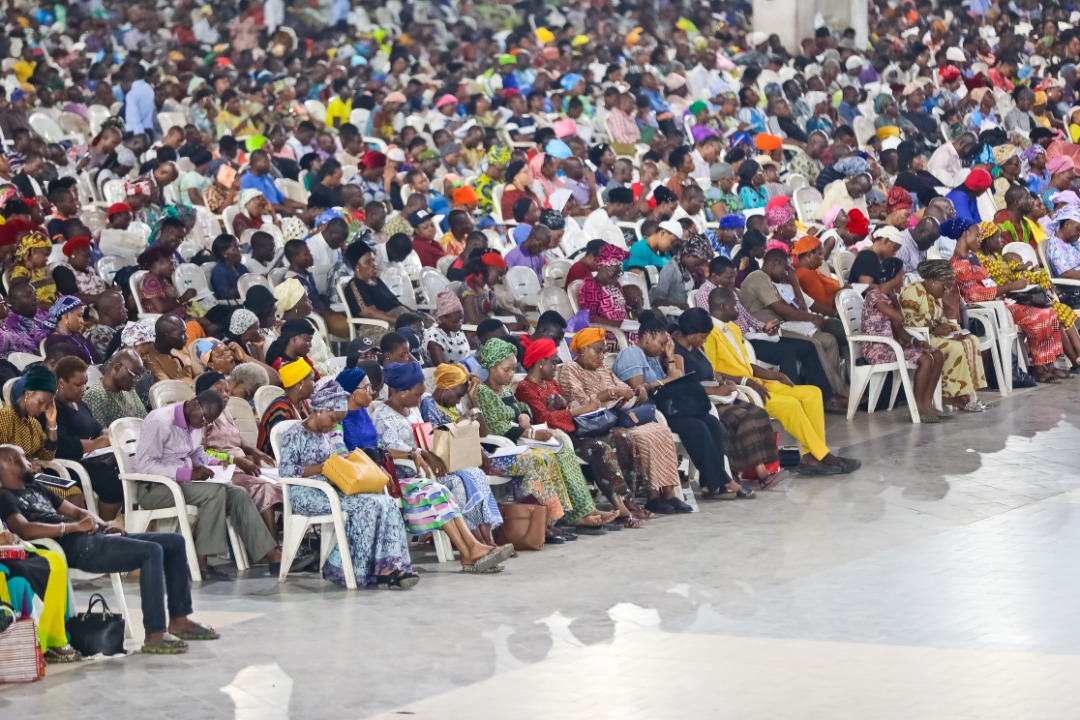 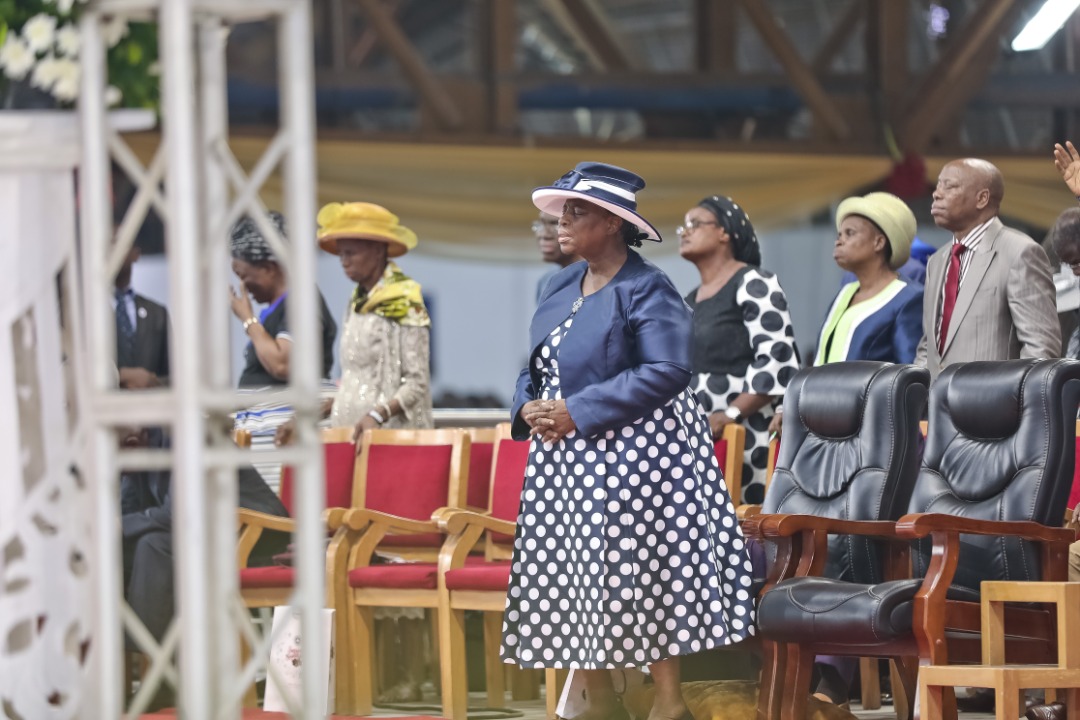 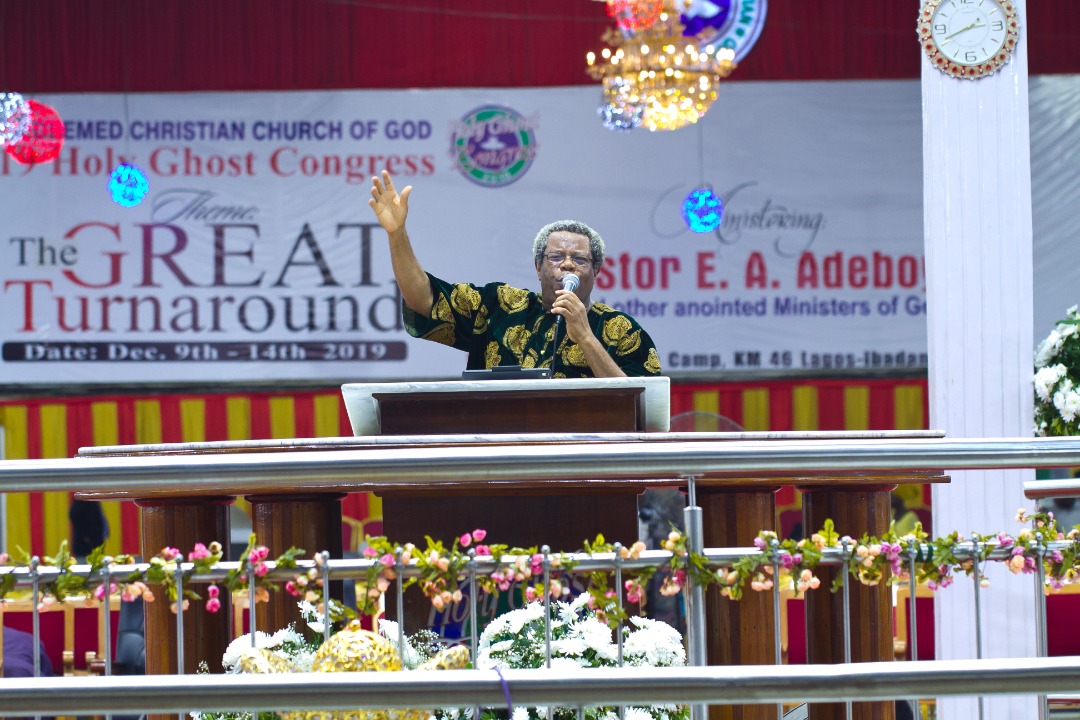 One of the preachers at the programme 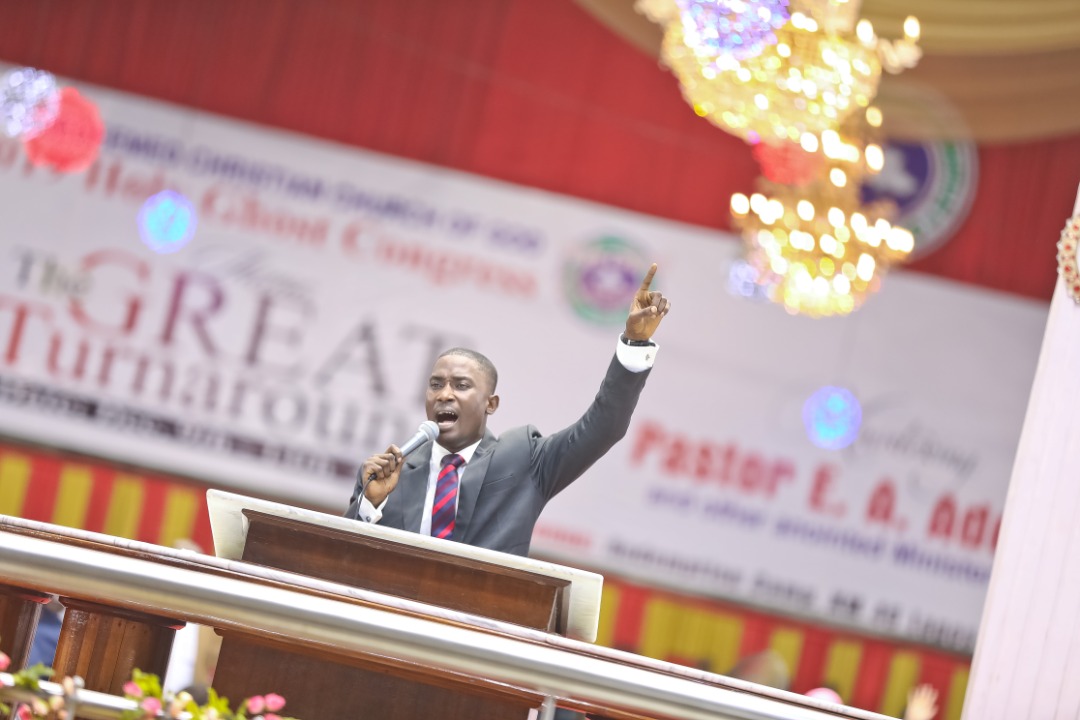 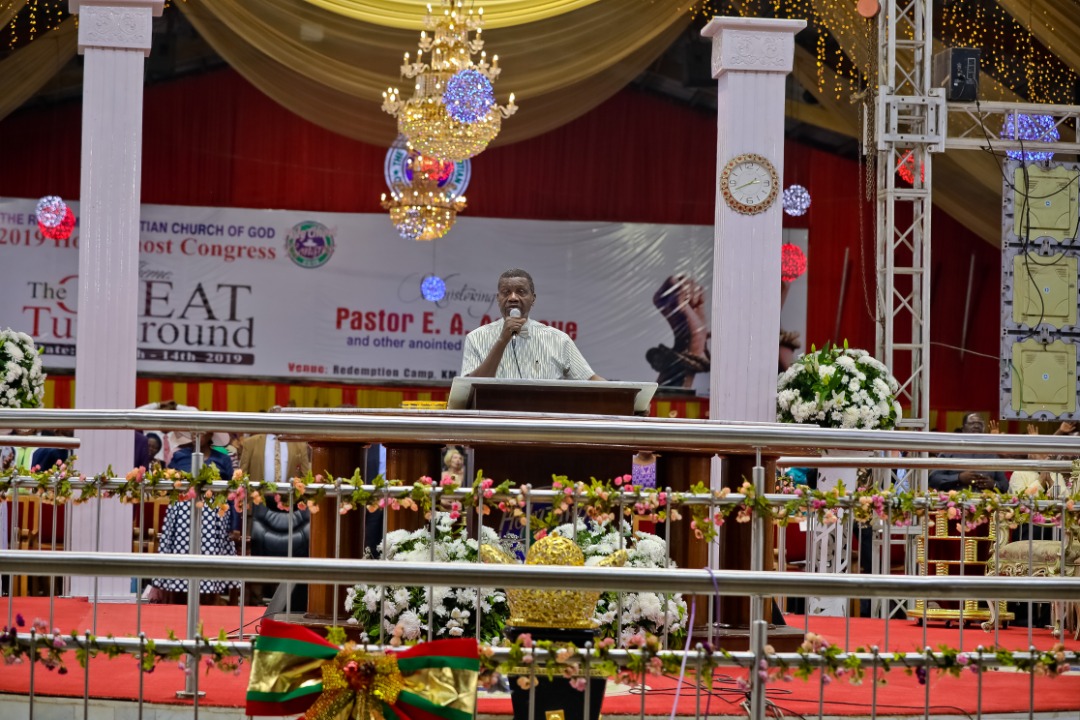 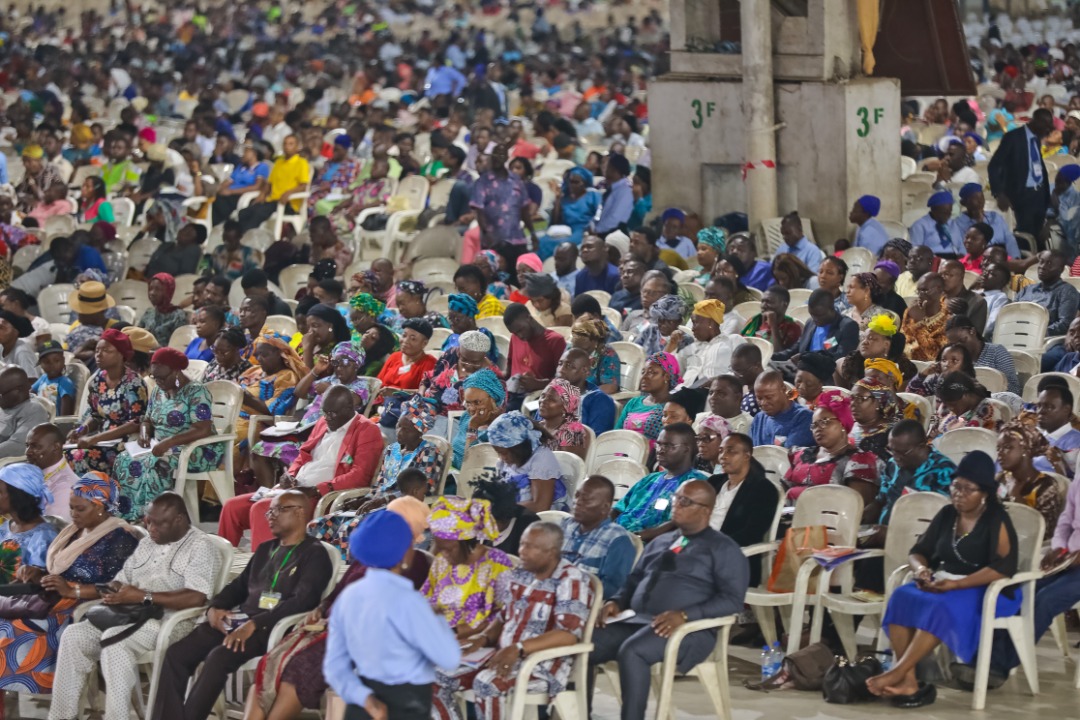 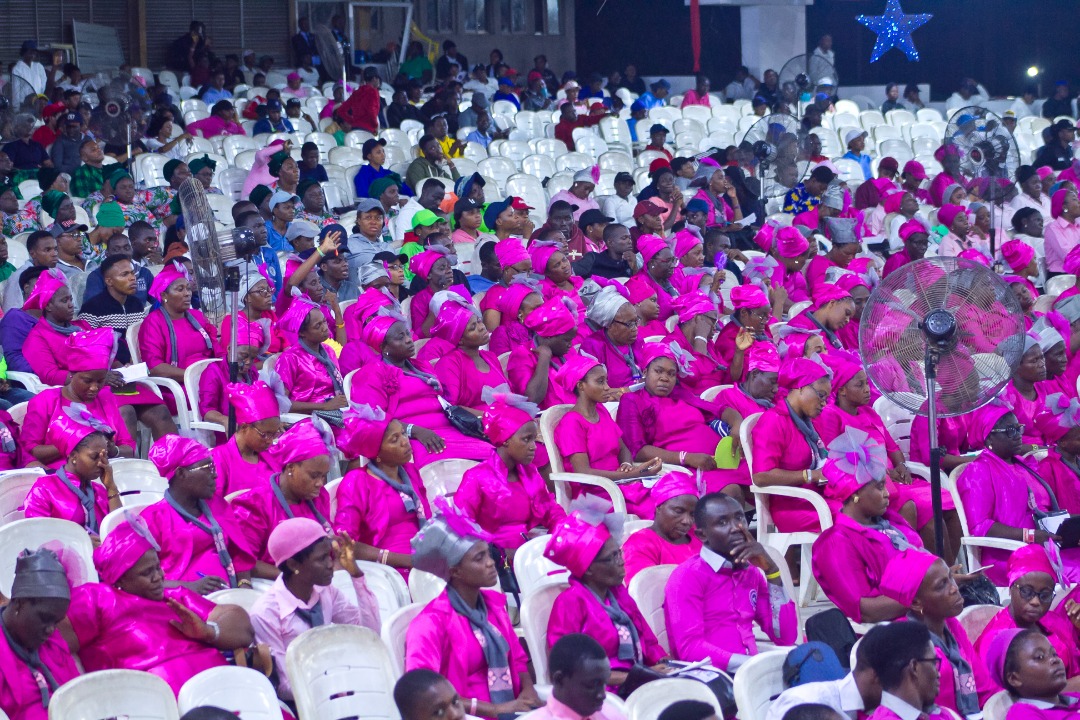 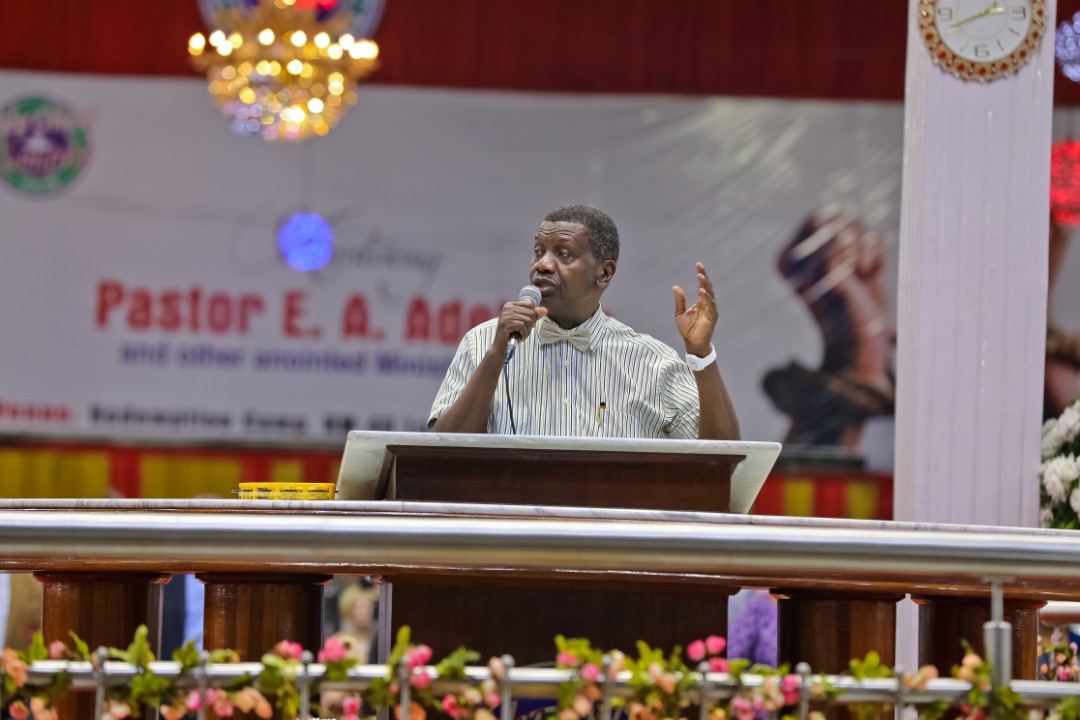 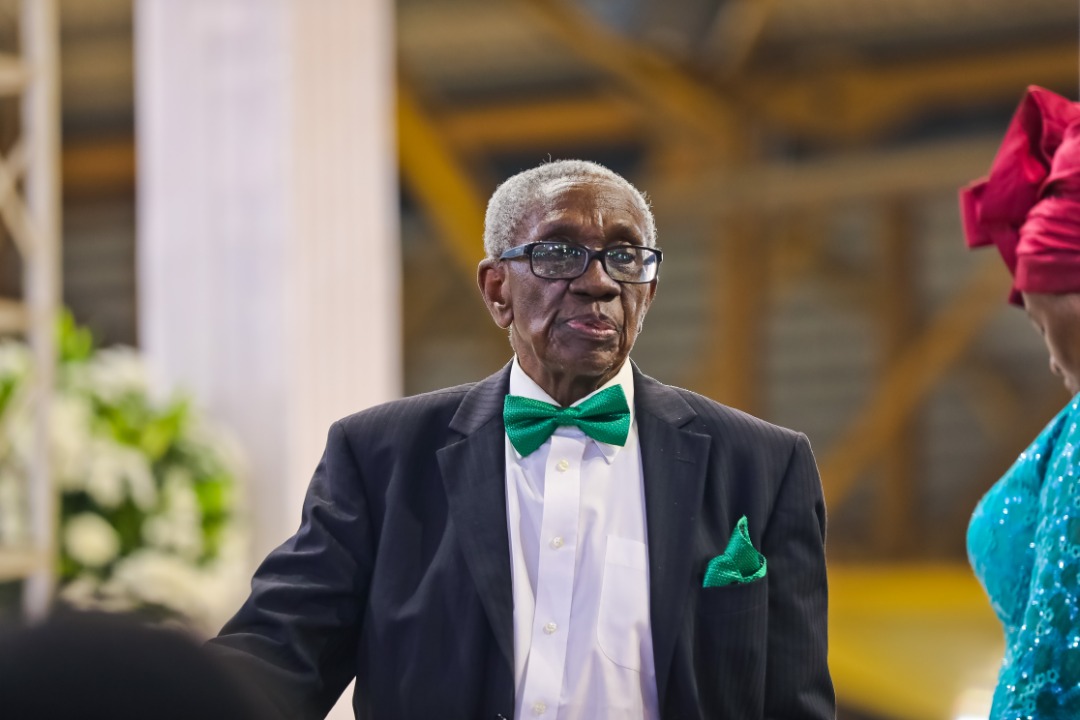 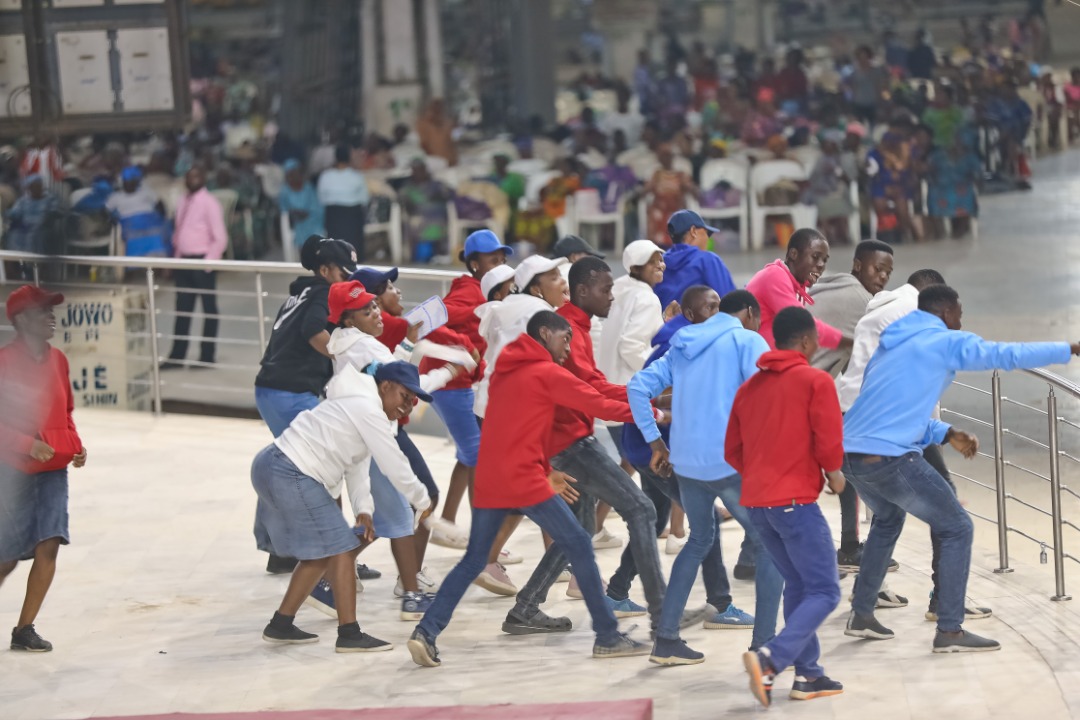