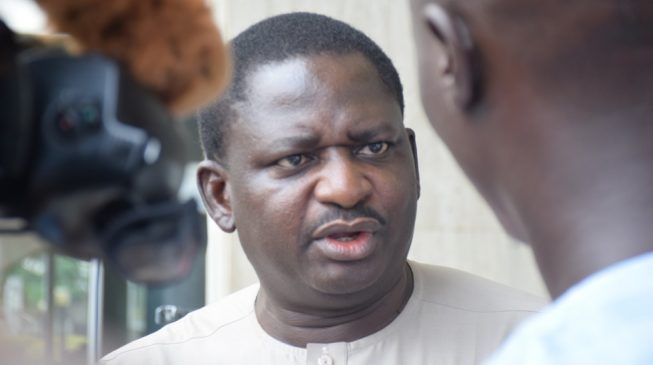 12:55 2019
Print This Article Share it With Friends
👤by Contributor  0 Comments
Advertisement

A lot of people don’t know the difference between journalism and Public Relations (PR). Journalism requires objectivity while PR requires image making. This means that when you are reporting as a journalist, your reportage has to reflect objectivity, accuracy, fairness, balance, etc. If you are writing or talking as a PR practitioner, you are doing that to convince the people to like or support your boss, like or buy your products or services even when they are not good.

Politicians at the higher levels such as the president, governors, senators, members of House of Representatives etc have media aides. Most of their media aides are people who read courses such as, Mass Communication, Journalism, Media studies, Media and Public Relations,Theatre Arts, English among others. For those who have professional training in media, they understand how Public Relations works.

Most people expect media aides such as Special Adviser to President Muhammadu Buhari on Media and Publicity, Femi Adesina; the Chief Press Secretary to Samuel Ortom the Benue State governor, Terver Akase and other media aides to criticize Buhari, Ortom and their bosses when they go wrong. This is not possible!

As Media Aides, these people work as Public Relations practitioners not as journalists. So their speeches and press releases including articles for their bosses will be subjective not objective. They will talk and write to defend their bosses even when they are wrong. They are hired to re-brand the image of their bosses through adequate publicity.

Where any of them feels that their boss has committed an act they considered terrible and wants to criticize them, the person must first resign his appointment as a media aide before he can be free to criticize their boss. Anyone who wants to do this must also make sure that he leaves a clean record too because if such a person has skeleton in his cupboard, the person will surely face the music. That will be when your boss will remember that he once gave you N20m to donate to a cause on their behalf and you only gave N10m and took the other N10m; that is when they will remember that you were awarded a contract of N250m to execute and you abandoned it; that is when they will remember that one, many or all your credentials used to get the appointment were forged and so on.

These are some of the reasons why media aides can’t criticize their bosses. The basic reason is because they are hired to promote their bosses regardless of whether they have amorphous and leaderless qualities.

So do not be angry at media aides for always supporting and defending their bosses even when they are wrong because that is what they are hired to do.

Lil Wayne: I’ve never been to Nigeria… that’s where I would love to visit