Why Oshiomhole should resign 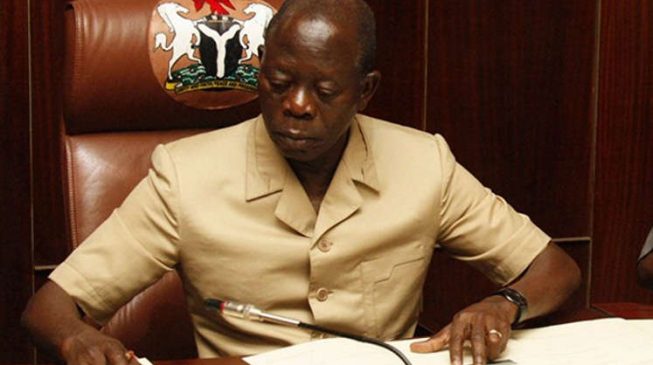 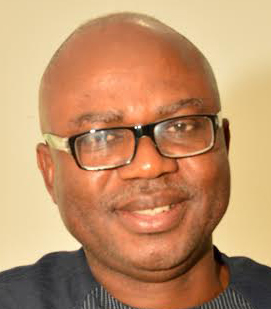 Any good student of Nigerian politics can see the looming expulsion of the All Progressives Congress from the south-east and south-south geopolitical zones. Although it currently boasts one elected governor and a few lawmakers from the two zones, APC as a force may be smothered in both zones by 2023. And, no matter the judgement of the courts on the 2019 presidential election, the party’s fortune in the four other zones is likely to plummet so long as it has Adams Oshiomhole in the driving seat.

For starters, I have little sympathy for APC or PDP, since I’m not a member of either. My support for each lasted a few years after its formation: PDP from 1999 to 2002, APGA from 2002 to 2007, and APC from 2013 to 2016. At present I’m party-less. My faith in Nigeria has diminished extensively partly because a fellow activist in the 1990s – a “comrade” ex-labour leader named Oshiomhole whom I constantly covered as a journalist in Lagos – has failed to differentiate himself from the Nigerian politician we all had derided. I didn’t expect him to be associated with accusations of election rigging or primitively accumulating wealth as governor. But now his opponents are initiating probes into the contract of Edo Central Hospital, his investments in a foreign country, a palatial home in his home village, and a hospital for his doctor son,among others. So much for a “comrade”!

Edo, the state Oshiomhole ruled for eight years before relinquishing power to his Godwin Obaseki in 2016, is the only stronghold of the APC left in the south-south and south-east. By the time the next governorship election in the state is concluded in 2020, a lot would have changed, especially if the governor is pressured to dump the party and run under the PDP that once held sway in the state.

The faceoff between Oshiomhole and Obaseki, which has begotten the current standoff in the Edo State House of Assembly, provides all the clues. A power game in crude form ahead of 2023 is just crystallizing. Why, I wonder, does Oshiomhole not want to take his own medicine? As governor, he constantly railed against godfathers but he now wants to be recognised as one, having been appointed national chairman of the ruling party last year. Squabbles between governors and Abuja politicians are common in this part, but one expected Edo to offer a shining example of peacefulness – a state where a governor and an ex-governor in Abuja are friends and no discordant voices are heard in the management of the state’s affairs.

Free and fair polls – whether party primaries or actual elections – are alien in Nigerian politics. Oshiomhole and Obaseki must have managed to manage their differences in the run-up to, and during, this year’s general election. The result: APC won all the 24 House of Assembly seats, though the PDP presidential candidate, Atiku Abubakar, defeated APC’s Muhammadu Buhari in the state two weeks earlier.

The simmering conflict of interests between the two Edo chieftains came to the open because each had loyalists in the state assembly. And with eyes on 2020, each sought to control the assembly’s principal offices. Governor Obaseki was not ready to receive the Ambode treatment, and so on the night of June 17 about 10 assembly members “loyal” to him met and chose their principal officers. The rest “loyal” to Oshiomhole (including his blood brother) were reportedly not informed of the time for the nocturnal inauguration because they had “not completed their documentation”.

There is no denying, therefore, that Oshiomhole knows why the federal House of Representatives waded into the affairs of the Edo assembly, threatening to take it over. As APC national chairman, he along with another chieftain Bola Tinubu was instrumental in the emergence of the principal officers of the National Assembly, notably Femi Gbajabiamila as House speaker and Ahmad Lawan as Senate president.

President Muhammadu Buhari and most other chieftains of the APC must have become worried that Oshiomhole’s strong-arm tactics could wreck the party irretrievably. For only in Lagos State has a contest between a sitting governor and a national leader in Abuja ended in victory for the latter. Even in Anambra State, in 2003, Dr Chris Ngige triumphed over Chief Chris Uba; despite receiving the backing of President Obasanjo, Uba did not succeed in an effort to kidnap the governor or dethrone him. The PDP national chairman at the time, Audu Ogbeh, supported Ngige – he saved the governor’s job but lost his own soon after.

Like a bull in a china shop, the APC chairman is blamed for the party’s loss in at least five states in this year’s polls. Imposition of candidates or manipulation of processes in the party primaries directly or indirectly led to the humbling of APC in states such as Zamfara, Sokoto, Bauchi, Imo, Taraba, Benue, Rivers, and Akwa Ibom. The party is certain to be eased out completely from Edo if Governor Obaseki decided to move to PDP. He might not dump APC if the party’s Central Working Committee or the presidency tamed Oshiomhole.

Members of the National Assembly being used to bury the party in Edo had better look at the big picture before it’s too late. Enough of this hypocrisy! We know they’re not taking their steps now because of any love for democracy. For the past 20 years, we’ve witnessed worse events in states like Plateau, Anambra, Lagos and Ekiti. Virtually all state assemblies have been led by legislators handpicked by governors. Party candidates for state and national legislatures have almost always been selected well in advance of presumed congresses – in every state.

Oshiomhole has yet to speak openly about his quarrel with his successor. Yet, nothing is hidden. Obaseki was said to have been one of those who financed his election in 2007 and the legal tussle that finally gave him victory 18 months later. When it was time to pick his successor, Oshiomhole sold Obaseki’s candidacy to Edo people, describing him as “the engine room” of his administration. What happened after Obaseki’s inauguration?

With the present crisis in the state assembly, we’re hearing the likely reasons the godfather and his godson are no longer the best of friends. Obaseki says it’s because he refused to “spend public funds on some private individuals” who claimed they brought him into power. He told a delegation in Abuja: “The only thing they have said is that I refused to share money; that I am not taking care of the people who brought me into office. I said 300,000 Edo people voted for me to be governor; if I do for the people, everybody will benefit… I will not allow Edo State to be a pawn in anybody’s political chess game. For me, I keep asking the question: what have I done wrong? What is my offence that they want to now get people to come and create confusion in the state?”

In a recent interview with This Day, Oshiomhole refused to comment on the quarrel with Obaseki, brushing it aside as a “non-issue” since Governor Obaseki himself had also described it as such. This Day asked him: “A lot of people blamed you for the loss APC suffered in the last elections in some states and because of that called for your resignation. And Oshiomhole answered: “A party man wins depending on perception and also the performance of the executives. In 2015, the gap between Jonathan and the President was about three million. In 2019 the gap was about four million. Have I not done well?”

The actual figures scored by the two presidential candidates are being contested at the Presidential Election Petitions Tribunal. But not many leaders and ordinary members of the party would agree with Oshiomhole’s self-assessment. If he is allowed to continue fighting needless battles, even the few who pretend to be on his side (after he has helped them to get certain positions) are likely to desert him before 2023.  He has been mentioned in certain quarters as nursing an ambition to be vice president; a confrontation with a major ally (who wants to be president) is inevitable.

Oshiomhole may well save the day by resigning as national chairman. In the alternative, he would do well to reverse the crisis he allegedly ignited at the House of Representatives over the inauguration of the Edo assembly. But will he? The party’s NWC should quickly give him the boot, if he doesn’t, or the party should be ready to lose everything soon.