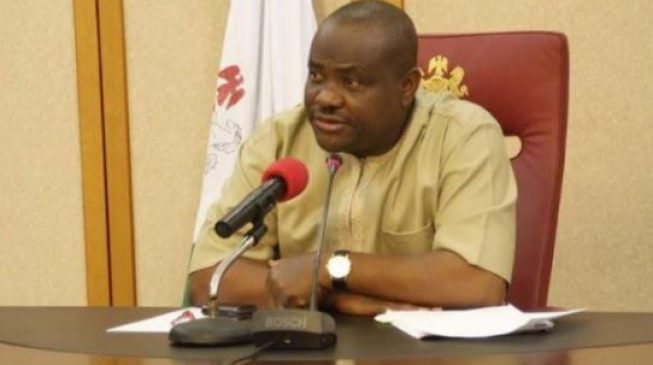 19:04 2019
Print This Article Share it With Friends
👤by News Agency  0 Comments
Advertisement

Nyesom Wike, governor of Rivers state, has announced the dissolution of the state executive council, on Wednesday, during its valedictory session.

Wike said he would continue to promote Rivers first at all times, adding that the interest of the state was ahead of all other considerations.

He thanked members of the former state executive council for their contributions to the development of the state.

“It has been a rewarding experience and I am quite impressed that one worked with these persons of capacity,” he said.

“All the achievements we recorded were made possible because you worked.’’

She assured the governor of her unflinching support, adding that she would always work for the success of his administration.

Kobani moved the motion, seconded by Michael West, former commissioner of transport, for the dissolution of the state executive council.

High point of the valedictory session was the presentation of special congratulatory card to the governor by former members of the council.

TWITTER @thecableng
Copyright 2020 TheCable. All rights reserved. This material, and other digital content on this website, may not be reproduced, published, broadcast, rewritten or redistributed in whole or in part without prior express written permission from TheCable.
Tags
Nyesom Wikerivers statestate executive council
Advertisement