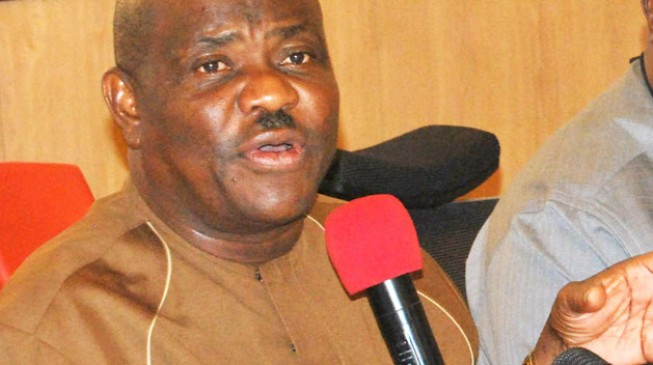 17:09 2018
Print This Article Share it With Friends
👤by Taiwo Adebulu  0 Comments
Advertisement

The governor said this on Monday in Port Harcourt, the state capital, when he appeared on Channels Television.

He, however, denied a statement credited to him that he was against President Muhammadu Buhari’s visit to the state.

“What I disagreed with is that, if you (Buhari) are coming because of insecurity. No. An armed robber operated and killed 15 people somewhere. This is not the same thing that daily herdsmen are attacking people and could lead to religious or ethnic war. That is the point I made.

“For example, in Lagos state, armed robbers have killed about five people at a time. In Ogun state, people have died, cultists have killed people. So, I never said that the president should not come to Rivers State and I can never say that.”

While answering question why he feels the state is always targeted, the governor said, “If you put all the states together, for example, they will tell you that they want Rivers state. So, you ask yourself; of course, you should know why they want Rivers state. They want it by all means. Oyegun, chairman of APC, cried when they lost at the Supreme Court. He said, look, we have lost the most important state. Why did Oyegun cry? Why did he say that, look, we have lost everything. Why would the national chairman of a party make such a statement?”