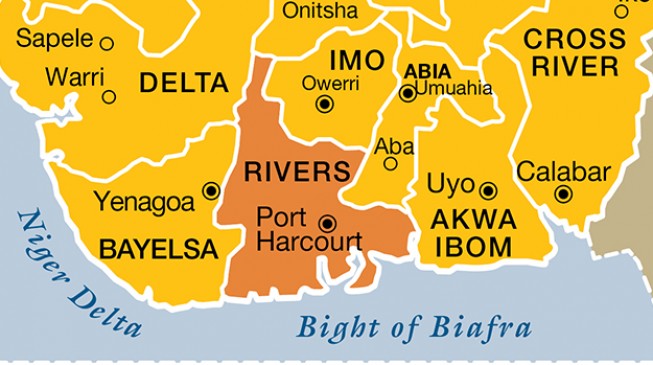 13:03 2019
Print This Article Share it With Friends
👤by News Agency  0 Comments
Advertisement

The police command in Rivers has confirmed the kidnap of Anugbom Anuoha, the special adviser on lands and survey to Nyesom Wike, governor of the state.

Anuoha was said to have been abducted by unknown gunmen in military uniform.

Nnamdi Omoni, police spokesman in the state, made the confirmation in a statement in Port Harcourt on Friday.

He said the incident took place on Thursday night at an hotel in Port Harcourt, the state capital.

“This is unfortunate and as a command we are touched by this development and will go all out to ensure his speedy and timely release,” the police spokesman said.

“The Commissioner of Police (CP) has given a marching order to all the Tactical Units, including the IGP Monitoring Unit, to work round the clock and ensure that the victim is released in record time.

“Contacts have been made with sister security agencies and other stakeholders in this direction.”

The police public relations officer appealed to the public to avail the command of useful information that could lead to unconditional release of the governor’s aide.

“The public is hereby assured that there is no cause for alarm as the already existing peace in the state will be sustained,” he said.

TWITTER @thecableng
Copyright 2020 TheCable. All rights reserved. This material, and other digital content on this website, may not be reproduced, published, broadcast, rewritten or redistributed in whole or in part without prior express written permission from TheCable.
Tags
Anugbom AnuohaNyesom Wikerivers state
Advertisement