Will Nigeria listen to IMF’s call to remove fuel subsidy? 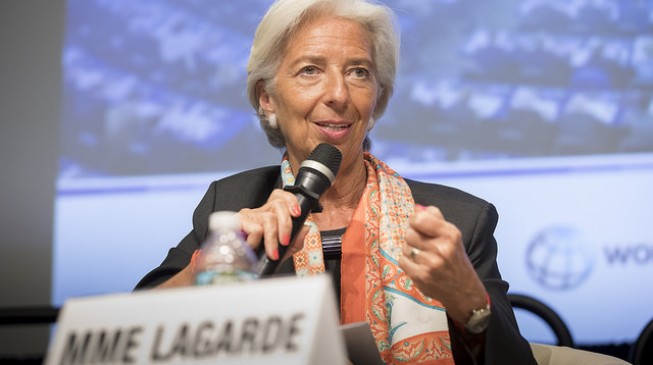 11:59 2019
Print This Article Share it With Friends
👤by Lukman Otunuga  0 Comments
Advertisement

The IMF has once again called on Nigeria to phase out government fuel subsidies, citing better use of the funds on social safety nets like healthcare, education and freeing up fiscal resources for infrastructural projects.

Historically, fuel subsidies are an extremely sensitive issue which can have various impacts on economic growth and investor confidence. Following the IMF’s recent report, the finance ministry was quick to reject the idea of completely dropping the popular fuel rebate on the basis that the state imports all fuel and includes the subsidy as a cost of doing business.

The money factored into energy imports as a fuel subsidy for 2018 was at an eye-watering level of N713 billion, far higher than the budgets for education or healthcare, according to reports. The cost of the fuel subsidy fluctuates according to global oil prices, meaning that inflation in the international oil markets can spike the subsidies overnight, risking unexpected drains on public coffers.

At the time of writing, Nigeria’s economy is improving and the IMF projects full-year GDP growth results of 2.1% in 2019 and 2.5% in 2020. When balanced out against the prospect of negatively impacting growth, one can understand the caution over abandoning fuel subsidies.

Let’s take a look at both sides of the coin. What if the finance ministry decides to listen to the IMF? In this scenario, it could reinvest the fuel subsidy into social support infrastructure and fiscal savings. These savings could be used to improve oil refining resources and lessen Nigeria’s reliance on imported processed fuel, thereby boosting the local oil industry’s domestic market instead of selling foreign fuel.

This process would take a long time and risk the likelihood of instability if there is a backlash but in the long term, it would increase Nigeria’s fuel independence.

Having said that, inflation could rise along with fuel prices, negatively impacting economic growth and consumer spending on fuel. So, if subsidies were to be removed, it’s likely the policy change would be in phases to avoid unexpected economic shocks.

And what if the government decides against the IMF’s advice? The risk of outright instability could be lowered and the economy can stay on track to grow as expected, but the vulnerability of oil price spikes remains a constant short-term threat amid a steadily climbing national debt. Nigeria’s gross national debt is seen rising to 31.4% in 2020, according to the IMF. That’s compared to 28.4% in 2018 and 30.1% in 2019.

When total external debt is factored in, Nigeria faces a cash-flow dilemma that’s not easily solved. External debt, including private and public sector debt, is seen rising to $69.8 billion for the full-year 2019, from $63.4 billion in 2018, while foreign reserves stand at an estimated $38.5 billion.

Increased risks to the financial and banking sectors can’t be ruled out if the state doesn’t improve its fiscal strength and readiness to rescue any systemic entities.

The good news is that the economy is back on track towards sustainable growth. If a policy solution to the fuel-subsidy predicament is found which increases fiscal strength while avoiding inflationary pressures, there could be long-term benefits to Nigeria’s economy.