The world of hate writing and anonymity 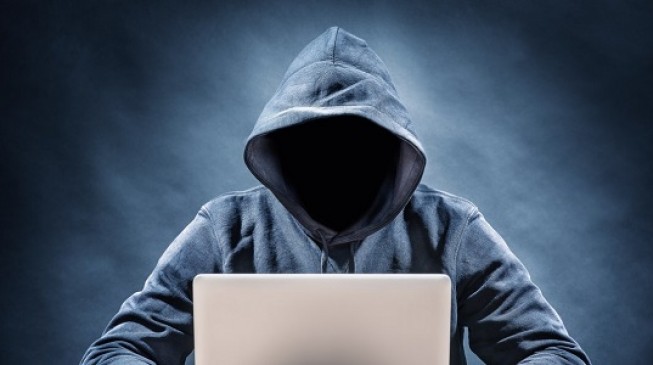 12:39 2017
Print This Article Share it With Friends
👤by Contributor  0 Comments
Advertisement

In my growing-up years, readers’ reactions and opinions under editorial columns of newspapers and magazines were a delight as they do not only give voice to the voiceless but also contribute to the richness of debates on politics, policy formulation and events around us.  To many, it was a delight to take up a pen, do a write-up and find it published by a newspaper or a magazine with an office in a distant place.  Yes, you have been heard, you have been read, hopefully, someone will take responsibility and react to your response for the good of the society.

For the media houses it is some measure of how far they are reaching many and the impact they are having on readers and for those in authorities, they can see how their efforts are being evaluated and probably, fortify their actions or take a detour. The tripartite communication process between the media, government and the public, which the “comment/opinion columns” offered for meaningful engagement, was important then and even more so now. The power to comment and express opinions is such that all media houses must keep encouraging, because in our days of complex problems requiring thorough analysis, you may never know where the policy and life changing idea will come from.  The “comment/opinion column” is still a tool with which people can ventilate their emotions in a respectable, responsible and “bloodless’ manner.

The advent of internet and social media came with impressive tool for reader reaction and opinion. In real terms the media space has been democratised in such a manner never experienced and anybody, anywhere and at any time with a hand-held device can make himself/herself heard.  As an avid user of the technology space, time was when I enjoyed reading the comments on articles and many times, spend more time reading peoples’ views and opinions than the main articles. It could be illuminating to hear others out, reinforcing your perception or changing it.

But now not anymore with the level of bigotry and venom thrown around in our country today.  The facileness and banality of expressions from people in the internet and social media space give room for concern about our thought process and the quality of knowledge acquired in our learning efforts and life exposures.  But much more serious is the reckless abandon with which people express hatred and bigotry towards others who hold contrary opinion or are of different tribes or social inclinations.  The intensity of these in recent times tells of the foreboding danger staring every Nigerian in the face.

The internet and social media have become fertile ground where people bandy around all sorts of feelings and conspiracies with no inhibition or sense of responsibility.  These expressions have gained more ground with the advent of the idea of “Zooism” as espoused by the self-acclaimed rabbi from the east, Nnamdi Kanu and his followers and those against him and his ideas.  The expressions from many are blood-curdling and so chilling, to say the least – and all these against fellow countrymen with whom we go to the same markets, churches, mosques and social events.

In the real world we look so honourable, friendly and sanctimonious probably occupying good positions in our various life endeavors, but down deep in our hearts many are rabidly venomous, freely expressed in the cocoon of anonymity provided by the web space. History tells us that the Rwanda situation started with expressions of hatred and disreputable feelings in the social and communication space.

The human interconnectedness and all its goodness that Facebook, Twitter and other social media have brought to bear in our human relationships cannot be ignored. Equally these platforms present a horrible story and study of how to promote baseness, disequilibrium and strife in societies. The Arab spring and the recent past elections in France and US tell this story vividly. Take your time to read the comment portions of online pages of otherwise respectable platforms of Punch, Guardian, Vanguard, Premium Times and others and you will see hate writings, incitation, bigotry and venom at its peak.  Among the lot in Nigeria, Vanguard Newspapers takes the leading role in hate writings by those who comment on stories.  It is the home of the warriors from Biafra ready to take on any who dare disagree with them. Much as Sahara Reporters has become the Tormentor-in-Chief to those who daily rape our sensibilities, it has become the citadel of human degeneracy and vileness in expression.

This vileness, which found outlets in the internet and social media, reflects the human person in its beastly nature – his other side apart from love and creativity. It is not that these dishonourable ideas and instincts being expressed were not there before now, but hitherto have been put in check because such can be tied to those who expressed them. They are now reinforced and given full speed by the element of anonymity, which the internet space provides. This anonymity if not checked could, if it has not already, stifle quality contributions and participation from many and in the worst-case scenario, the hate writings, incitation, bigotry and venom could lead to the “Rwandization” of Nigeria – God forbid, but then God can only forbid, when humans begin to reason, speak, act and write rightly.

Anonymity is supposed to be an attribute of darkness and the unseen, not platforms that illumine our lives as the internet presents. There is a strong case to disrobe hate writers and bigots on the internet and the social media. This will be the key differentiator between internet platforms that are credible and those that will be consigned to disrepute, ignominy and the sledge hammer of the law.  Those managing the web space will have to begin to reason out how to eliminate anonymity and let people take responsibility for what they say or do in the web space.  Those who are bent on doing the horrible can take a leave to the dark web where they could relate with their likes.

In the vanguard of disrobing and disempowering the vile among us, TheCable online news medium has taken the lead from which others can take a cue and learn from. On TheCable platform, you will think well before you write. Naturally, there are fewer comments there, but I doubt if it reflects the readership. Probably, we can sanitise our internet and social media space to certain degrees. This is a call to ensure a Nigeria where hatred is not promoted and where people can have meaningful and respectable discourse about our national life and where we do not sow hatred and put the life our nation in danger.

Alabi is a business consultant based in Lagos

TWITTER @thecableng
Copyright 2019 TheCable. All rights reserved. This material, and other digital content on this website, may not be reproduced, published, broadcast, rewritten or redistributed in whole or in part without prior express written permission from TheCable.
Tags
anonymous commentshate commentsinternetsocial mediawebsites
Advertisement