Yari: In five years, bandits have killed over 3000 in Zamfara 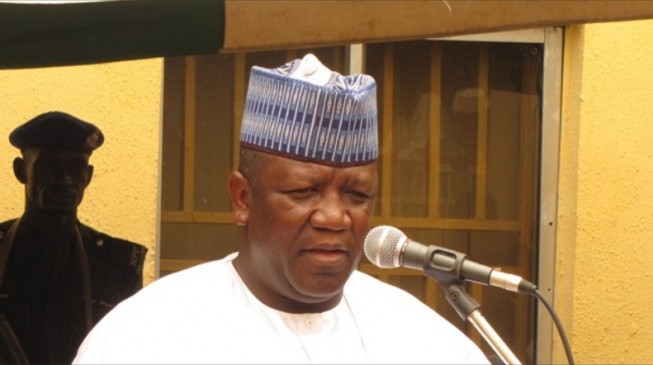 21:16 2019
Print This Article Share it With Friends
👤by Ebunoluwa Olafusi  0 Comments
Advertisement

Abdulaziz Yari, governor of Zamfara state, says armed bandits have killed 3,526 persons in the state in the last five years.

Yari spoke at a town hall meeting in Gusau, the state capital, on Tuesday.

According to NAN, the meeting was attended by Mohammed Adamu, inspector general of police (IGP), traditional and community leaders, as well as herders and farmers.

Yari, who was represented by Abdullahi Shinkafi, secretary to the state government (SSG), also said “nearly 500 villages” have been destroyed by the attackers.

He added that “over 13,000 hectares of farmlands were either destroyed or made useless as farmers can no longer use the lands for farming”.

“Nearly 500 villages have also been devastated and 8,219 persons were injured, some are still in critical condition,” he said.

“The economy of the state has seriously suffered because thousands of shops were destroyed by the rampaging bandits who had displaced thousands of our people from their places of abode, many of whom cannot sleep with their two eyes closed because of fear.”

Yari said the government had written volumes of reports containing over 7,000 pages, giving details of the crises right from the beginning to the “infiltration from Libya and Boko Haram”.

He said the government was aware of eight prominent bandits camps at different locations in the state.

The governor said recent suspension of mining activities in the state by the federal government must “be followed by enforcement, because, it is one thing to ban, and another to enforce.”

Earlier, the IGP told the gathering that the police would take more proactive measures in the fight against bandits and commended the state government for providing “enabling environment” to security personnel to operate in the state.

TWITTER @thecableng
Copyright 2020 TheCable. All rights reserved. This material, and other digital content on this website, may not be reproduced, published, broadcast, rewritten or redistributed in whole or in part without prior express written permission from TheCable.
Tags
Abdulaziz YaribanditskillingsZamfara state
Advertisement