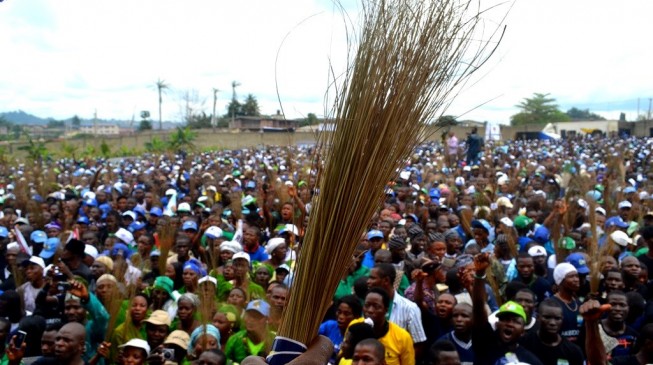 15:31 2016
Print This Article Share it With Friends
👤by News Agency  0 Comments
Advertisement

The All Progressives Congress (APC) in Yobe has suspended 20 of its members for “insubordination and disloyalty”.

Abubakar Bakabe, secretary of the APC in the state, confirmed the development, saying the action was taken in order to instill discipline in the party.

Bakabe dismissed the claim of the affected officials that the national secretariat of APC had reversed the decision.

“We wish to state categorically and in unequivocal terms that there was no communication whatsoever from the national secretariat lifting the suspension,” he said in a statement.

“Therefore, the suspension order placed on the erring officials and members still stands and, they remain suspended.

“The affected members are advised to desist from parading themselves as officials and members of the party.

“The general public is advised to avoid transaction with the suspended officials on behalf of the party.”

TWITTER @thecableng
Copyright 2020 TheCable. All rights reserved. This material, and other digital content on this website, may not be reproduced, published, broadcast, rewritten or redistributed in whole or in part without prior express written permission from TheCable.
Tags
APCYobe
Advertisement