Yobe has the most cases of malnutrition in Nigeria, says WFP 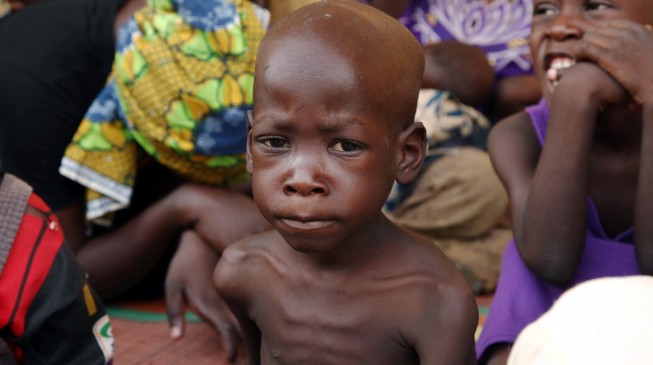 13:41 2017
Print This Article Share it With Friends
👤by Oluseyi Awojulugbe  0 Comments
Advertisement

The World Food Program (WFP) of the United Nations says that Yobe has the highest number of malnutrition cases in Nigeria.

In a situation report released on Tuesday, WFP put the prevalence of global acute malnutrition at 11.4%, 11.3% and 5.6% in Yobe, Borno and Adamawa.

According to the report, 4.7 million people are food insecure in the three states and the figure is expected to increase to 5.2 million between June and August.

“According to ACAPS (briefing note April 12, 2017) the scale of population movement is worsening food security: returning refugees and IDPs are adding to the strain on both camps and host communities.

“The security situation remains fragile and unpredictable and is a significant impediment to humanitarian access.

“Furthermore, extremely high staple food prices limit the purchasing power of vulnerable households. The hike in prices is due to the economic recession, depreciation in the value of the naira, and the increased cost of transportation. Availability of food is also unstable.”

WFP said there are fears that floods will cut off some roads, leaving some areas inaccessible and as such worsen the crisis.

“In April, WFP will be targeting over 1.3 million people, expanding its food assistance to Adamawa state in line with the findings of the March Cadre Harmonisé.

“Timely disbursement of urgent financial support is needed to sustain an efficient and effective response and to prevent the worsening of the food security situation in the Northeast. Funding shortfalls are also currently limiting WFP’s capacity to undertake essential prepositioning ahead of the rainy season.”

TWITTER @thecableng
Copyright 2020 TheCable. All rights reserved. This material, and other digital content on this website, may not be reproduced, published, broadcast, rewritten or redistributed in whole or in part without prior express written permission from TheCable.
Tags
MalnutritionWorld Food Program (WFP)
Advertisement