You were elected president because votes counted in 2015, CDD tells Buhari 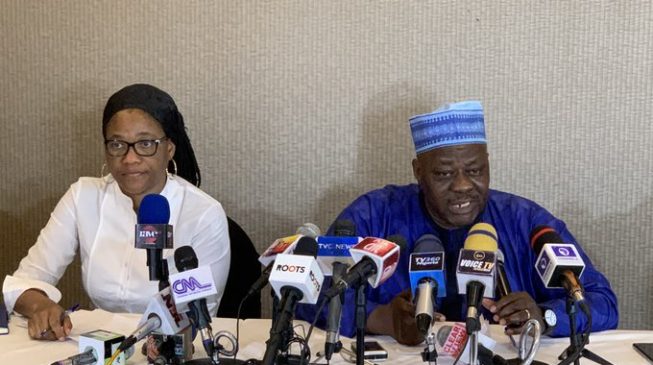 19:25 2019
Print This Article Share it With Friends
👤by Taiwo Adebulu  0 Comments
Advertisement

The Centre for Democracy and Development (CDD) has asked President Muhammadu Buhari to rescue the nation’s democracy from imminent collapse.

Hassan condemned the violence and disruptions in the two states, saying many voters were disenfranchised as a result of threats to their lives.

“CDD calls on President Muhammadu Buhari to urgently provide the leadership needed to rescue the electoral process, and by extension the entire democratic system from imminent collapse,” Hassan said.

“This call becomes imperative because Buhari was only able to ascend the Presidency through the historic 2015 elections because the electoral process allowed the votes to count.

“That watershed was a culmination of the electoral reforms initiated by President Umaru Musa Yar’Adua. At the moment, Nigeria’s electoral process requires a similarly bold and courageous leadership to chart a way forward and resolve the lingering challenges threatening to derail it.

“President Buhari owes this duty to all Nigerians; he cannot stand by and allow the continuous degeneration of our electoral system.”

Hassan said the election claimed the lives of no less than “10 citizens who died in various shooting incidents and attacks” across the state.

“Elections which would have enable everyday citizens express their democratic preferences were violently and crudely undermined by an unrelenting band of partisan outlaws,” she said.

“At the CDD Election Analysis Centre (EAC) in Kogi and Bayelsa from where we received field data and updates on the conduct of the polls, the sheer magnitude of the violent assault on the sanctity of the ballot was shocking beyond description. The outcome of a process that was so criminally subverted should not be allowed to stand.

“In clear terms, these incidents combined to damage the credibility of the polls.”

The CDD director also noted that violence and disruption of voting constituted 66.21 percent of the total reported incidents.

TWITTER @thecableng
Copyright 2020 TheCable. All rights reserved. This material, and other digital content on this website, may not be reproduced, published, broadcast, rewritten or redistributed in whole or in part without prior express written permission from TheCable.
Tags
CDDelectionPresident Muhammadu Buhariviolence
Advertisement