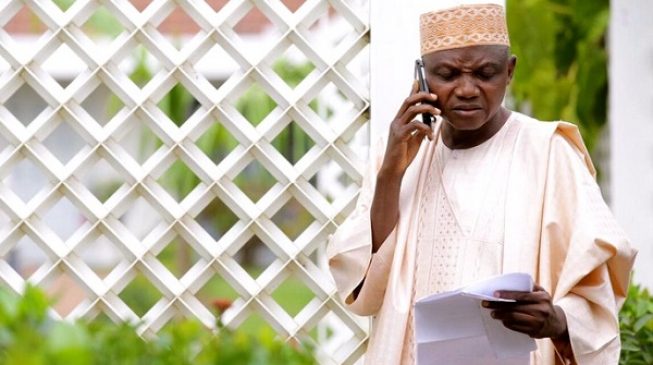 13:34 2019
Print This Article Share it With Friends
👤by TheCable  0 Comments
Advertisement

Garba Shehu, senior special assistant to President Muhammadu Buhari on media and publicity, says his principal has not banned food imports into Nigeria.

A week ago, Buhari had directed the Central Bank of Nigeria (CBN) to stop selling foreign exchange to anyone willing to use the hard currency for food imports.

After Buhari’s directive, the CBN said it would carry out the directive in phases.

“Don’t give a cent to anybody to import food into the country. We have achieved food security, and for physical security we are not doing badly,’’ Buhari was quoted to have said.

The article suggested that Buhari had approached forex policy similarly when he was military dictator in the 1980s.

Shehu, who described the article as bizzare, said the government was no longer going to give official foreign exchange for agric imports, but importers were free to source forex elsewhere.

“Your article, ‘Muhammadu Buhari sparks dismay over policy shift on food imports (15 August)’, suggests the Nigerian Government is restricting the import of agricultural products into the country,” Shehu wrote.

“This is simply incorrect. To be absolutely clear, there is no ban – or restriction – on the importation of food items whatsoever.

“President Buhari has consistently worked towards strengthening Nigeria’s own industrial and agricultural base. A recent decision sees the Central Bank maintain its reserves to put to use helping growth of domestic industry in 41 product sectors rather than provide FOREX for the import of those products from overseas.

“Should importers of these items wish to source their FOREX from non-government financial institutions (and pay customs duty on those imports – increasing tax-take, something the FT has berated Nigeria for not achieving on many occasions), they are freely able to do so.

“Diversification of FOREX provision towards the private sector and away from top-heavy government control, a diversification of Nigeria’s industrial base, and an increase in tax receipts, are all policies one might expect the Financial Times to support.

“Yet for reasons not quite clear, the author and this newspaper seem to believe the President’s administration seeks to control everything – and yet do so via policies that relinquish government control.

“We look forward to the next installment of Mr (Neil) Munshi’s bizarre and puzzling article series.”