Yuguda: Aircraft can only be hijacked but I was accused of stealing one 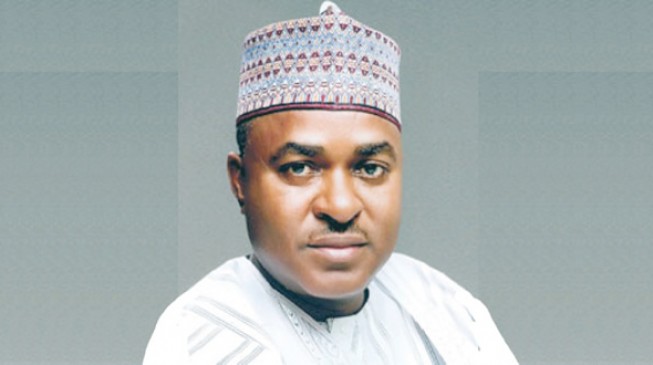 18:24 2017
Print This Article Share it With Friends
👤by Dyepkazah Shibayan  0 Comments
Advertisement

Isa Yuguda, a former governor of Bauchi state, says an aircraft can only be hijacked but he has been accused of stealing one.

After handing over to Mohammad Abubakar, the incumbent governor, in 2015, Yuguda was accused by the Bauchi state government of “stealing” over 20 cars and an aircraft.

But while appearing before an ad hoc investigating the alleged harassment of Bauchi citizens by the state’s police command, Yuguda said Abubakar got the cooperation of the police to go after commissioners and and other government officials who served during his eight-year governorship tenure.

“I’m the only governor that handed over to my governor in Bauchi state, I’m saying this with all sincerity — no ill-feeling against the incumbent governor that took over from me. I did everything to ensure a smooth transition and immediately I handed over there was hostility and I read in the papers that I stole an aircraft,” the former governor said.

“In fact, since 1914 that the Wright brothers invented the aircraft, no aircraft has ever been stolen; you can only hijack an aircraft.

“But that was reported in the papers — that my family has stolen 20 cars. In fact, he got the corporation of the police to go after my former commissioners and other civil servants and also honourable members that served under me, who followed the due process in disposing property — property they requested for either cars or houses.

“They broke into those houses and took cars; the court has given a ruling against the government, and the cars have been returned.”

He also accused Ahmed Zaki, commissioner of police in Bauchi state, for placing him under house arrest in November 2016.

“Zaki stated that [from] the following day November 26, 2015, I was barred from moving out of my residence,” Yuguda said.

“This is a man who claimed there was insecurity in the state and neither did he send a policeman to receive me at the airport nor deploy a single policeman to protect me at my residence except the DPO in my GRA who sent a policeman to welcome me.

“I further asked him if he placed me under house arrest or what is legally termed false imprisonment. He rather banged the phone on me.”

After his submission, the committee, chaired by Gabriel Onyenwife, said that the Zaki, who was present at the hearing, should be given time to respond to the allegations.

The committee said that certain individuals in the Bauchi government may also be invited to explain their roles in the allegations.

The committee further adjourned hearing into the matter to February 2.

TWITTER @thecableng
Copyright 2019 TheCable. All rights reserved. This material, and other digital content on this website, may not be reproduced, published, broadcast, rewritten or redistributed in whole or in part without prior express written permission from TheCable.
Tags
Bauchi stateIsa YugudaMohammed AbubakarNigerian police
Advertisement