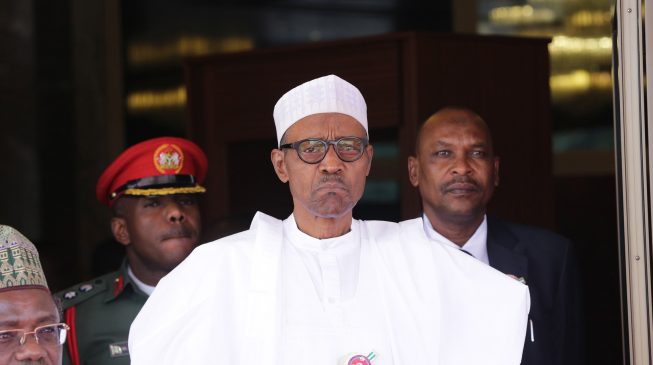 19:08 2017
Print This Article Share it With Friends
👤by TheCable  0 Comments
Advertisement

President Muhammadu Buhari is displeased with the security operatives in charge of the presidential villa for allowing his son, Yusuf, to go power-bike racing.

Yusuf Buhari had a bike accident Tuesday night around Gwarimpa in the Federal Capital Territory, Abuja.

He was trying to overtake his friend when he suddenly veered off the road. He sustained a head injury and broke one of his limbs.

TheCable learnt that the president made his displeasure known when he visited his son at the Cedacrest Hospital, Abuja.

Meanwhile, Aisha Buhari, wife of the President, who was in Adamawa when she received the news of her son’s bike crash, is said to have been placed on bed rest at the same hospital.

A top government source disclosed that after being prevented from seeing her son because of the severity of the accident, she feared the worst, collapsed and had to be revived.

TWITTER @thecableng
Copyright 2020 TheCable. All rights reserved. This material, and other digital content on this website, may not be reproduced, published, broadcast, rewritten or redistributed in whole or in part without prior express written permission from TheCable.
Tags
President Muhammadu BuhariYusuf Buhari
Advertisement