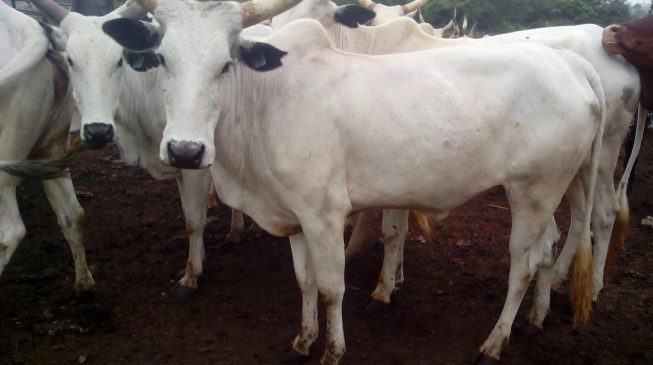 12:13 2019
Print This Article Share it With Friends
👤by Ebunoluwa Olafusi  0 Comments
Advertisement

Bello Matawalle, governor of Zamfara state, has announced plans to establish Ruga settlement in the state.

Matawalle disclosed this while hosting Femi Gbajabiamila, speaker of the house of representatives, in the state.

The federal government had proposed the initiative to resolve the clashes between farmers and herdsmen but following the controversy that trailed it, the government suspended it.

While some governors welcomed it, others had said it could lead to more attacks on communities.

Matawalle thanked the speaker for the concern shown by the legislature and announced that his administration had concluded plans to establish three Ruga settlements, one in each of the three senatorial districts of the state.

“We in Zamfara have embraced the Ruga concept and will establish three of such in our three senatorial districts,” Matawalle said.

“Already 100 hectares of land each has been earmarked for this purpose where schools, clinics, water and grazing reserves will be provided. This will go a long way in resetting the herdsmen and avert the return of banditry in the state.”

On his part, Gbajabiamila said the essence of his visit was to make an on-the-spot assessment of the state as well as interface with the stakeholders so that the house of representatives will make informed decisions on “whatever they will discuss regarding peace on Zamfara”.

He commended the governor for initiating the peace dialogue with bandits in the state, saying that Matawalle is charting a new course with the reconciliation efforts.

He said members of the house of representatives will initiate an empowerment programme to “pull the people out of poverty”.

“I commend your governor for his success in so short a time,” he said.

TWITTER @thecableng
Copyright 2020 TheCable. All rights reserved. This material, and other digital content on this website, may not be reproduced, published, broadcast, rewritten or redistributed in whole or in part without prior express written permission from TheCable.
Tags
Bello MatawalleFemi Gbajabiamilapeace initiativeZamfara state
Advertisement