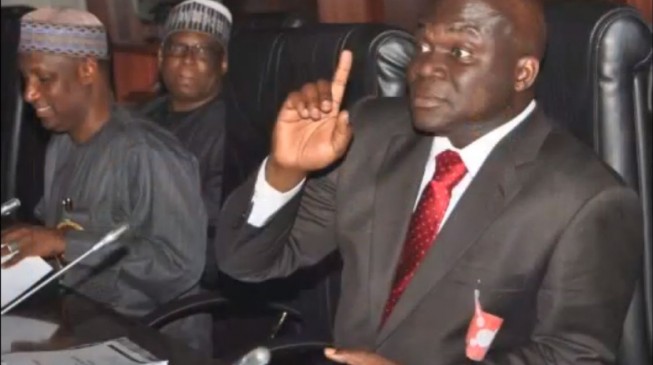 08:12 2016
Print This Article Share it With Friends
👤by Taiwo George  0 Comments
Advertisement

Reuben Abati, spokesman to ex-President Goodluck Jonathan, has told Femi Fani-Kayode and Reno Omokri, both supporters of the immediate past president, that Mark Zuckerberg, founder of Facebook, does not care about “local fights”.

The duo were recently involved in a public spat over Zuckerberg’s description of the Hausa Language as unique.

Fani-Kayode had expressed reservations, but Omokri, who saw nothing wrong with the Facebook founder’s position, bared his mind on the issue.

Reacting to the hot exchanges between his “two friends, colleagues and brothers”, Abati said the major object of interest for the tech guru is Facebook.

“The Facebook CEO had said Facebook will promote the use of Hausa Language, some reports indicated he had said he loves Hausa language, and then a storm followed, resulting in a hot, healthy spat between two friends, colleagues and brothers of mine, Femi Fani-Kayode(@realFFK) and Reno Omokri (@renoomokri), with one claiming that Americans are promoting Northern hegemony (John Kerry, now Zuckerberg and Facebook), and the other saying it is not a big deal, and in the exchange, we got some lectures about Nigeria’s ethnic and hegemonic politics,” said Abati in a recent piece.

“Eyin boys, FFK and Reno, Zuckerberg doesn’t really care about the local fights we fight: he wants to create new markets and if promoting Hausa on Facebook will create more customers in that part of Nigeria, so be it.”

Abati said Zuckerberg, who has Igbos, Yorubas and other Nigerians in his team, is interested in their intellect, and not where they come from.

On the billionaire businessman’s promise of adopting more Nigerian languages on Facebook, Abati advised him to take into consideration, the multiplicity of languages in the country.

“On Wednesday at a town hall meeting, Zuckerberg more or less edited himself by saying “I am glad we support Hausa, and we are planning on supporting more languages soon.” He didn’t specify what those other languages are,” he wrote.

“I hope he knows Nigeria has over 400 languages and ethnic groups, and they all form part of the Nigerian Facebook community. He should tread carefully here, because I am not too sure Facebook can adopt Yoruba language before Igbo, or vice versa, without a social media war on its hands, and if Facebook chooses to accommodate the three major languages in Nigeria, it could be confronted with a major battle over minority rights on its platform. We are like that in this country, Mark.”

The writer also highlighted the significance of the visit, emphasising how it could correct the erroneous impression that Nigeria is unsafe.

TWITTER @thecableng
Copyright 2019 TheCable. All rights reserved. This material, and other digital content on this website, may not be reproduced, published, broadcast, rewritten or redistributed in whole or in part without prior express written permission from TheCable.
Tags
femi fani-kayodeGoodluck JonathanReno Omokrireuben abati
Advertisement